It's a promising proof-of-concept approach, but is unlikely to be feasible for everyone with HIV. 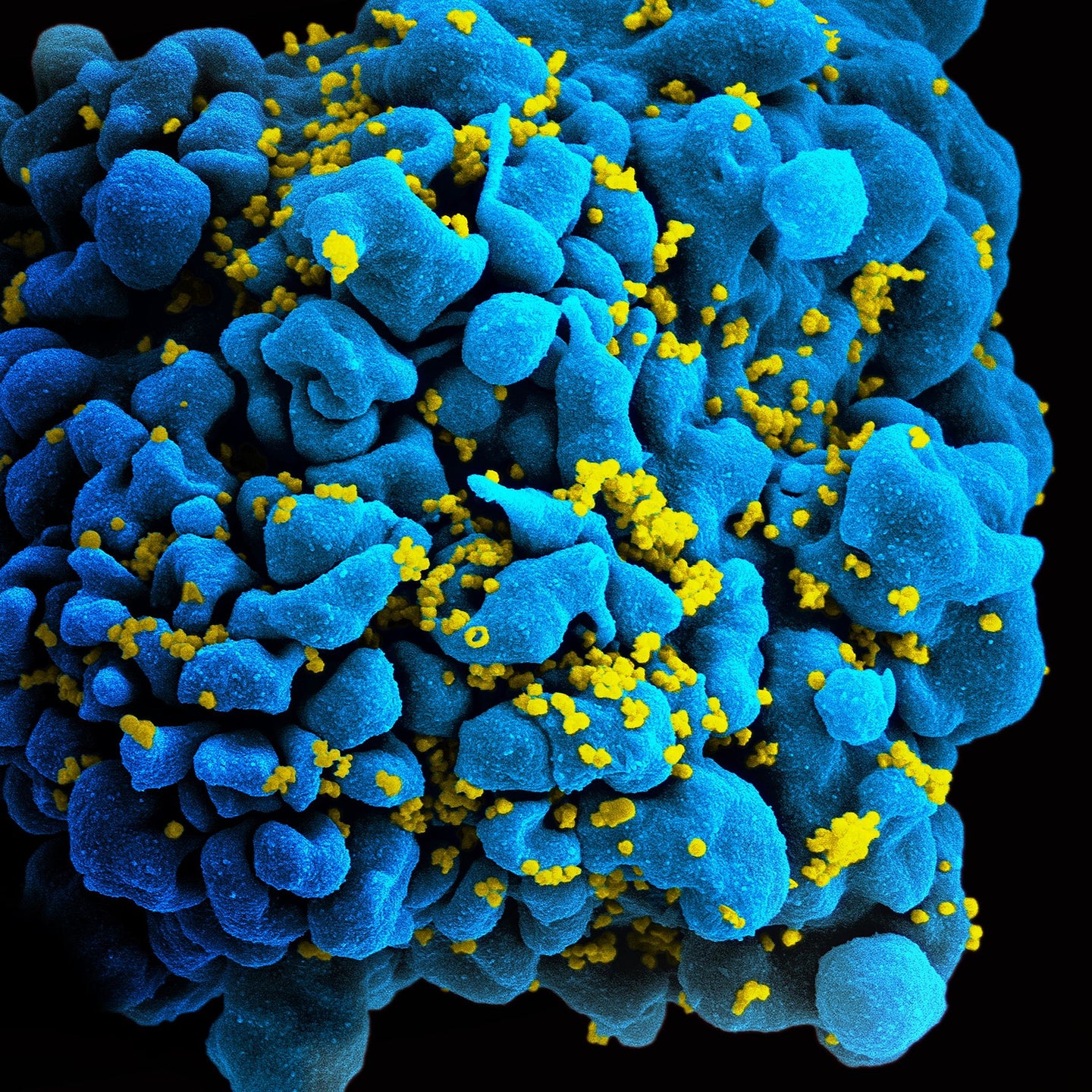 An HIV-infected T-cell, under an electron microscope. NIAID
SHARE

A middle-aged, mixed-race woman is now the third person to be cured of HIV after receiving donated stem cells with an HIV-resistant mutation from umbilical cord blood.

The woman, referred to as the “New York patient,” also had leukemia, and received the umbilical cord blood four years ago to treat her cancer. Since then, her HIV has been in remission. She is the first woman and the first mixed-race person to be cured of HIV through this blood transplant method, which is  a variation of a previously successful treatment. Two previous patients, Timothy Ray Brown or “the Berlin patient,” and Adam Castillejo or “the London patient,” received adult stem cell transplants in 2008 and 2016, respectively. Brown has since passed away from cancer—though his HIV stayed in remission.

Brown, Castillejo, and the New York patient all received transplants as part of their cancer treatment. All three developed immune systems that could fight off the virus, because the transplant donors had HIV-resistant mutations. This treatment has not been attempted in anyone with HIV who also does not have cancer.

The woman who received cord blood also experienced smoother recovery than the two men who received adult stem cells—Brown and Castillejo both experienced graft versus host disease, in which the donated stem cells attack the host’s body. She was able to leave the hospital by day 17 after her surgery.

A wider pool of patients could potentially receive this cord blood treatment as opposed to adult stem cells—donor registries are mostly Caucasian, which makes finding a donor (and especially one who has an HIV-resistant mutation) exceptionally difficult for people of color.

“The fact that she’s mixed race, and that she’s a woman, that is really important scientifically and really important in terms of the community impact,” Steven Deeks, an AIDS expert at the University of California who was not involved with this patient’s case, told The New York Times. Globally, 52 percent of adults living with HIV are women, and yet women make up just 11 percent of participants in HIV treatment trials.

Sharon Lewin, president-elect of the International AIDS Society, told The Washington Post that this is an exciting case, but ultimately not realistic for the masses of people dealing with HIV infections. “A bone-marrow transplant is not a viable large-scale strategy for curing HIV, but it does present a proof of concept that HIV can be cured,” she said. Not every patient will be able to undergo a bone marrow transplant, but for those who do, this is promising.

The doctors involved with the New York patient are nevertheless excited at the success and potential that umbilical cord stem cells offer for future treatments. “This provides hope for the use of cord blood cells … to achieve HIV remission for individuals requiring transplant for other diseases,” Yvonne J. Bryson, an infectious-diseases physician at the David Geffen School of Medicine at the University of California at Los Angeles who presented the case, told The Washington Post.

Why this transplant with umbilical cord stem cells worked better than those with adult stem cells is still unknown. Perhaps they’re more adaptable, Deeks told The New York Times. “Umbilical stem cells are attractive,” he added. “There’s something magical about these cells and something magical perhaps about the cord blood in general that provides an extra benefit.”