For the second time ever, someone was spontaneously cured of HIV

Could this change our understanding of the immune system? 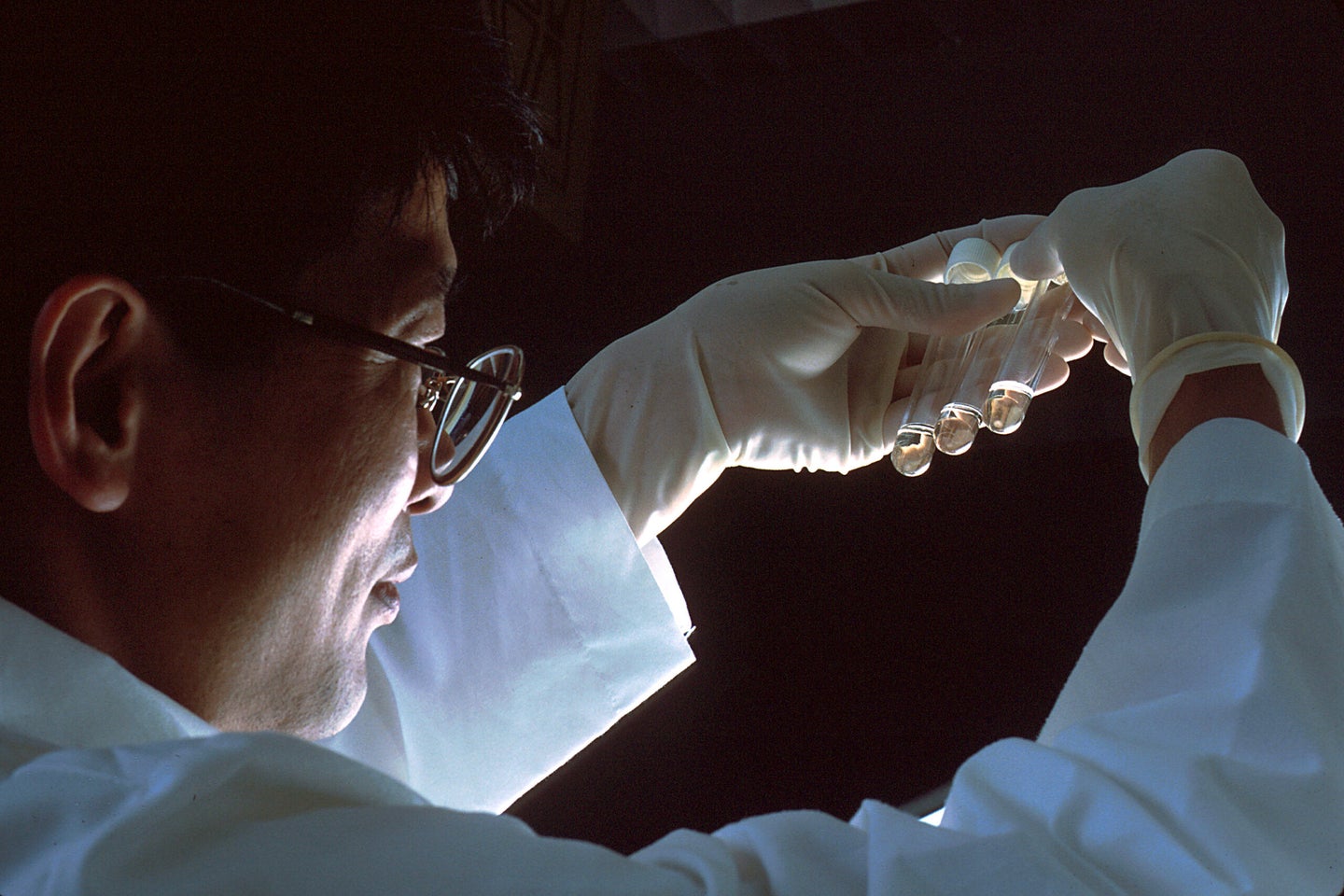 Uncovering more people who may have naturally achieved a sterilizing cure would help shed light on how the immune system could be galvanized to quash the virus. NIH
SHARE

A second person with HIV seems to have cleared the infection without stem cell treatments, raising optimism for efforts to develop a cure or vaccine. Researchers could find no evidence of intact virus in the patient, a 30-year-old woman from Esperanza, Argentina who’d been diagnosed eight years prior.

“Examples of such a cure that develops naturally suggest that current efforts to find a cure for HIV infection are not elusive, and that the prospects of getting to an ‘AIDS-free generation’ may ultimately be successful,” Xu Yu, of the Ragon Institute of Massachusetts General Hospital, MIT, and Harvard, told CNN in an email.

Yu and her colleagues reported the findings on November 15 in Annals of Internal Medicine. The team previously described the first-known person—a 67-year-old woman named Loreen Willenberg—to naturally achieve this so-called sterilizing cure last year in the journal Nature. Additionally, two other cases of a sterilizing cure have been reported in people with HIV who received bone marrow transplants (also known as stem cell transplants).

About 38 million people are currently living with HIV, which if untreated causes AIDS. During infection, HIV inserts copies of its genetic material, known as proviruses, into the DNA of the host’s own cells. This creates a viral reservoir that allows HIV to hide from the immune system.

Antiretroviral therapy can prevent the virus from replicating, thereby reducing the amount of HIV in the blood, or viral load, to undetectable levels. However, it doesn’t get rid of the viral reservoir.

Yu and her team have spent years studying a group of people called elite controllers, who maintain viral reservoirs but can keep the infection under control without antiretroviral drugs. Some individuals are also able to suppress the virus after they stop treatment. In the incredibly rare instances of a sterilizing cure, though, the person has apparently eradicated the viral reservoir, whether through stem cell transplants or their natural immune response.

The newly-reported Esperanza Patient was diagnosed with HIV in 2013. She didn’t receive regular treatment except while pregnant and ultimately delivered an HIV-negative baby in March 2020. The researchers examined more than 1.5 billion cells in blood and placental tissue samples taken from 2017 to 2020. They found only seven defective proviruses.

It’s possible that the virus is still lurking in some organ that the researchers weren’t able to test, says Luis Montaner, leader of the HIV research program at the Wistar Institute in Philadelphia, who wasn’t involved in the research. This means that scientists cannot be 100 percent certain that a sterilizing cure has taken place.

Nevertheless, “this individual has no evidence of the potential to have an intact copy from which the virus would be read and produced,” Montaner says. “Now the question is, how did this happen?”

Several aspects of the Esperanza Patient’s case are intriguing. She received a negative HIV test in 2011 and was presumably infected later by her partner, who was carrying a substantial viral load when tested in February 2013. It’s unclear how long or to what extent she might have been exposed to the virus before herself becoming infected. The Esperanza Patient’s immune system may have built up some degree of resistance to the virus during this window, Montaner says. If so, her experience could provide insights for HIV vaccine development.

[Related: The first mRNA-based HIV vaccine is about to start human trials]

When the researchers analyzed the genetic sequence of the handful of defective proviruses they’d detected, they found distinctive mutations that suggest the virus had time to evolve to resist the immune system’s initial defenses. This raises another exciting possibility.

“We’ve always had the notion that once the virus starts to evolve and replicate there’s no turning back, meaning that the virus is in, period,” Montaner says. But if the Esperanza Patient managed to eradicate the virus even after this point, he says, “There is more hope that the immune system can be more powerful than HIV if adequately stacked against the virus.”

Yu told CNN that it’s likely many parts of the immune system working independently contributed to the Esperanza Patient’s success. Uncovering more people who may have naturally achieved a sterilizing cure would help shed light on how the immune system could be galvanized to quash the virus.

“This report is really exciting in multiple dimensions, but it also raises a lot of questions that we cannot answer with a single case,” Montaner says.

Still, “this gives us a lot of hope about the future for a cure,” he adds. “It says we’re not chasing something that is impossible.”

The case of the Esperanza Patient may even have implications for research on other viral illnesses that are adept at evading the immune system.

“The answer to this outcome is likely tied to a very basic immune mechanism,” Montaner says.

“If that’s the case, then that is transferable across the board.”