They're physically capable, and boy do they sound terrifying 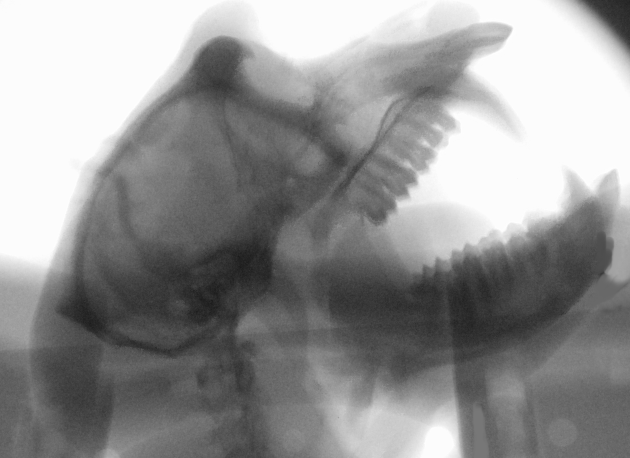 Macaques, a genus of primates found in Asian and Africa, have the physical capacity to speak in language, according to a study published today in Science Advances. Using X-rays, researchers were able to determine the range of motion of macaque vocal structures.

Using the computer model of the vocal tract, the researchers discovered that a macaque could, in theory, “produce comprehensible vowel sounds–and even full sentences–with its vocal tract if it had the neural ability to speak.”

But thank goodness they aren’t chatty, because apparently they would sound absolutely terrifying. Here’s the sound of a robotic macaque proposing marriage, which will surely haunt all of our dreams:

Macaques are an old genus whose vocal structures likely evolved a long time ago. For researchers studying human evolution, this suggests that proto-humans had a wide vocal range long before developing speech as we know it. If so, the key to language development could the combination of the ability to experiment with sound and a brain sophisticated enough to remember and interpret those sounds. Or, as the authors put it: “The findings suggest that human speech stems mainly from the unique evolution and construction of our brains, and is not linked to vocalization-related anatomical differences between humans and primates.”

Should future macaques somehow gain that mental capacity, we can only imagine the kind of questions they’d ask.