Scientists can now control mice with radio waves and light

The tiny mammals, not the computer accessories 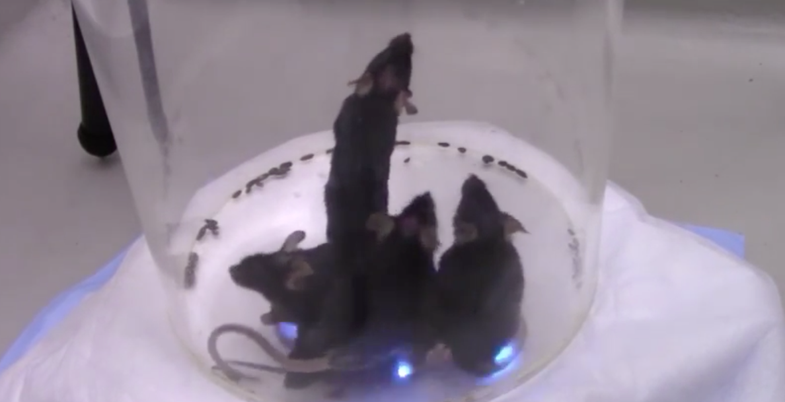 The mouse didn’t plan to run in circles. It was just moseying about in its mousey little way when, with a flight of a switch, a light went off in its brain. In that moment, running in circles became the mouse’s sole purpose for being. This was a literal light, surgically installed inside the mouse’s skull. Powered wirelessly by radio waves, the light triggered photosensitive neurons and changed how the little mouse moved.

This research comes to us from IEEE Spectrum, in the story A New Kind Of Wireless Mouse. Ada Poon, an associate professor of electrical engineering at Stanford University, wrote up the results of the study, and the new, minimally obtrusive way to direct the small lab mammals. Previous experiments have controlled mice wirelessly, but the implements they used meant large batteries attached to the mice. The cumbersome power supply, while enabling wireless control, meant the mice were limited in the task they could perform.

Before Poon’s team could make the mouse walk in circles, they first had to make sure the neurons in the mouse responded to light. Writes Poon:

With that in place, the neuron responds to light as though it had just fired normally, sending a signal to the mouse and, in this case, making it walk in circles. A radio frequency generator, calibrated to the resonance of the mouse itself, was installed under the experimental cage. Every time the mouse stepped in the cage, the signal would travel through the mouse and activate the light, sending the mouse circling around the cage again.

Read more about the device, and check out a video of it below: