Pilots sleeping in the cockpit could improve airline safety

Airline pilots are often exhausted. An extreme example happened in 2008, when a pilot and a co-pilot both fell asleep... 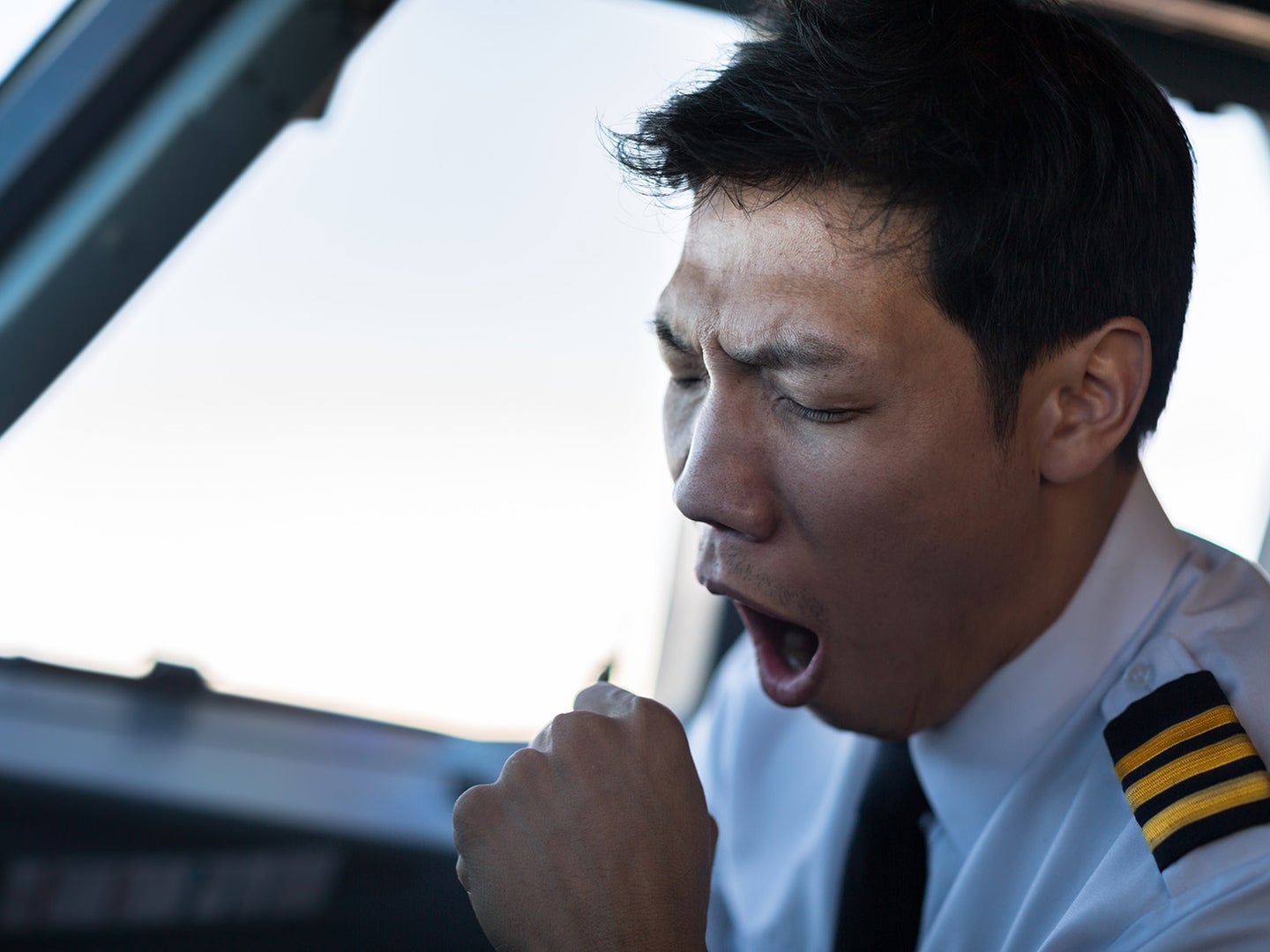 Airline pilots are often exhausted. An extreme example happened in 2008, when a pilot and a co-pilot both fell asleep at the controls, missing their landing in Hawaii – earning pilot’s license suspensions as well as getting fired. More recently, overtired pilots came very close to landing on top of another airplane at San Francisco International Airport in 2017.

It’s not uncommon for a pilot for a major commercial airline to, for instance, start work in Florida at 5 p.m., with her first flight departing an hour later for a five-hour trip across the country, arriving in California just after 8 p.m. local time. Then she might get a short break and fly a 90-minute short-hop flight to to another California city. When she lands from this second flight, she has spent six and a half hours of the last nine in the cockpit. She is also three time zones from where she started work, and her body thinks it’s 2 a.m. There’s no doubt she’s tired – and she’s lucky not to have encountered any schedule adjustments for aircraft maintenance or weather delays.

The airline industry and the government agency that regulates it, the Federal Aviation Administration, have taken steps to reduce pilot fatigue, but many pilots and others remain worried that two pilots are required to remain awake and alert for the entire flight, though one or both may be dealing with symptoms of fatigue. One possible suggestion is letting pilots take brief naps in the cockpit. As researchers of consumer opinions about the airline industry, we’ve found that the American public is wary of this idea, but may feel better about it once they’ve heard an explanation of how it actually makes their flights safer.

Pilot fatigue can be difficult to predict or diagnose – especially since tired pilots usually manage to take off, fly and land safely. Even when something goes wrong, accident investigators may have little evidence of fatigue, except perhaps the sound of someone yawning on cockpit audio recordings.

In 2014, the FAA imposed the first new pilot-rest rules in 60 years, limiting overall on-duty time and flight hours per day depending on when a pilot’s shift starts. The rules also established a process by which pilots can report fatigue without being disciplined by their airlines or the government.

Resting in the cockpit

It’s widely known that a short nap can improve a pilot’s alertness. Some planes, such as those commonly used on long international flights, have beds their pilots and other crew can use, but smaller planes don’t have the space. Only flights that are longer than eight hours require an additional pilot to be on board so one pilot at a time can rotate out for rest. On shorter flights, U.S. regulations expect both pilots to remain alert for the entire length of the flight, without any chance for rest during the flight.

The rules are strict. The Air Canada Flight Operations Manual, for instance, says a pilot who wants to rest must notify the co-pilot and a flight attendant. The pilot can sleep for no more than 40 minutes, and must wake up at least half an hour before the descent for landing. They get the first 15 minutes after the nap to fully awaken, during which they can’t resume actually flying the plane, unless they need to help deal with an emergency.

As consumer opinion experts, we have conducted a series of studies to see what members of the public think about letting pilots use this CRIP procedure to nap in the cockpit. In general, people are less willing to fly when they know a pilot might be allowed to sleep at the controls, and women are less willing than men.

In our research, we find that this is mostly attributed to fear, because they don’t understand the benefits of pilot naps. Some of our earlier work has shown that when consumers understand the value of a new procedure, they’ll feel better about it. It seems likely that explaining to people how better-rested pilots makes a flight safer could help more people feel comfortable flying in a plane where the CRIP procedure is allowed.

What do pilots think?

In a follow-up study, we asked pilots what they thought about being allowed to rest in the cockpit during flight – and they were much more enthusiastic than nonpilots. Seventy percent of pilots favored allowing CRIP. On average, all participants who completed the survey felt that naps of 45 minutes should be approved, which was closely related to the 40 minutes suggested by scientific evidence. They also recognized the need for the pilot to be awake at least 30 minutes before beginning the descent to landing. Overall, the participants thought there were very few potential problems with CRIP and said it would be useful.

However, some pilots did express worry about unintended consequences of CRIP implementation. The airlines, knowing that pilots could take naps during the flight, might be tempted to impose more rigorous flight schedules that would eliminate any benefits derived from CRIP. Lastly, participants commented on how this procedure is already being used by international carriers such as Air Canada and Qantas with success. So far, those companies’ crews have not registered widespread complaints about abuse of scheduling practices, and none of the survey respondents who fly for those airlines complained about this potential problem.

Will the US allow it?

It is hard to say whether the FAA would ever move to let U.S. pilots nap in the cockpit. The scientific research provides empirical evidence as to its advantages, and while consumers are somewhat hesitant, pilots seem very supportive of it.

What is clear is that fatigue in the cockpit remains a threat to the aviation industry worldwide. Given the scientific evidence supporting CRIP to counter fatigue, clearly there is value in considering how it could improve aviation safety. Perhaps it’s time to listen to the pilots we trust to fly these airplanes and let them rest when they need to – within reason, and so they can fly more safely.

Scott Winter is an Assistant Professor of Graduate Studies, and Stephen Rice is a Professor of Human Factors at Embry-Riddle Aeronautical University. This article was originally featured on The Conversation.