Navigation Device Lets You Feel Your Way Through A City

A guide that sits in the palm of your hand 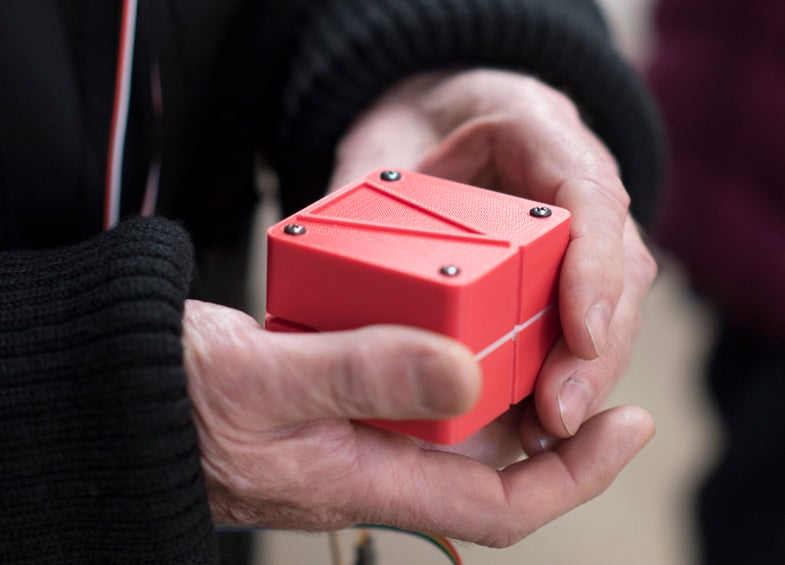 Navigating through a crowded city like New York or London can be a challenge, especially for those who are visually impaired. Adam Spiers, a postdoc in robotics at Yale University, set out to create a tool that helps visually impaired individuals easily follow navigation instructions. His tool, a 3D printed device called Animotus, sits in the palm of your hand and changes shape to guide you to your destination by touch.

The Animotus communicates in two ways. The top piece twists right and left to indicate the direction the traveler should turn, and slides forward to show how far in that direction the user should move. Once it’s ready for the next directional step, the top piece slides back into its original place.

“The idea is that it relies only on the sense of touch,” Spiers said. Spiers opted out of using vibrations or sounds as they can quickly become distracting for visually impaired individuals, especially in a big city where pedestrians are constantly bombarded by noise.

How the Animotus device works

The project was funded by NESTA, an independent charity organization in the United Kingdom. To test out his product, Spiers partnered with the British theater company Extant, and adapted a version of Flatland–a satirical novel about a fictional two-dimensional world–around the Animotus device. Audience members, both sighted and visually impaired participants, became the actors and were guided around a pitch-dark stage (which happened to be the inside of an old church). They followed the Animotus device’s instructions to reach various destinations. In addition, participants listened to other actors read the narrative and heard sound effects that told the rest of the story. By the end of the play, participants became so comfortable with their Animotus devices that they didn’t want to give them up, said Spiers. “It was quite endearing for me to see them become so attached to to the device.” 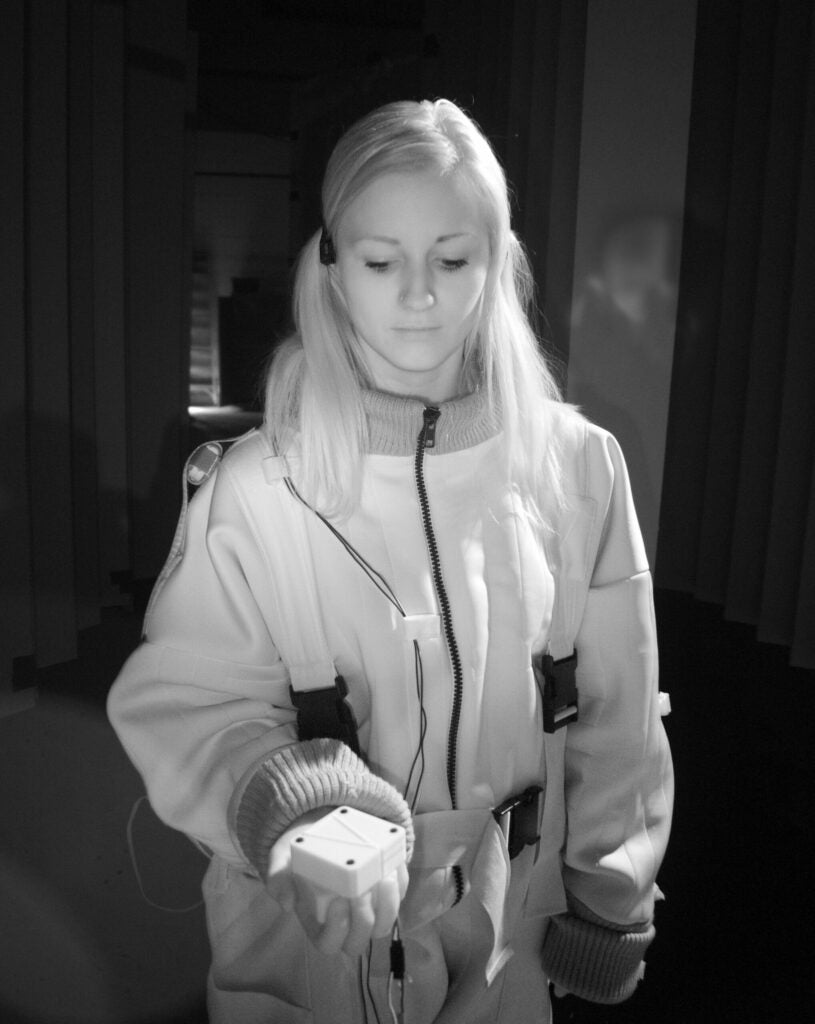 An audience member using the Animotus device in the play

The current version of Animotus works with wireless location sensors mounted on the walls of the space where it operates. The ideal next step, according to Spiers, will be to enable it to connect to smart phones and other GPS devices so that it can be used as an alternative to staring at a screen to find a new location. He also hopes to see how the device works when used in the middle of a busy street as well as with different terrains, such as a hiker using it to find her way. While the Animotus is still far from mass production, Spiers envisions the tool as an easier way for both visually impaired and sighted individuals to find their way.