French police have abandoned in-progress searches for missing adults and will no longer accept new search requests. Instead, families should turn to social media, the government announced. 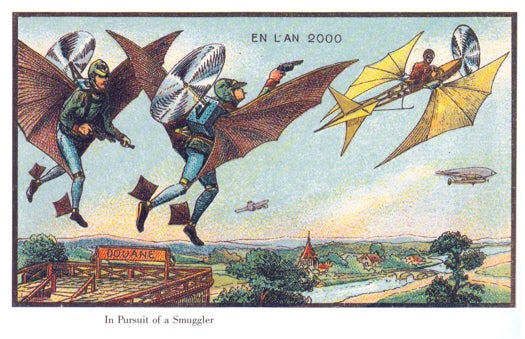 An almost century-old program in France is coming to an end. “Searches in the interest of the family” became a function of French police after World War I to reunite families disrupted by the conflict. Now, in a letter to police chiefs nationwide, the French Ministry of the Interior is telling police departments to end in-progress searches and refuse new requests to search for missing adults, unless there are signs the person may be in danger. Instead, police should direct people towards social networks.

In a way, this is a logical result of technology performing a task better than government can. In the early 20th century, police had one of the better networks for information, especially when they were organized on the national level, like in France. Combined with a governmental proclivity to collect information on citizens, be it for taxes or land registry or through other legal documents, the best place to find information on someone was in government records. It made sense, then, that a bureaucracy already tasked with finding and recording information on persons of interest would be a natural fit for reuniting families.

These days, social media networks allow private citizens to easily dig up information on just about anyone. A single individual with a internet access today may be more equipped to find a missing person than an entire police department was a century ago.

French police aren’t abandoning all missing person searches—those in danger, like crime victims, missing children, or suicidal people, fall under a different procedure, one still very much in line with police operations. Instead, police are handing off the less urgent requests, like finding a deadbeat behind on child support payments, to citizens themselves.

It’s a brilliant labor-saving move by the French police, but it has an uncomfortable footnote. What does it mean when social media companies possess far more information about us than governments a century ago had about our great-grandparents?