Facebook Now Lets You Broadcast Your Own Live Streaming Video

For iPhone only, but on Android soon, along with other big new features 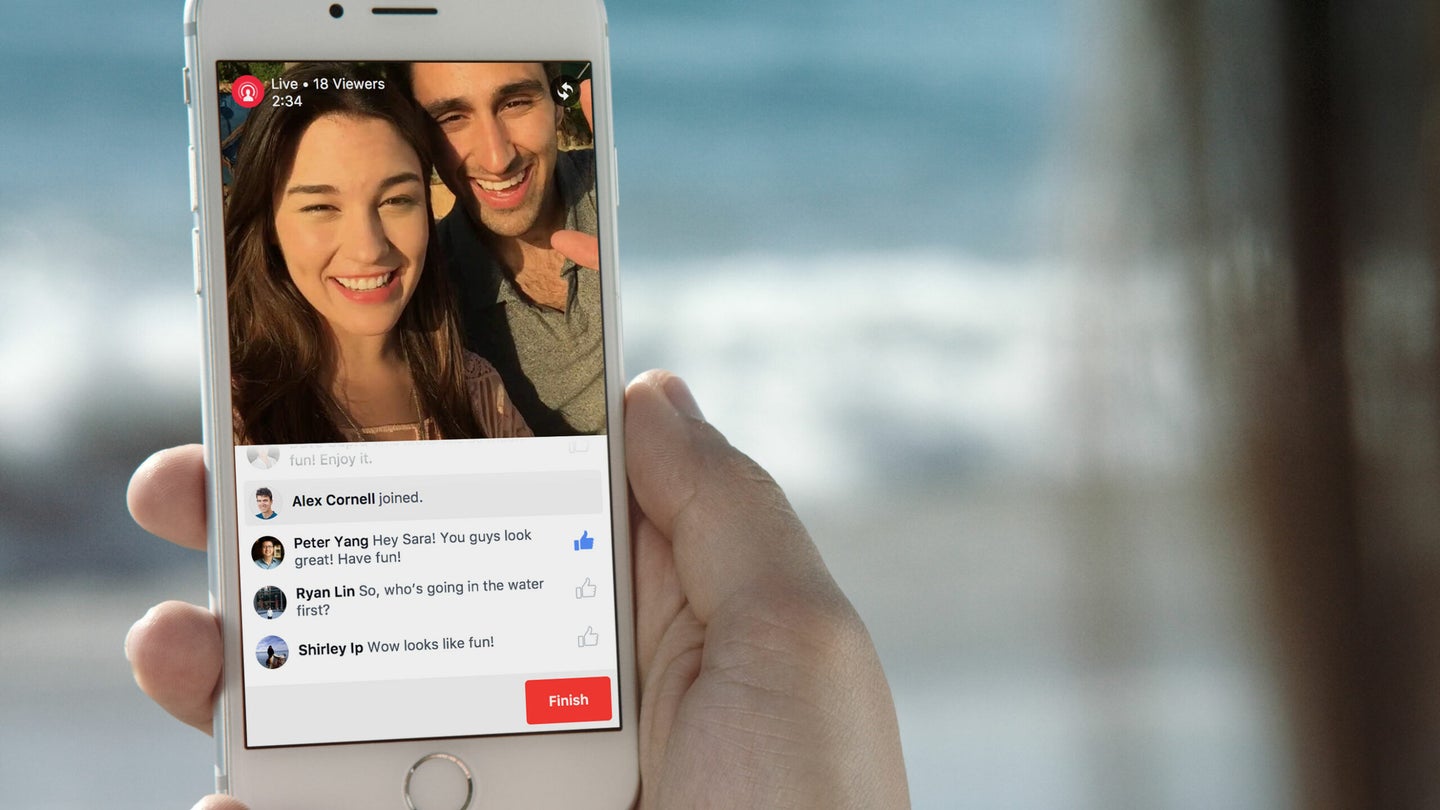 Facebook announced three big new features today for its mobile app: live streaming, photo and video montages called “Collages, and a new dropdown menu for updating your status. The features are initially restricted to iPhone users in the U.S., but will eventually come to Android users as well. Facebook also appears to be testing a new concert ticket purchasing feature in San Francisco, but that isn’t widely available yet. Here’s a rundown:

Live streaming video apps have been a round for a few years, but the crazy really kicked off earlier this year with the app Meerkat, followed shortly by Twitter’s Periscope, which allowed users to directly interact with their viewers. Never one to be one-upped, Facebook introduced the ability to livestream video in August with a feature called Live, but it was initially only for celebrities.

Facebook finally began rolling out Live for all users today. But right now, you can only do it if you’re a select iPhone user in the US.

To begin livestreaming, tap the “Update Status” button and choose the Live Video icon (it looks like a silhouette with two halos).

Much like Periscope, you can describe what you’re filming before the broadcast begins, as well as the number of viewers who are watching you and a live feed of comments. You’ll also have the option to be notified when the streamer you’re watching goes live again.

Unlike Periscope though, you’ll only be able to see the names of your friends who are watching you. Additionally broadcasts will automatically save to your timeline. Periscope videos-on-demand (or VODs) have to be downloaded as soon as a broadcast ends and are only able to be replayed for 24 hours.

Photo albums are so 2014 (or, so “almost 2015,” at this point). Today Facebook introduced Collage, a new montage tool that lets you stitch together photos and videos. Collages are available for all iPhone users and are coming to Android in early 2016.

When you tap on the “Photo” button at the top of the Facebook app, your recent pictures and videos taken together will automatically be grouped into a new Collage. Facebook’s algorithms will try to group the images and video in a way that makes sense, but you can edit it yourself by adding, removing or rearranging the content, as well as adding a title before you publish.

Google offers a similar feature in its free Google Photos app that also relies on artificial intelligence to group photos and images from the same time period or event.

Now that Live is available as a status update, Facebook is testing a new status update menu for select Android and iPhone users. By tapping “What’s on your mind?” the menu will appear, and can contain any future sharing features Facebook creates in the future. 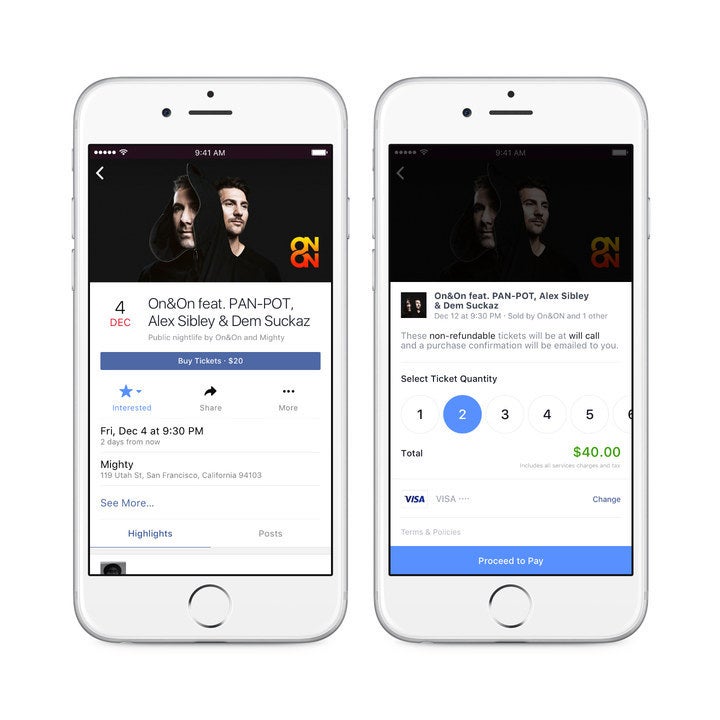 Buzzfeed News writes that “[Facebook] is partnering with a small group of independent venues, artists and event promoters in the San Francisco Bay Area for the pilot.” On these select events pages, a “Buy Tickets” button will appear.

Ticket sales will be completed via third-party sites, so your purchase will happen outside of the social network. However, your confirmation email will go to the address you have listed on Facebook. Facebook will not receive any profits from the ticket sales.

While it remains to been if this feature actually expands widely to other markets or all of Facebook, the idea is a provocative one, and marks a new area of ambition for the social network. It may also prove challenging and even somewhat contradictory alongside Facebook Live, as other livestreaming apps have been used to broadcast concert footage, which could anger some musicians or event owners.

Still, taken together, the updates show that Facebook isn’t resting on its laurels as the world’s most popular social network with over 1.5 billion monthly active users. And if even a fraction of those users try out these new features, they could instantly create lots of new content on Facebook, and may even threaten Periscope as the current livestreaming app du jour.