Mark Zuckerberg: Within Five Years, Facebook Will Be Mostly Video 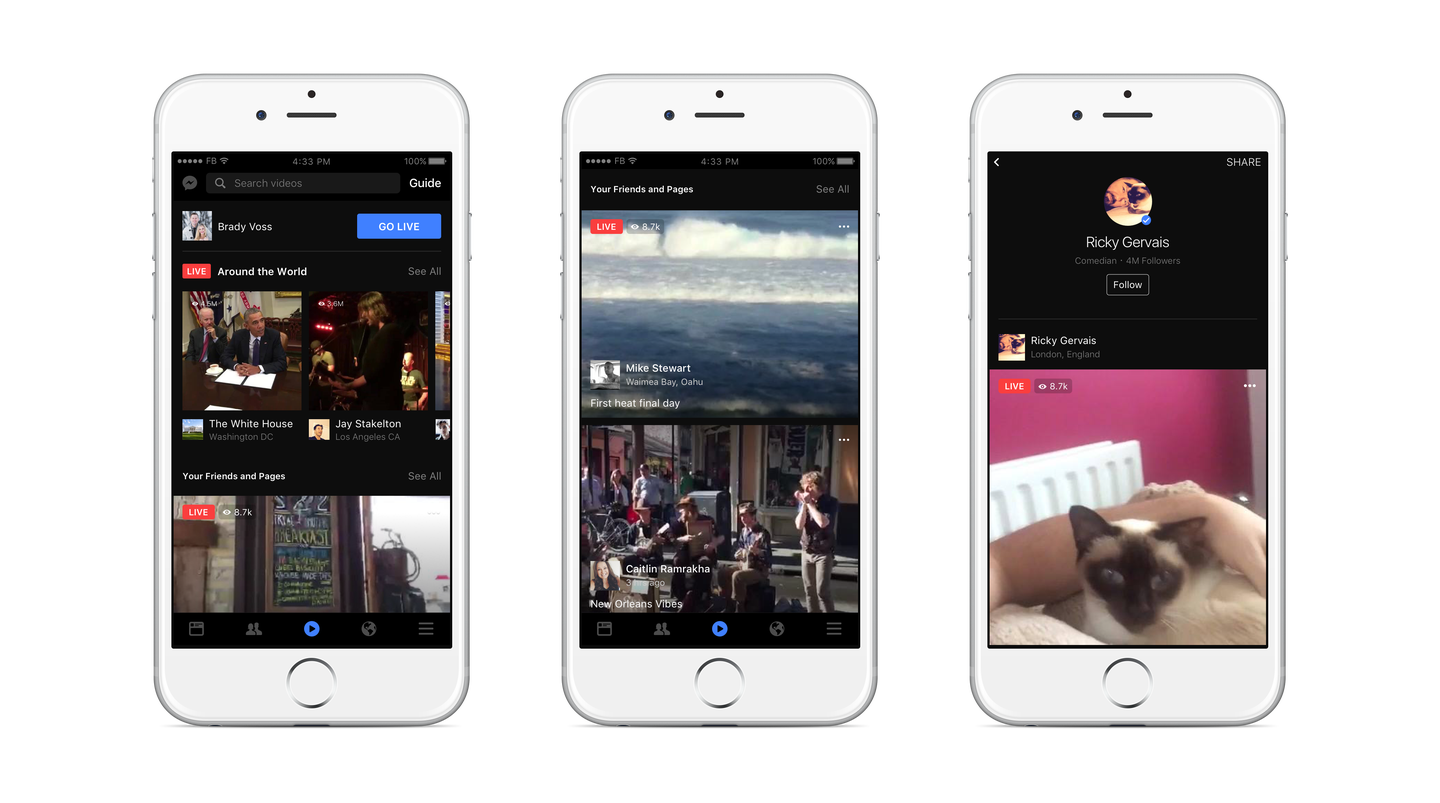 It’s no secret that live video has become a priority for Facebook, with the company even recently tweaking its algorithm to show live video broadcasts higher up in people’s news feeds.

Now Facebook announced that its live video broadcasting feature — the aptly named “Facebook Live,” which debuted last summer — is available around the world to anyone who has the Facebook mobile app on their iPhone or Android smartphone (previously, the feature was limited to the U.S.). Facebook counts over 900 million daily users on mobile alone, so that’s a lot of people who can now begin to broadcast live videos on the social network.

If you’re in a Facebook Group, anyone can broadcast live, but only so that it’s visible to members of the group. For example, if you’re on a sports team and one of your players is injured or sick, they can still watch the game and give advice.

In an Event, anyone who has RSVP’d will be able to watch the Live video. Event administrators can also schedule live videos within an event, an option that YouTube has offered for its channels for some time now. 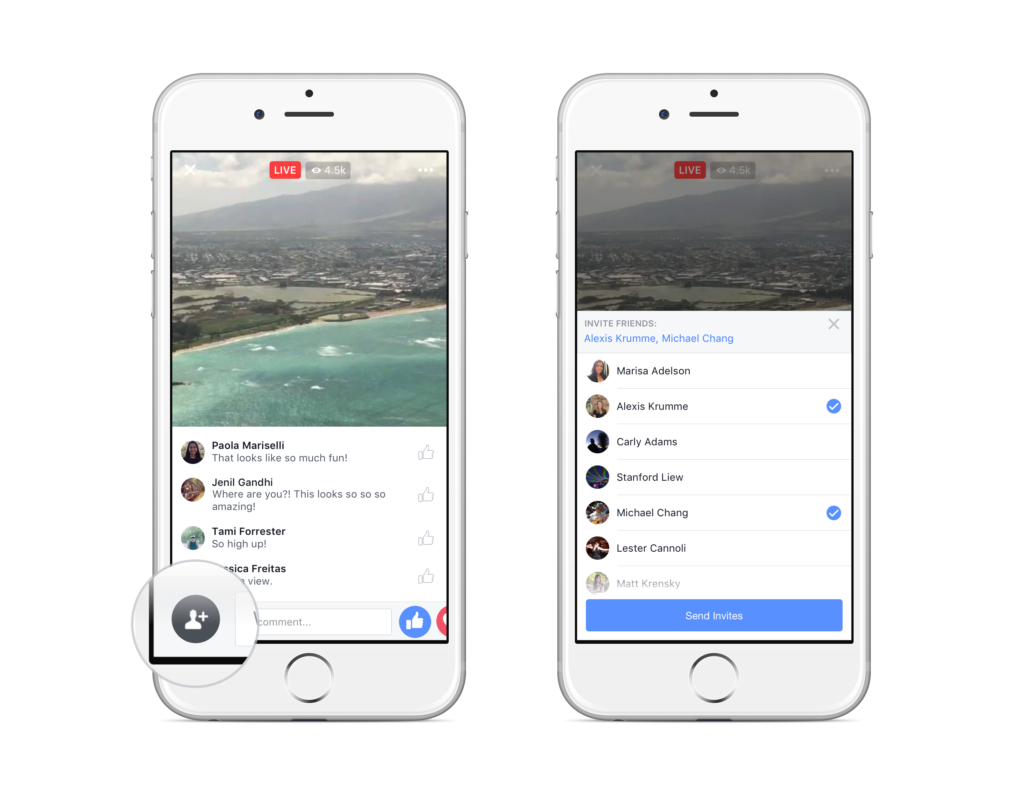 Invite your friends to join you in a Live broadcast.

Much like Twitter-owned live-streaming service Periscope lets viewers post disappearing hearts over the video screen of live broadcasts, Facebook has brought its emoji-like “Reactions” faces into Live. Facebook’s hope is that Reactions will give broadcasters a better sense of how their audience feels. Facebook will also bring filters similar to those found in Instagram, the popular photo-sharing app it purchased for $1 billion in 2012. 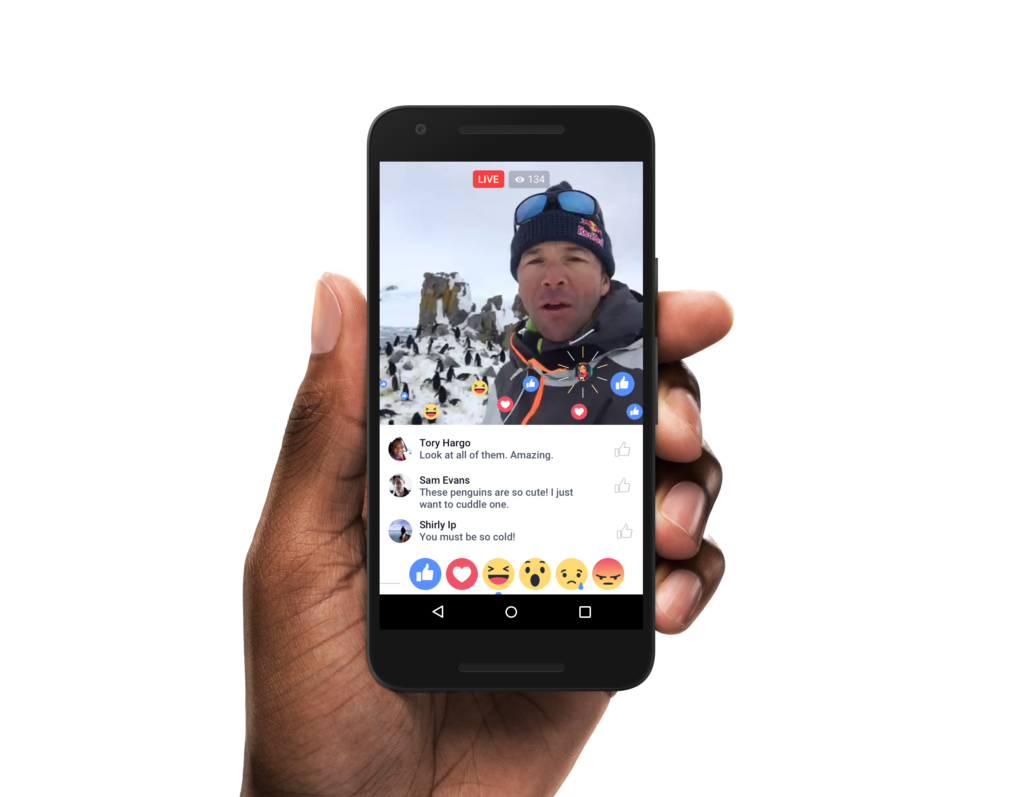 According to Facebook, Live videos garner ten times as many comments as regular videos. To better follow the conversation and better understand context when you watch Live videos after they’ve aired, comments will now be played back in the order they were posted. Game-streaming site Twitch also recently introduced this feature.

Facebook continues to encroach on Periscope’s features with a new “Facebook Live Map,” only accessible via desktop web browsers, which shows a map of all publicly accessible Facebook Live broadcasts around the world. There is also a new similar feature on the mobile app.

Of course, Live broadcasts won’t do any good without an audience, so Facebook has also launched the ability to invite your friends to watch your Live broadcasts from within the broadcast interface itself.

Mark Zuckerberg believes videos are the future of Facebook. In fact, he told Buzzfeed News in a newly-published interview that he “wouldn’t be surprised if you fast-forward five years and most of the content that people see on Facebook and are sharing on a day-to-day basis is video.”

Live isn’t just about what users are creating though. Facebook is ready to be your second screen, with features like its recently unveiled Sports Stadium for aggregating sports commentary on Facebook.

But it’s also looking to be your primary screen. Facebook was reportedly in the running to livestream Thursday night NFL games, but withdrew its bid in an argument over commercials and advertisements. Twitter ultimately won the contract, as was announced yesterday. But the report shows how far Facebook will go to ensure it is dictating the rules of who makes money on its platform.

For most media companies, Facebook is one of their biggest traffic drivers and almost certainly their biggest audience on social media (Popular Science is no exception to this).

As Facebook continues to add features that keep users on its platform, such as Live video, Instant Articles, and the ability to purchase concert tickets directly on Facebook, content producers must use these new features, both in hopes of growing their audience and being pushed up within Facebook’s almighty algorithm, and for fear of reaching fewer people if they don’t.

Some providers, like NowThis have gone so far as to shut down their homepages and let all of their content live exclusively on their various social channels. Ultimately, the goal of any company is to get their content in front of the largest possible audience. Facebook believes that video, specifically Live, is the way to do this, and it’s taking all of us along for the ride with no edits or re-dos.