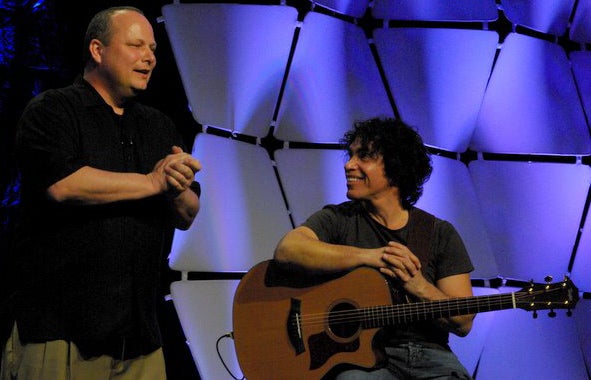 Yes that is John Oates (of Hall and Oates fame) playing to a hall full of geeks, flacks and VCers. But he wasn’t a random celebrity shill. He was actually doing something useful—showing the audience how to play his classic song “She’s Gone,” (see a video here) as he does on an instructional video download from tech startup iVideosongs. The Web service is one of 77 debut companies, each given six minutes onstage to explain their technology–and how they’ll make money with it.

Here are some highlights:

Iterasi preserves a Web page exactly how it looked the moment it popped into your browser. The site stores everything—including the full code, images, even embedded animations or videos. It’s handy for copying pages that might never appear the same again – such as search results on a Web shopping site. You can try it in about a month at iterasi.com 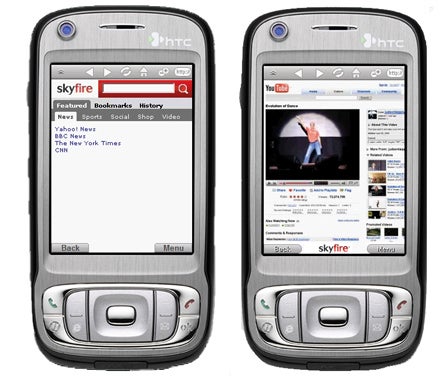 Skyfire’s mobile phone Web browser promises to show you exactly what you’d see on a desktop computer—including animations and dynamically updating pages. Unlike the browsers on Blackberry’s, Treos or even the iPhone, Skyfire supports all Web tech including Javascript, AJAX and the latest version of Flash animations. A VP from Microsoft who was sitting next to me confessed that it blew the doors off his own company’s mobile Internet Explorer.

Joggle provides a unified view of all your media (photos, songs, video) regardless of where it “lives”—on your PC, on other computers in your home network, or on sites like Flickr or Youtube. You can share samples from your collection by dragging and dropping any of the items into a window that uploads copies to Joggle’s Web site. The free service will be up and running around mid-March.

SpeakLike takes your instant messaging gibberish in one language and converts it to gibberish in others. The IM service uses software and real humans to translate messages on the fly and in both directions, so a gringo with no Espanol and a South American with no Ingles can chat in real time. It even handles multiple languages—like a three-way conversation in English, Spanish and Mandarin.

Ribbit creates a single online phone that consolidates all your voice lines. So you’ll get the same ring on your PC (or Internet-enabled mobile phone) if someone calls your cell, landline, VOIP phone such as Skype or IM telephone service like iGoogle. It sucks in your address book from programs like MS Outlook and matches names up with “caller ID 2.0” profiles of the people culled from data on sites like MySpace and Facebook. (TMI?) Coolest feature—you can download different skins that change the look of your online phone, including this perfect clone of the iPhone.