8 Signs That Girl You Met On The Internet Is Fake 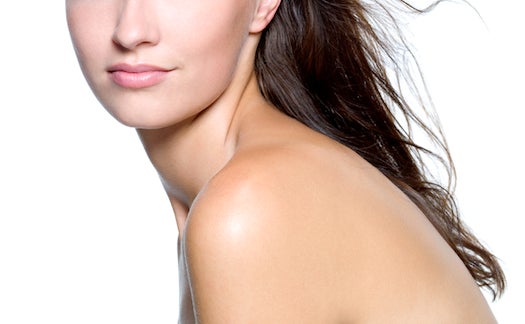 That widowed Ukrainian engineer you just met on your favorite dating website? She’s probably a scammer.

Scam dating profiles are more likely to say they are Catholic; from Nigeria, the Ukraine or the Philippines; widowed and have a doctoral degree—among other characteristics, according to new data compiled by the dating website SeekingArrangement.com. Romance scammers tug at the heartstrings or stroke the ego to get dating site users to send them money.

SeekingArrangement caters to a very specific type of relationship, but the lessons here should apply to other dating sites and even to other aspects of digital life, Leroy Velasquez, a SeekingArrangement spokesman, tells Popular Science. “Because of the fact that we do cater to wealthy demographic, we do get an influx of scammers,” he says. But scammers act the same everywhere. “Your random spam email? It’s a really crappy version of what a man or woman would get on a dating profile,” he says.

SeekingArrangement got its latest stats from screening new profiles over 10 months. The profiles first go through automated screening software, which flags both traits in the profile, such as certain ethnicities, and things that aren’t visible in the profile, such as certain IP addresses and even certain passwords that scammers seem to like more than other people. Then a person on staff looks through the flagged profiles and decides whom to ban, Velasquez says.

SeekingArrangement has banned 60,000 profiles in the last 10 months, or about 220 a day. Here’s what they’ve found are the ingredients in the typical scam profile.

Lovin’ God
Scammers are mostly Catholic, or at least they say they are. Eighty-two percent of banned SeekingArrangement profiles say they’re Catholic and religion was the most common trait among fraudulent accounts. Scammer talk a lot about spirituality in the messages they send, too. Velasquez thinks this helps them seem more moral and trustworthy.

Password preferences
Or maybe they really do identify as religious? Scammers are more likely than honest profiles to have passwords like “godisgood” or “lovinggod.”

When your arrangement isn’t what it seems

Look out for ladies
Seventy-one percent of scam profiles say they’re female. (This may be specific to SeekingArrangement, where most of the wealthy “sugar daddy” users are straight men. The U.S. Federal Bureau of Investigation says the most common romance scam target is a woman over 40.)

SeekingArrangement has never found a fraudulent profile in which the person said he or she had a high school diploma and no bachelor’s degree, Velasquez says.

Certain races
Although American Indians make up less than 2 percent of the U.S. population, 36 percent of scam profiles say they’re Native. Other popular races are mixed (19 percent) and other (17 percent). “They try to be a different race, something other than the usual, because it sounds more exotic,” Velasquez says.

As a member of a race that’s also exoticized… eww.

Certain places
Just like spam in your email inbox, scam profiles most commonly come from Nigeria (28 percent). Other common countries of origin are the Ukraine (23 percent) and the Philippines (21 percent). Although these countries are well known for scams, scammers nevertheless will be honest in their profile about where they’re located because automated screening software looks for discrepancies between stated locations and where people actually sign onto the site.