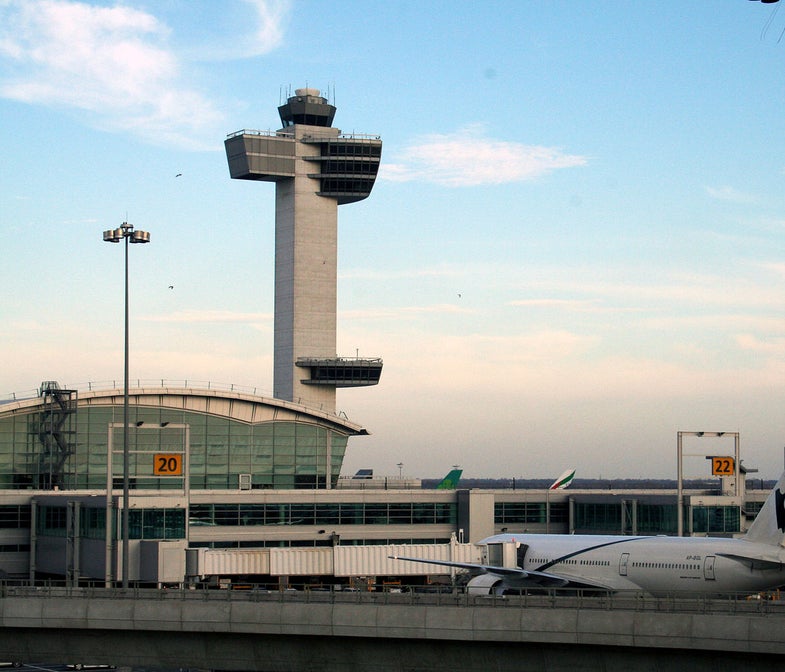 Before the first drone hits an airplane, the FAA wants to be ready. Small unmanned flying objects can damage a plane, like in the tragic case where a bald eagle crashed into a small plane and caused an accident that killed everyone on board. Reports of drones flown near airplanes are increasingly common, even if the drones in question sometimes turn out to instead be plastic bags. Still, the FAA wants to be ready, so to make sure they can spot a drone flying at an airport, earlier this month they flew a bunch of drones at New York’s John F. Kennedy International Airport.

Besides the FAA and the FBI, other federal and local agencies were involved in the tests, including the Department of Homeland Security, Department of Justice, Queens District Attorney’s Office, and the Port Authority of New York and New Jersey. We won’t know yet what the FAA learned from the tests, and because the tests were about finding security flaws, it’s unlikely the agencies involved want to publicize any weaknesses they found. It’s also not clear what kind of detection system they’re using, since drones are too small for radar to confirm. Our money’s on some kind of audio or visual system.

The test likely missed the more obvious danger to airplanes: birds and other wildlife, which are more common than small civilian drones, and have a long record of unintentional plane collisions.