A British Airliner Hit A Drone While Landing Yesterday

Airplane is safe, the drone's condition is unknown 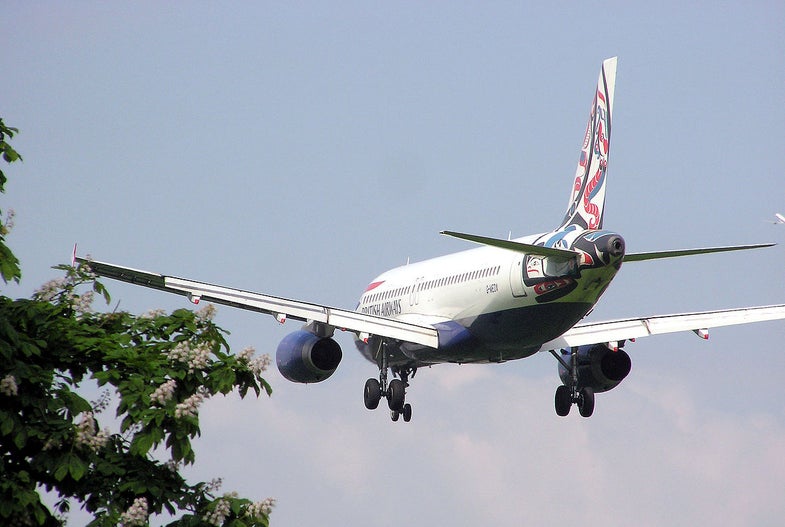 The sky is not an empty place. Yesterday, British Airways flight BA727 from Geneva to London encountered more than just air as it approached Heathrow airport. The Airbus 320 hit a drone at 500 feet above the ground, according to the airplane’s pilot, marking what is likely the first airliner-drone collision.

The plane is fine, according to a statement British Airways provided to Buzzfeed, and after an inspection it was cleared for its next flight. Heathrow police took to Twitter to remind everyone that flying near an airport is not just a bad idea, it’s illegal. I want to call attention, though, to this statement from Steve Landells, flight safety specialist at the British Airline Pilots Association, as reported in The Guardian:

Landells here is describing the worst fear of a plane/drone collision, and he’s describing it with disaster-movie panache, as though Michael Bay were filming “Drones On A Plane” as campy horror. Yet earlier in that same article, Landells notes that no serious damage was done to the plane. That didn’t stop the British Airline Pilots Association from issuing an indictment on Twitter of “amateurs who don’t understand the risks & rules.” (For reference, in the UK, the rules governing consumer drones can be found here).

There is certainly collision risk for airplanes flying near smaller flying objects. That risk is as old as flight itself: airplanes hit birds often, and even encounter other animals, like turtles, on the runway. Yet the risk of a dangerous impact, as opposed to any impact at all, is still likely minuscule, like it is with birds. Even when birds have struck planes, the damage usually comes from multiple birds, traveling in flocks.

If there is a type of flying robot/airplane encounter to worry about, it’ll be drone swarms, not drones by themselves. A drone swarm hitting an aircraft would be poised to do real damage to it, and any potential passengers.