Imitation is the sincerest form of global leadership 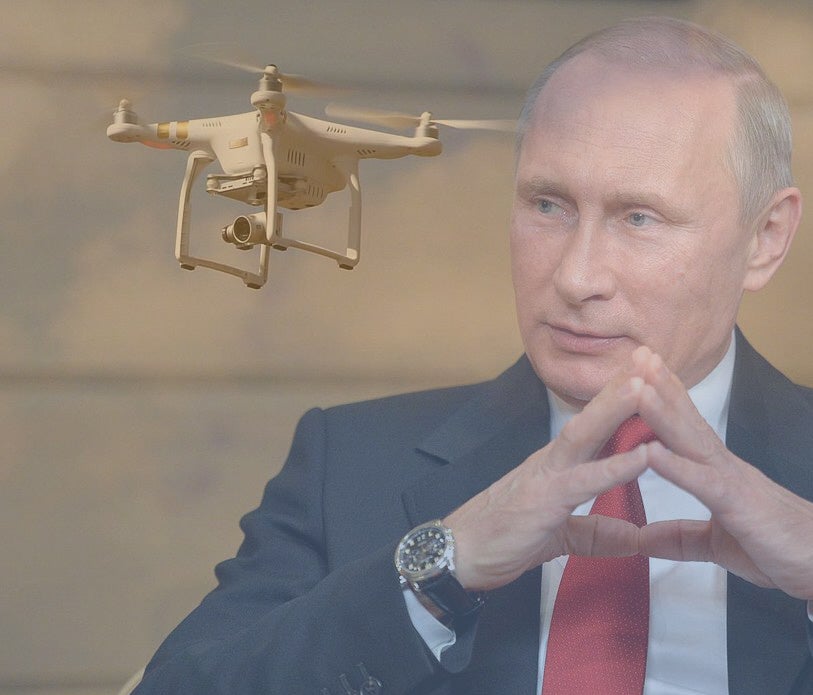 Cheap drones are a worldwide phenomenon, and governments across the globe are struggling to adapt to the small unmanned flying machines. In the United States, the FAA recently required that every drone over half a pound be registered by February 19th. Last week, Russian president Vladimir Putin signed a bill regulating drones, too. With almost the same regulations as America.

The law is an amendment to Russia’s Air Code. Here’s how Sputnik, a Russian state-owned news organization, describes it:

RT, a different media organization owned by the Russian government, says this about the rules:

The 0.55 pounds (or 250 grams) weight registration threshold for drones is identical in both the Russian and American drone registration laws. Russian law also establishes a minimum of a two-person crew for the drone, which is a step further than the American law. This crew consists of a pilot and an observer, whose job is to watch the drone in flight. The drone pilot has to file flight information, but is allowed to deviate from the flight plan as circumstance requires, so long as they notify the relevant authorities. In addition, the law requires that drone pilots prioritize the safety of manned aircraft.

These drone laws were first introduced in March of 2015. The first draft of the Russian rules required separate and more extensive authorization than simple registration for drones heavier than 66 pounds, or 30 kilograms. The FAA published their new rules for drones on December 14th, 2015, and the second draft of the Russian rules from December 18th instead adopted the American half pound, or 250 gram, weight threshold for basic registration.

The half-pound threshold isn’t yet an international rule for drone regulation. Canada, instead, groups drones into three categories, with the threshold for small, registration-exempt drones set at roughly 4.5 pounds, or kilograms. That’s the same threshold many model airplane enthusiasts in the United States hoped the FAA would adopt, instead of the stricter half-pound limit. Instead, the FAA went with very small drones–and where the FAA goes, it appears some of the world will follow.