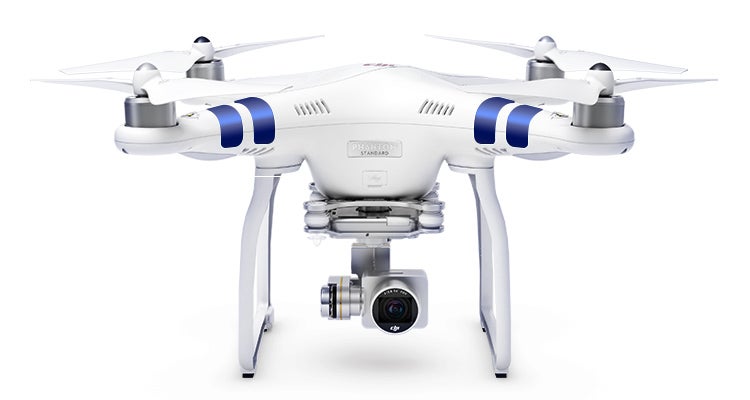 There are two drone-flying Americas, but there don’t have to be. As Congress debates the exact wording of the next act reauthorizing the FAA, a new proposal hopes to carve some room in between casual hobbyists flight of tiny aircraft and professional use of lawnmower-sized flying machines. It’s a modest change to proposed legislation, but could have a huge impact for drone pilots across America.

The amendment comes from Illinois Congressman Rodney Davis, and is a proposed amendment to the proposed “Aviation Innovation, Reform, and Reauthorization Act of 2016,” which would reauthorize the FAA. Before we can understand how Davis’ bill works, we need to look at how the law without it defines drones.

First, the word “drone” never appears. Instead, we get the sterile “small unmanned aircraft,” which more specifically are “unmanned aircraft weighing less than 55 pounds, including everything that is on board the aircraft.” The other categorical distinction is for model aircraft, which must be flown purely for hobby or recreational purposes. That category is great for people who want to fly just for fun, and a welcome addition to the law.

But there’s a category missing. If people have a small drone, one weighing just a few pounds, and want to use it for anything besides hobby flying, they have to go through an extensive FAA exemption process and agree to a long list of conditions. This puts a burden on most drone users, who would like to get a small quadcopter and add it to, say, their wedding photography business, and could find themselves on the wrong side of the law for doing so.

The proposed micro drone rule is designed to accommodate this use. The micro drone rule borrows from countries like Canada and Australia, which carve out different rules for drones weighing 4.4 pounds or less (2 kilograms). That’s big enough to carry a camera, but not so big that they pose any more of a risk to airplanes than birds already do. Here’s the rules Micro Drone pilots would have to follow:

Notably absent is any requirement for pilot certification, requirements that make some sense for people piloting larger unmanned vehicles but are excessive for those just putting a quadcopter into the sky. That’s a lot simpler than that exemptions normally required. Lawyer and drone user Peter Sachs, who once got the FAA to recognize his motorized paper airplane as a drone, writes of the rule:

If the Micro Drone amendment passes, and survives the bill intact, then hobbyists in their garages dreaming of taco copters will have a much easier time getting their business off the ground.