Are You Ready To Fly A Drone?

A quiz on pertinent points of drone law 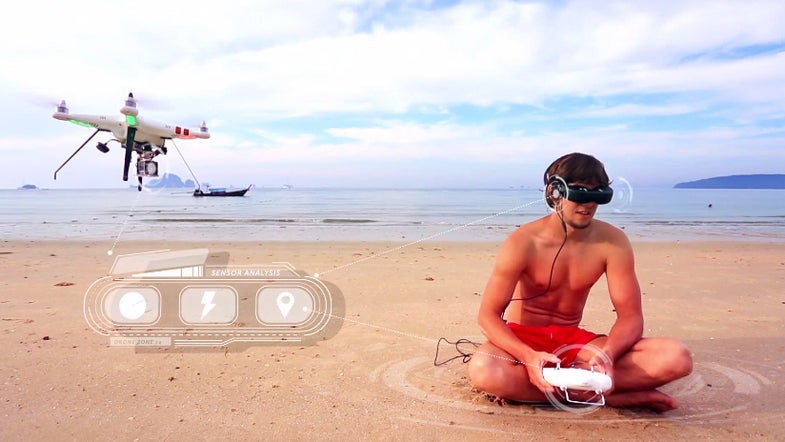 Drones are more common than ever, but the rules governing drones don’t come included in the packaging of quadcopters, so it can be a little tricky to figure out how, exactly, one can fly without breaking the law. “Know Before You Fly” is a campaign launched by the Association for Unmanned Vehicle Systems International (a drone industry lobbying group, the Academy of Model Aeronautics (a model airplane hobbyist organization), and the Small UAV Coalition (drone makers), together with the FAA to educate the public about safe and legal drone use. In anticipation of new drone pilots, the campaign launched during the holidays last year.

How’s the campaign doing over half a year later? One way to find out is taking their quiz on drone rules. The ten questions cover the basics of drone safety and use, like maximum altitudes, distances from airports, restricted flight areas, and how many pilots per drone. Since I report on and write about drones almost daily, I like to think I’m fairly well versed in the rules, but I only answered 8 of 10 correctly. One of my editors, who has some drone flying experience, only got 5/10 questions right.

Fortunately, the quiz itself provides explanations with its answers, and the Know Before You Fly site is full of facts on drone rules, as well as specific sections for recreational and business users.

Take the quiz below: