Could Drones Pose A Threat To Airplanes?

Drones vs. birds vs. planes 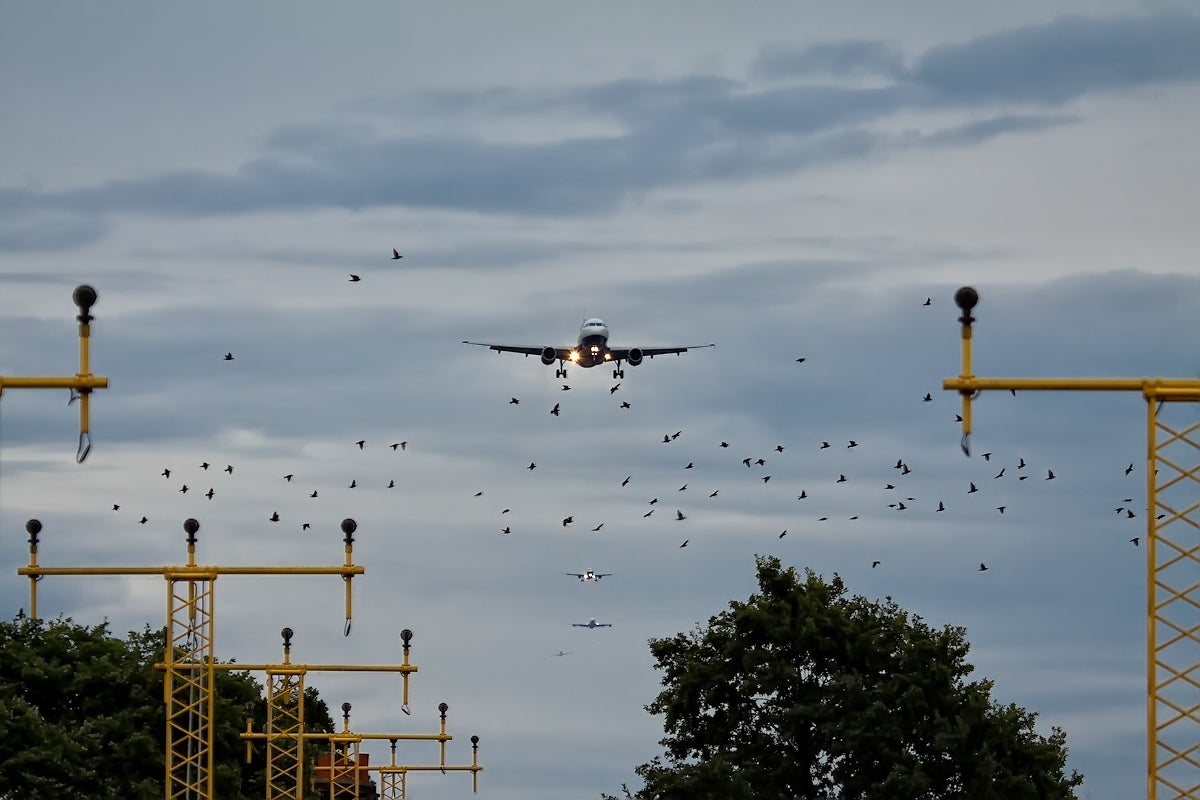 We already know what happens when a bird hits a drone, and we know what can happen when birds hit airliners, but what about a drone colliding with a commercial jet? Published last December, a study theorized that small drones–those weighing about the same as birds–posed no more risk to airplanes than the birds themselves. (That study was commissioned by the UAS America Fund, an organization that has petitioned for more relaxed laws on small drones.) Over at IEEE Spectrum, reporter David Schneider looks at a very important follow-up question: does the squishy flesh of birds, compared to the hard body of the drone, make a difference for mid-air collisions?

It turns out the composition of the object hitting the plane matters a lot less than where the plane gets hit. Collisions with the body of the airplane are less of a risk than hitting the engine, and when hitting an engine, it matters how fast the jet turbines are going for an object to cause problems. Assuming they can even fly high enough, small drones barely pose a risk to a jet turbine.

In fact, birds and drones are only some of the horrible stuff jets have to deal with. George Morse, an expert on foreign objects getting into plane engines, tells Spectrum:

By Morse’s estimation, because drones travel alone, they’re less deadly to airplanes than a flock of birds. At least, they are until drones start traveling in swarms. But even then, the risk posed by birds to airplanes is small, and this will likely be true for small drones as well. From the Exponent study on drones and bird strikes in December:

This should calm fears of both bird and drone strikes, or at least calm them until people start switching out avians for robots in an inevitable Hitchcock remake.