When an environmental activist needed allies to fight a polluting petrochemical plant, she turned to Vietnamese shrimpers

Starting in the 1970s, Texas fishing communities banded together against Formosa and the Ku Klux Klan. Kirk Wallace Johnson documents it all in his new book. 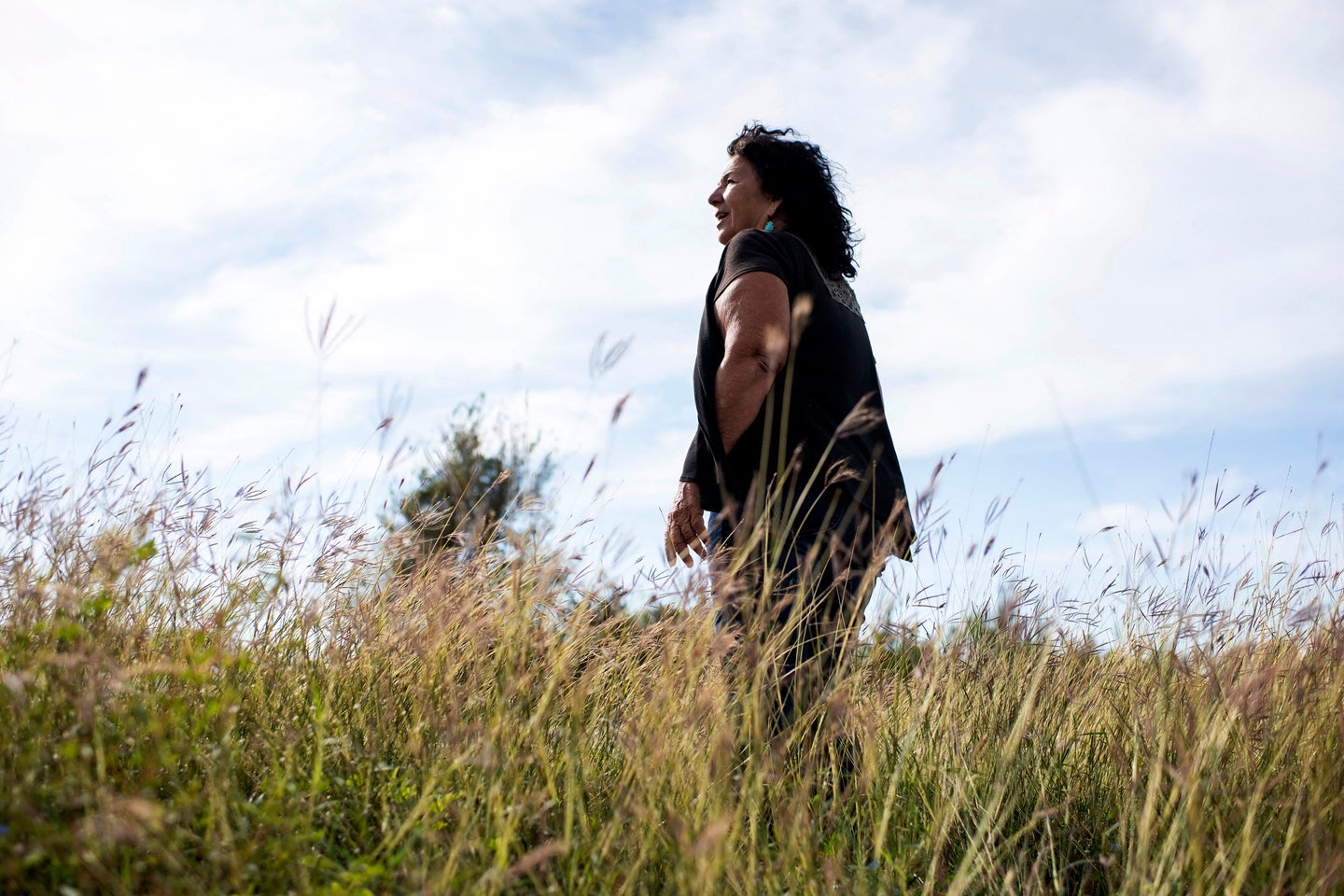 When Texas shrimper Diane Wilson learned that the new Formosa Plastics Plant was dumping chemicals into the bays around her hometown, she set up rallies, meetings, and even a hunger strike to get the industrial complex shut down. Today Formosa has been at the center of multiple environmental lawsuits in the US.
SHARE

From The Fishermen and the Dragon by Kirk Wallace Johnson, published by Viking, an imprint of Penguin Publishing Group, a division of Penguin Random House, LLC. Copyright © 2022 by MJ + KJ, Inc.

In 1993, the new Formosa plant finally went online in Point Comfort, Texas. Diane Wilson, fired from the fish house, was shrimping as much as she could, but her nets kept coming up light.

One day, she drifted in the SeaBee over the newly constructed 2,100-foot‐long pipe that ran from the plant into the bay, thinking about the nine million gallons of contaminated wastewater sloshing into the estuary each day through a diffuser at the end of the pipe, just north of where Alcoa’s mercury was interred in sediment.

That was just the legal discharge, allowed by the plant’s state and federal permits. What spilled accidentally— those she knew about— was even more concerning. A faulty flange leaked twenty‐ seven hundred gallons of ethylene dichloride into the water. Seven hundred gallons of hydrochloric acid were spilled when bolts sprung loose from a valve. The Texas Water Commission filed a suit against the company after an inspection found a host of violations in how Formosa was storing wastewater, which had contaminated the groundwater. When news leaked that the plant also exceeded its permitted limits on discharging copper into the bay, Formosa claimed it was harmless, prompting Wilson to dig up a 1956 study by a pair of scientists in England demonstrating that copper mixed with mercury rendered water lethal for crustaceans.

By then, she had learned of a then‐ obscure concept codified in the Clean Water Act known as “zero discharge”— the goal of capturing and treating all waste before any of it was discharged into the environment. She knew a firm in Texas with effective technology that could help Formosa achieve zero discharge, but it was a long shot. The technology was expensive, she had little leverage against the company, and Blackburn was out of the picture.

She was out of allies to help push zero discharge. Apart from her cousin Wally, who kept dropping by to chat, the white shrimpers and crabbers were too worried about blowing their chance at a job in the offseason to stand with her. Even her brothers and uncles groaned when they saw her, ducking behind a net or pretending not to have seen her.

So she went to the Vietnamese.

She walked into the net shop of a Vietnamese fisherman named Joe Nguyễn, who had been a young man when he arrived in Texas after the fall of Saigon in 1975. He found a job patching shrimp nets up the coast in Palacios for an elderly White owner of a net shop. When the owner died, Joe took over the business. Just up the way, Bằng “Cherry” Nguyễn, the first Vietnamese crabber of Seadrift, was running a shop of his own.

Wilson asked whether he thought the Vietnamese shrimpers would support her.

“Support on what?” Joe asked.

Joe thought they might go for it; they didn’t like Formosa, and they respected Wilson as a fellow shrimper.

“Do you think they’d demonstrate?” she asked.

“Be a hippie?” Joe asked, a twinkle in his eye.

Joe showed up at Wilson’s with three other shrimpers, the elders of the community, who agreed to help. The following morning, at 4 a.m., the Vietnamese shrimpers were out on their boats, tuned to the VHF channel through which Catholic prayers were transmitted out into the bay. After the benediction, Wilson’s plea was put forward.

She was shocked by the response. She soon had 200 Vietnamese shrimpers and crabbers and their families marching with signs protesting Formosa’s pollution of the bay. They marched outside Formosa in T-shirts and white rubber fishing boots, South Vietnamese and American flags waving amid posters demanding zero discharge. Formosa corporate officers in suits glowered at them.

The company soon agreed to meet with the Vietnamese at their community center in Palacios to explain why zero discharge was an unreasonable ask.

The night of the meeting, on July 27, 1993, hundreds of Vietnamese filed into the community center. News crews came down from Houston to film interviews while Wilson’s children raced around the auditorium alongside Vietnamese kids, all wired on soda.

Jack Wu, Formosa’s vice president, looked out over the audience and professed surprise. For ten years, he said, Formosa hadn’t had any bad experiences with Vietnamese shrimpers. Suddenly, they were protesting about pollution. Why? Joe Wyatt took to the podium. Back when he was a congressman, he had instructed his staff to “tell me the truth. I’ll do the lying.” In front of the Vietnamese, he exclaimed that zero discharge was a myth: “We know there is this woman in Calhoun County, Diane Wilson, who claims there is a method of treating water with zero‐discharge technology. I am here to tell you there is no such system!”

At this Joe Nguyễn stood up and silenced Wyatt with a raised hand. He gestured to Wilson and asked her to address the audience. As she approached the microphone, she saw Jack Wu jump to his feet, and wondered if he was going to start a fight.

As she spoke, Formosa’s boosters shouted out, “Lies!” and the meeting devolved into chaos. She was thrilled to have new allies in the Vietnamese community, but she knew that Formosa would weather the bad press. The company had allies of its own, after all. That same month, a group of six hundred—many of them fishermen— had gathered in Port Lavaca to voice their support for the corporation. “We were in such bad shape we didn’t know where we were going to get our next meal,” said Howdy Hartzog, who had moved on from his role at the bank to become county judge. Now, he added, the county was even thinking about building a golf course. “I would rather eat the shrimp, oysters and redfish out of Lavaca Bay than have to digest the Houston Chronicle’s pro‐ union articles,” blasted Port Lavaca mayor Tiney Browning, clearly referring to Wilson’s efforts to support Formosa’s workers in her negotiations with the company.

A month later, Wilson and a number of Vietnamese shrimpers drove up to Austin to protest the dumping, calling for the revocation of the plant’s permits. They hauled a coffin filled with shrimp nets to the office of Governor Ann Richards, asking for a meeting. Denied, they abandoned the coffin in the capitol hallway.

Soon, Wilson was summoned for a meeting with Chairman Wang at a house owned by Formosa near the plant. For three hours, they sparred. When Wang spoke to her, he locked eyes with her. When she fought back, he turned away.

“I can tell you this,” she told a reporter after the unproductive meeting, “I have seen the eye of the dragon and it is green.”

Buy The Fishermen and the Dragon by Kirk Wallace Johnson here.