It's too soon to say whether they have a bright future 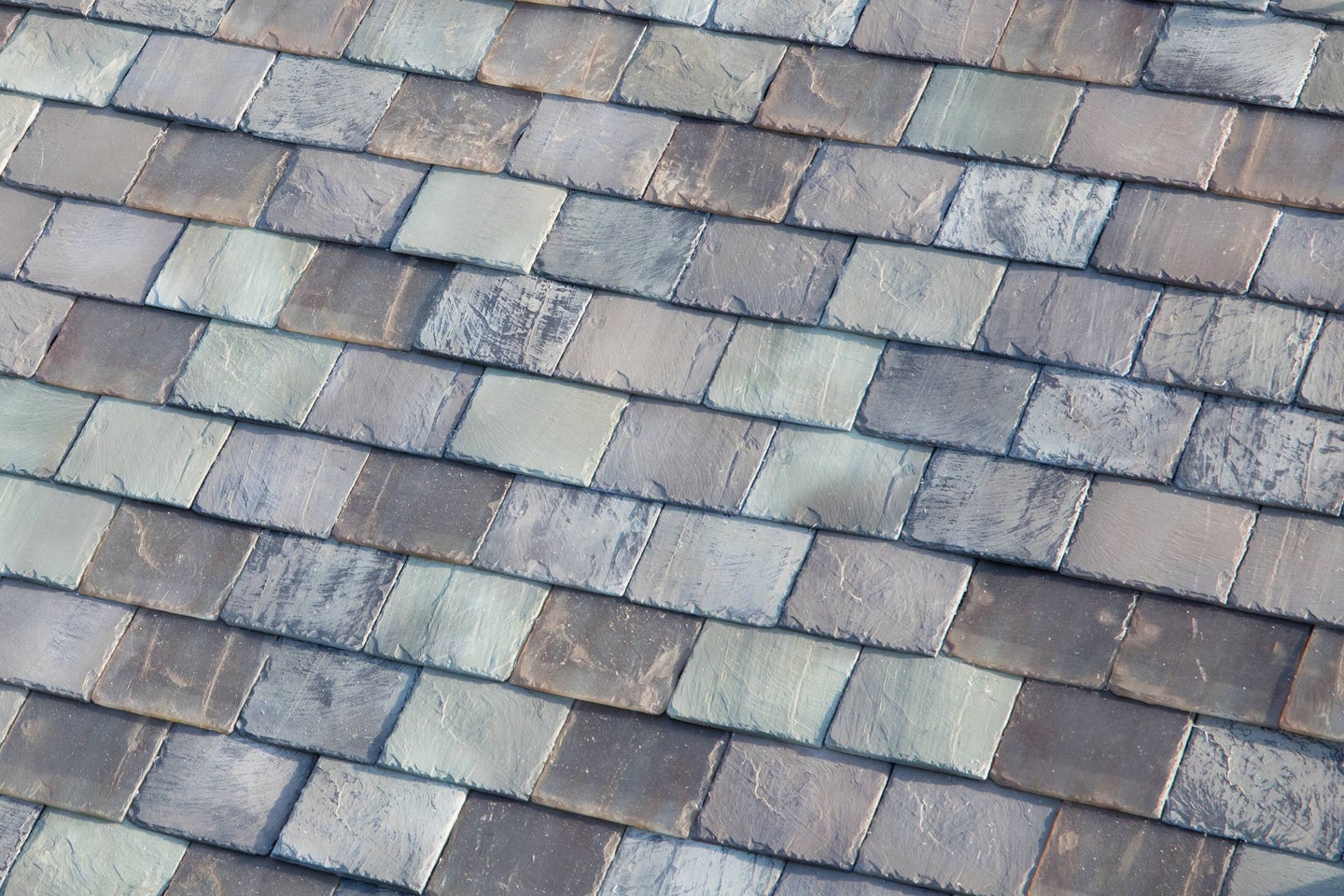 Last week, on the set of Desperate Housewives, SolarCity and Tesla announced the development of solar roofs, or fully functional roofs that are also happy to generate solar power.

We know a few things about them already. The aesthetics of the four prototype roofing tiles are absolutely gorgeous. The tiles are designed to blend in seamlessly with a neighborhood—the solar cell embedded in each durable glass-encased tile is designed to be completely invisible from the street, which is something that sets this solar roof apart from other rooftop solar options.

When it comes to photovoltaic (solar energy) technologies, “the aesthetics side of stuff often gets ignored,” says Robert Tenent, a senior scientist at the National Renewable Energy Laboratory, who was not involved in the project. “Ugly doesn’t sell in the building space,” says Tenent. For solar technology to take off, he says, it has to meet performance and durability standards, while also integrating with the electricity grid–“and you have to look cool while you do it to really get something adopted.”

A house with a new solar roof installed by SolarCity.

The tiles meet the looking cool part of that equation. But there are still a lot of questions that we’re looking forward to having answered, including the premium people might need to pay to get the sleek new roof.

SolarCity has indicated that many of these questions will be answered over time, likely in 2017, when SolarCity and Tesla hope to start production on the solar roof tiles.

Tesla Motors is currently in the process of trying to buy SolarCity–a move that may be approved by shareholders later this month. Elon Musk runs Tesla, and is the chairman of SolarCity. If it goes through, solar roofs will be sold in Tesla showrooms along with Tesla cars and their home battery, the Powerwall.

Here’s what we’re looking forward to learning in the coming months.

How will these solar tiles perform?

The prototypes of the new solar tiles are 2 percent less efficient in converting sunlight to energy than SolarCity’s existing solar panel technology. Part of that is due to the design. The coatings that make the glass solar tiles look so good reduce their efficiency. But these aren’t a final product. As they move toward production in 2017, SolarCity may be able to increase efficiency.

Tenent says he’ll be curious to see how the solar tiles, which are incorporated into a home’s roof, handle the heat. Currently, many rooftop solar panels are installed on racks above a roof, which allows airflow around the panels, keeping them relatively cool even as they sit out in the sun all day, every day. That’s important, because many photovoltaics can actually become less efficient as they warm up. But solar tiles installed directly on a roof won’t necessarily have the same ventilation built in.

In depth details about the ventilation systems for the solar roofs haven’t been discussed publicly yet.

How well will the solar roof act like a roof?

The roof over your head has to put up with a lot. All kinds of wind, precipitation, stray balls from the neighbor’s yard, raccoons, etc. So how well will these solar panels withstand the normal wear and tear of life as a roof? On Twitter, Musk said that people could walk on the new tiles just as easily as asphalt tiles and added that the roofs were designed to withstand all kinds of environmental abuse.

In an e-mail, SolarCity confirmed this, saying “Solar roofs will be held to all applicable solar and roofing standards, which include building energy efficiency, water proofing, electrical/fire safety, resistance to wind/snow loading and hail impact.”

Musk also speculated that some of the glass tiles could incorporate heating elements that could act like defrosters for your roof, allowing homeowners in cooler climates to melt snow off the tops of their houses.

That all sounds great, but we’re looking forward to seeing them in action, and in more action than just watching a 1.2 pound weight slam into the roofing tiles, although that is fun too.

How much will they cost?

We know the price of the accessories. The Powerwall 2 battery, which would store the energy gathered by the solar roof, is sold separately for a price of $5,500 with an installation cost of $1,000. But how much will the actual roof cost? Replacing a roof can cost thousands of dollars, but the cost depends on a lot of things, including the size and shape of the roof, and the materials that are used, and the labor. SolarCity hasn’t released specific numbers yet, but a spokesperson for SolarCity said in an e-mail that “The solar roof will be priced to cost less than an equivalent roof type when projected utility bill savings are factored in.”

The key words there are ‘equivalent roof type’. The roof types that Musk unveiled this week are designed to mimic high-end roofing materials, like terra-cotta tile, slate, shingles, and a smooth modern glass finish. Those kinds of roofs ordinarily cost much more than the less expensive asphalt shingles that are one of the most popular styles in North America. So if you have asphalt shingles and are looking to replace your roof, the new solar roofs are likely to be much more expensive than a replacement asphalt shingle roof. But if you already have a high-end roof, this could be a cost-effective option.

It seems that the new solar roofs are following the Tesla business model: create a beautiful, high-end product that people see as a status symbol. That means that at least for now, a solar roof might be out of reach for many average homeowners, but as production scales up, it could become more affordable. And depending on what financing options are offered, that might open the door to more people being able to pay for the solar roofs.

Will people still be able to lease the panels?

Currently, SolarCity offers several different ways to finance their existing solar panel setup, which is generally installed on top of a roof. Customers can: buy a solar energy system outright; get a loan to ultimately buy the system; lease the system; or sign up for a power purchase agreement. In the latter two, SolarCity continues to own the solar panel system, and leases it to homeowners for 20 year increments.

That leasing option works great for people interested in solar power who can’t afford the upfront cost of installing solar panels. If, for some reason, the customer fails to pay or has to get out of their lease, SolarCity can take the panels back (or move the system from one home to another if the owner decides to move and wants to take the lease with them). But how would that model work if the panels weren’t on top of the roof, but actually were the roof itself? Would the roof be repossessed? Would it move with you? Who would be responsible for maintaining the roof in the event of leaks or an errant tree branch?

SolarCity says more information about financing options for solar roofs will be available in 2017.

Will existing roofing companies be able to install these, or will homeowners need to go through SolarCity for installation?

The solar roofs will be a new roofing product, which will likely mean that roofers will need specialized training to install the roofs. Though you might have a trusted roofing company that you’ve used for years, installing these tiles might not be as simple as going to a hardware store, picking out a pallet of shingles, and having Bob the roofer install them for you. SolarCity says that it will have more information about installation options in the coming months, but it’s likely that they will want to control the installation of the roofs in some way. No one wants their product to get a bad reputation based on a shoddy or inexperienced installation job.

Beyond the initial installation, which will be available on new construction and as an option to replace an existing roof, it will be interesting to see how easy these tiles are to maintain and replace over time.