Where The Ancients Saw Miracles, Science May Find Climate Answers

At the intersection of myths and industry 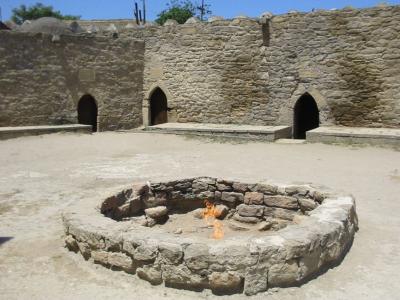 The Eternal Flame at the Zoroastrian Fire Temple in Azerbaijan used to be fed by natural gas seeping out of the ground. Now, it is fed by a pipe. G. Etiope
SHARE 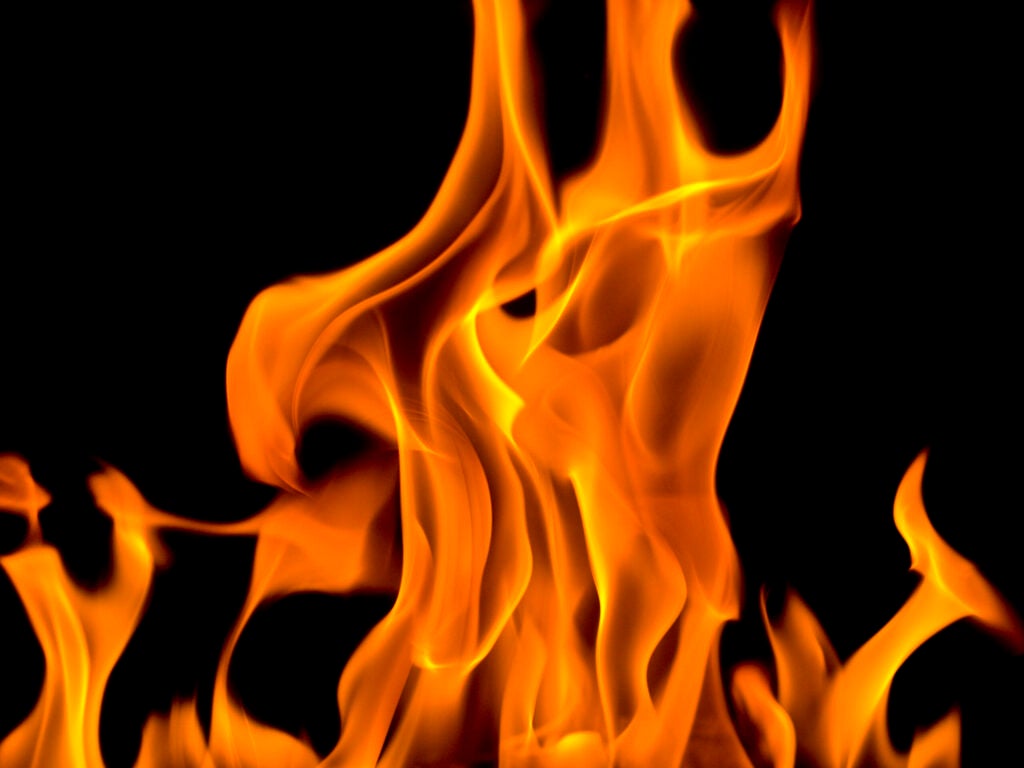 We tend to think of oil and gas as a resource that was only utilized by humans once we entered the industrial age and our appetite for oil exploded. But unlike in Civilization V, oil doesn’t just appear out of nowhere as soon as you upgrade to a new technological era. In the real world, we’ve been using the substance for a very long time.

Places where natural gas seeped out of the ground (called seeps) were once a source of wonder in the ancient world. When lit, they burned for long periods of time, kindling fervor and awe in people around the world. Some came to see a few of these sites as holy places, and temples were built around them, where pilgrims seeking answers to life’s great questions could journey to find enlightenment. (Of course, thanks to Douglas Adams, we now know that the Answer is 42.)

It turns out that the locations of those places may still hold a lot of answers to environmental and economic questions. In a chapter of his new book Natural Gas Seepage, researcher Giuseppe Etiope explains that knowing where and when natural gas bubbled to the surface in ancient times could help use understand how the resource moves through the Earth.

Natural gas is, well, a gas. That means that it is highly unlikely to stay in one place for any amount of time, unless it is physically surrounded by something, like a balloon or rocks. But just like that shiny mylar balloon deflated after your birthday party, turning into a sad, crumpled heap on the floor as helium wriggled its way free of its cheerful prison, natural gas can escape the layers of rocks that keep it underground.

The Eternal Flame at the Zoroastrian Fire Temple in Azerbaijan used to be fed by natural gas seeping out of the ground. Now, it is fed by a pipe.

But unlike your birthday balloon, natural gas can take a lot longer to seep out of the ground. Etiope suggests that by looking at ancient texts that describe temples built next to pillars of fire or furnaces, geologists can get a better idea of how gas might move underground. In many cases the natural gas source that powered these flames, such as the eternal flame at the Zoroastrian temple (seen above), went extinct, but that doesn’t mean that we can’t get new information from the long-dead wells.

In the case of the fire temple, a new natural gas seepage cropped up about 5.5 miles away, likely from a related source. Figuring out how these seeps move, grow, and eventually die out over long time periods (in some cases, thousands of years) can help people working in the oil and gas industry figure out how natural gas leaks might move away from artificial wells. In addition, knowing how long the eternal flames have been burning could help environmental scientists estimate how much natural gas leaked into the atmosphere over the centuries.

With greenhouse gas emissions on the rise researchers are trying to get an accurate count of how much gas is headed into the atmosphere from both natural and human-made sources. That means they want all the data they can get their hands on, even if it is a blast from the past.