Solar and wind would be penalized under proposed law 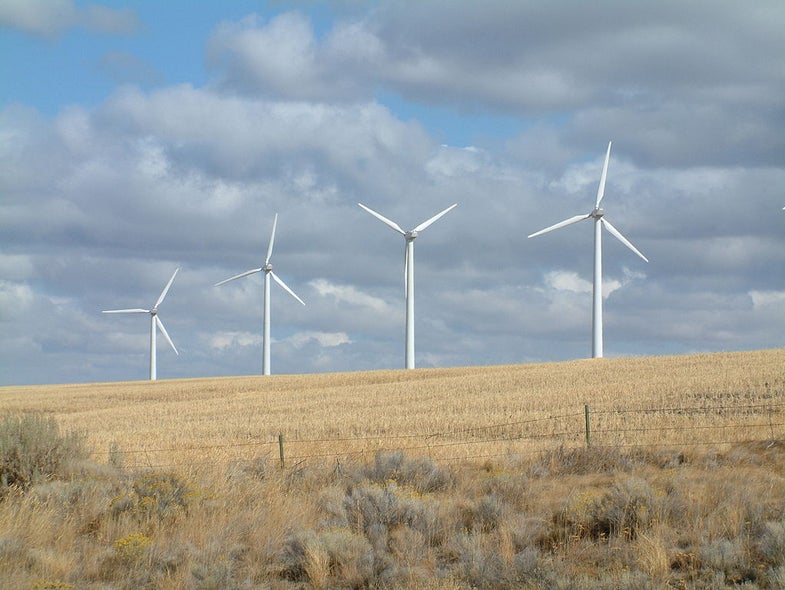 It’s often said that in New Zealand, there are more sheep than people. In Wyoming, there’s way more energy than people.

The state, the least populous in the U.S., ranks second in overall energy production; first in coal production; fourth in natural gas; and eighth in crude oil. And its Republican-controlled legislature seems determined to keep its unholy trinity of fossil fuels on top.

Currently, about 90 percent of the electricity provided to the half-million residents of Wyoming comes from coal. The leftover electricity Wyoming generates is sold to the rest of the country. Selling Wyoming-made solar and wind energy to other states would remain legal even if this bill were passed. It’s the right of the utilities to sell solar and wind to residents of Wyoming that would be restricted.

Under this proposal, if a utility provided energy produced by a large-scale wind or solar plant to Wyoming residents, it would be fined $10 per megawatt hour sold. Only energy from coal, natural gas, nuclear, hydroelectric, oil and small-scale, privately-owned solar panels and wind turbines could be sold without repercussions.

The bill is likely to be a tough sell to the legislature, with one of the co-sponsors telling InsideClimate News he puts the odds of his own bill passing at “50 percent or less.” But it’s also part of a larger pattern of resistance—oftentimes successful—to new and alternative forms of energy in Wyoming.

The state already imposes the only wind tax in America, charging $1 for each megawatt hour of wind energy produced in state. What’s more, the wind tax is one of the state’s only taxes—there is no income tax and even sales tax is only implemented spottily.

The wind tax was billed an attempt to meet a gaping hole in the state budget. But in the four years since, it’s only generated the state $15 million in revenue. In the process, its thought to have negatively impacted wind energy development in the state. Even though wind farmers want access to Wyoming’s strong intermountain gusts, they have struggled to afford the additional overhead fees.

Regardless of what Wyoming’s state legislature decides, many American consumers will continue to push for clean energy. Nine in 10 Americans favor increased production of solar energy, for example, and 83 percent support the expansion of wind energy. People in favor of solar cite a desire to save money on their energy bill, help the environment, and invest in the health of their family. If Wyoming actually passes this legislation, the state will be pushing back hard against progress toward a cleaner, healthier, more sustainable future.

Correction 1/21/17: An earlier version of this article made one reference to a “megawatt” instead of the correct “megawatt hour”. We regret the error.