Bacteria in the sky may help to make it rain

Here's how they do it. 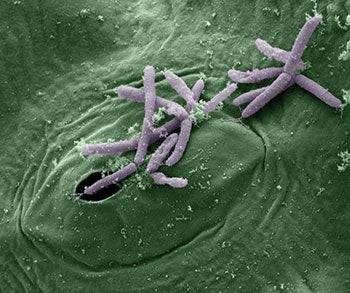 Several Pseudomonas syringae bacteria slip through a stoma, or opening, to infect a leaf. James Kremer and Sheng Yang He via Howard Hughes Medical Institute
SHARE

Microbes are everywhere—in your gut, on your skin, even in the sky. Along with water vapor and particles, clouds also contain living bacteria. And certain airborne species have a superpower: They can cause water to freeze into ice, which in turn prompts the heavens to open. Once frozen granules form around bits of dust, minerals, or tiny organisms, they fall, melting on the way down to become raindrops or forming flakes to make snow. This means the little life-forms might contribute to rainfall—but how much?

“If you loaded up a cloud with these microbes, it would create freezing and the processes that lead to precipitation,” confirms University of Florida’s Brent Christner, who studies atmospheric bacteria. “The unknown factor is, are there enough of them up there to matter?” Christner and other researchers are sending weather balloons and planes on sampling missions to try to answer the question—and shed light on what these citizens of the sky get out of the deal. They might use clouds to travel long distances before raining down on fresh new habitats.

In the image below, scroll over each red dot to learn more about the mechanisms behind this stormy process. 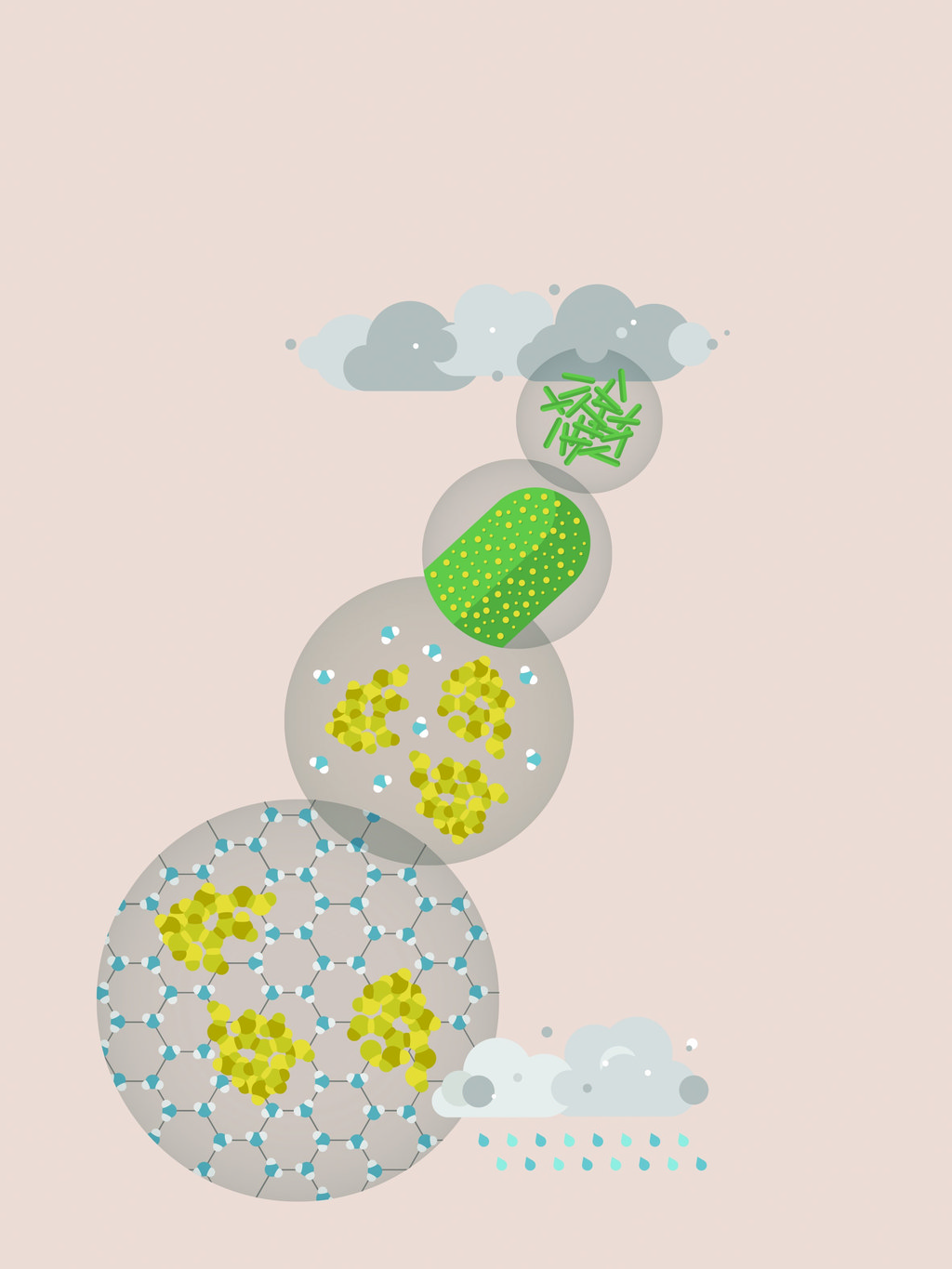