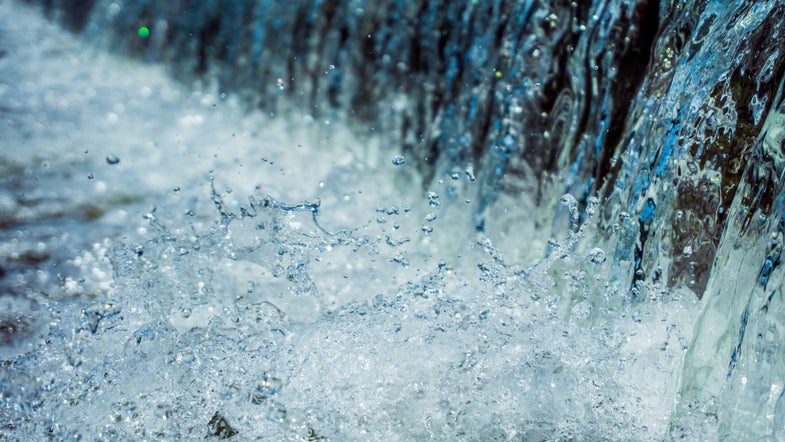 Once upon a time, Californians would have no excuse to complain about a drought. Some 8,200 years ago, the area was wet and stormy for a stretch of about 150 years.

The uncharacteristically rainy period accompanied a climate anomaly which took place at the same time, first discovered in Greenland ice cores in 1997. The “8.2 ka” event took place during the Holocene (aka the last 11,000 years or so) which was once thought to be a pretty uneventful time, climate-wise. The soggy new findings were published recently in Scientific Reports.

“We had just come out of the last ice age, the big ice sheets were melting back and people thought there wasn’t much going on,” says lead author Jessica Oster, assistant professor of earth and environmental sciences at Vanderbilt University. “But in the Greenland ice core record in the 90’s, a group of researchers noticed a big negative spike.”

That temperature plummet in Greenland led two glacial lakes to dump melt water into the North Atlantic, which changed the way that oceans and the atmosphere circulated and made things take a turn for the stormy.

California wasn’t the only location shaken by this change. Places like China and Brazil were even more severely affected due to intensified monsoon cycles, with stronger effects in South America and weaker effects in East Asia.

Oster and her coauthors used stalagmites, or cave deposits, to investigate the effects of this large cooling on California. Scientists can drill into the quickly-forming deposits to estimate their ages using uranium and thorium content, and determine environmental factors through other minerals like magnesium and phosphorus as well as isotopes of oxygen and carbon.

“Concentrations of magnesium and phosphorus might also tell you about how long water is spending in the rock above the cave, or how much material from the soil is washed in with the water,” says Oster. “So we look at lots of these different parameters, and we put all of that together to make a story about how the climate changed. That can be used with the information about the age, using uranium and thorium isotopes, to put that information from the other chemical parameters on a timeline.”

The paper is part of a five-year grant that will allow Oster to analyze stalagmites in two caves in California in order to study what the climate was like from the end of the last ice age to the present day.

“The goal is to put all of that information into a broader context with other climate records from California and the rest of the world to really understand how and why precipitation in western North America changed as we came out of the last ice age,” says Oster.

Oster says that this event is interesting because it happened at a time when the background climate wasn’t too different from the one we’ve got today—or at least the climate we had before fossil fuels took over. If the Greenland ice sheet massively melts into the North Atlantic like it did 8,000 years ago, she says, we could experience something quite like the 8.2 ka event again in the future.

“Studying a record like this helps us to understand how the climate system works under conditions that are relatively close to present day conditions,” says study co-author Warren Sharp of the Berkeley Geochronology Center. “That helps us to understand how the perturbations that humans are causing now, for instance increasing carbon dioxide in the atmosphere, might affect future climate change.”