The secret to healthy honey bees is hiding in Slovenia

The unparalleled taste of this country’s honey is no accident. 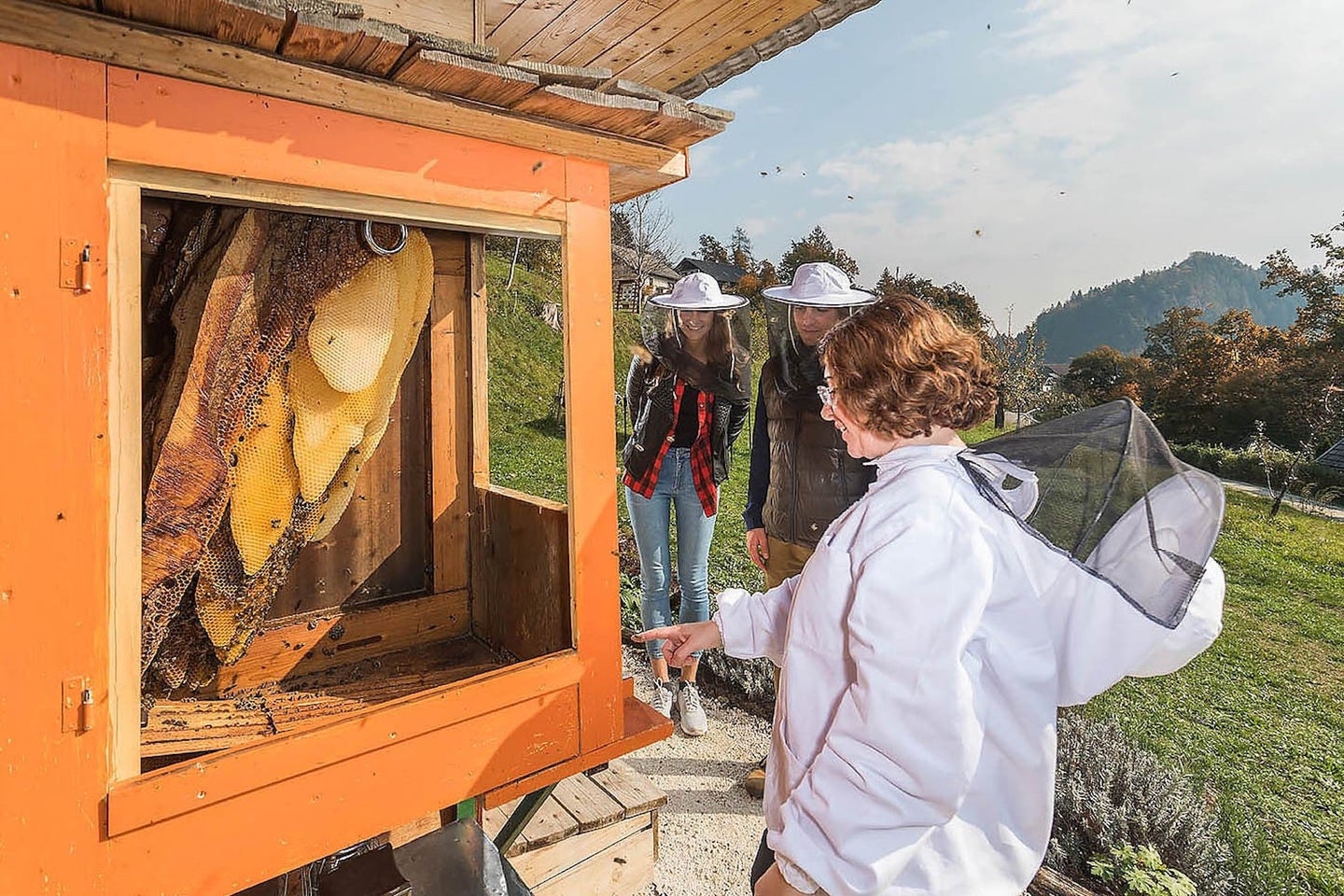 Beekeeping heritage permeates Slovenian culture. In the small Central European country, approximately one in 200 people keep and tend to bee colonies. Locals share a deep respect for the winged insects as indispensable pollinators in the food system, and honey appears often in traditional Slovenian delicacies. Beekeeping tradition runs so deep that in the Slovenian language, saying one’s “ax fell into the honey” is a proverb used to describe a sudden stroke of good luck.

“If you want to have a tomato, you must have a bumblebee,” says Maruška Markovčič, who works in the Slovenian capital of Ljubljana’s Department for Environmental Protection. As pollinators, bees enable crops to flourish and are thus critical for agricultural production.

Slovenia has long held a high regard for these insects. In the 18th century, Maria Theresa, then empress of the Habsburg Empire, launched the world’s earliest beekeeping school in Vienna and named Anton Janša as the instructor. “He was the first beekeeping teacher in the whole world, and he was a Slovenian,” explains Blaž Ambrožič, who looks after more than 100 colonies and sells bee products on his family farm in Bled.

Centuries later, bees are dying at alarming rates around the globe, due to factors like pesticide use, disease, and climate change. But in Slovenia, the beekeeping tradition continues to thrive, fueled by the country’s respect for nature and commitment to sustainability and conservation. In 2016, the European Commission awarded Ljubljana the title of European Green Capital. Domestically, the Slovenia Tourist Board certifies destinations and businesses that exemplify sustainable practices by giving them a Slovenia Green Label. This attitude of eco-consciousness extends directly to the care of bees.”If something bad happens in the environment, beekeepers immediately see the mistakes because bees will be dying,” explains Peter Kozmus, who heads the breeding program for the 8,000-member strong Slovenian Beekeepers’ Association and also led the initiative for the United Nations to declare May 20 as World Bee Day. Bees’ sensitivity to environmental pollutants and disturbances, Kozmus explains, makes the insects important bio-indicators—and their caretakers critical stewards. “If bees are doing well in the city, this is very good proof that the city is healthy,” he says. In 2011, Slovenia became one of the first European Union countries to ban the use of neonicotinoid pesticides after beekeepers suspected the pesticides were killing their bees. To further protect its native Carniolan honey bees—which Slovenians revere for their industrious and gentle nature—the country does not allow the import of other bee species.

When bees return to their hives after pollinating plants, the nectar they bring back is very fluid. “They need to dry it with their wings,” explains Nika Jere, who works with her beekeeper father in the family’s meadery business Jere in the countryside of Ljubljana. “If you have mass production and big hives, they cannot really dry it well, so the honey is usually pretty liquid.” Slovenian honey, on the other hand, is thicker and more firm—”like the taste and the minerals are concentrated, because the water has been removed by the bees,” says Nika. “That’s why the taste is really intense.”

Today, honey is still a regular fixture on Slovenian breakfast tables and a primary sweetener in desserts. It’s a sweetener in traditional foods like potica, leavened pastries often rolled with walnut filling, as well as medenjaki, ginger-scented honey biscuits. At Jere, Nika’s father Gregor looks after 300 beehives, producing raw honey and using it to make both regular and sparkling mead, an alcoholic beverage made by fermenting honey with water.

In 2007, the Slovenian Beekeepers’ Association launched a breakfast campaign to reemphasize the nutritional and environmental value of native bee products. Beekeepers visited their nearby schools bearing honey for schoolchildren to enjoy for breakfast. “While these children in kindergarten were eating honey, the beekeepers explained to them why bees are so important, why it’s important for us to eat bee products—because they are very healthy,” says Kozmus. Eventually, the initiative expanded to include other locally produced foods like bread and milk. The Traditional Slovenian Breakfast is now an annual event held on the third Friday of each November.

“When my children were small, getting a spoon of honey was like, for them, a lollipop,” says chef Ana Roš, who was voted the World’s Best Female Chef in 2017 by The World’s 50 Best Restaurants. “For me, it’s completely natural that at home I have a few different types of honey, but I don’t have sugar.” At Hiša Franko, Roš’ restaurant in Soča Valley, the menu springs entirely from local ingredients that reflect the diversity of the Slovenian landscape. The country’s varied topography, she explains, produces many distinct flavors of honey. Chestnut honey, for example, is dark-hued and tends to carry bitter and smoky notes, while the light-colored linden honey has a woody, minty aroma. These variations wouldn’t be possible without Slovenia’s attention to preserving a pristine and biodiverse environment. “It’s a direct result of the beauty and the quality of the nature,” says Roš. “Whatever the bee is going to collect, this is how the honey is going to look. There is no cheating in that. It’s a direct production.” At Hiša Franko, Roš regularly features bee products in innovative creations like bee pollen ice cream with hydro honey, and fondue made from beeswax and local cheeses.

Named the European Region of Gastronomy 2021, Slovenia is increasingly becoming a global food destination for its culinary philosophy that supports local growers and makes the most of its diverse topography. Food-minded tourists can experience the wide range of bee products not only at dining establishments, but also at the apiaries themselves. In a growing apitourism trend, many professional beekeepers across the country have opened their doors to visitors, introducing them to the unparalleled taste of Slovenian honey and offering a glimpse into the pollinators’ important care. Some apiaries allow visitors to don beekeeping gear and learn how to extract honey from a hive, while others even provide apitherapy experiences. “They arrange the apiaries so that you can relax in there, you can listen to the bees, you can lie on top of the beehives so that you can feel the buzzing of the bees,” explains Markovčič.

Intertwining beekeeping with tourism is one way the country continues to champion bee conservation and educate people around the world about sustainable beekeeping practices. “If we are really disturbing one point of the chain, the whole [environmental] system can collapse,” says Markovčič. “We are responsible for the environment of the bumblebees. They cannot plant wildflowers for themselves.”

Every third spoonful of food consumed in the world depends directly on the pollinating efforts of bees, which means we have bees to thank for much of what we eat. Slovenia has been returning the favor all along.

“Here in Slovenia, bees are like pets,” says Ambrožič. “Save the bees, and we will save ourselves.”