These ancient trilobites are forever frozen in a conga line

We can’t tell if they were dancing, but we can learn something about their social lives—up until their untimely deaths. 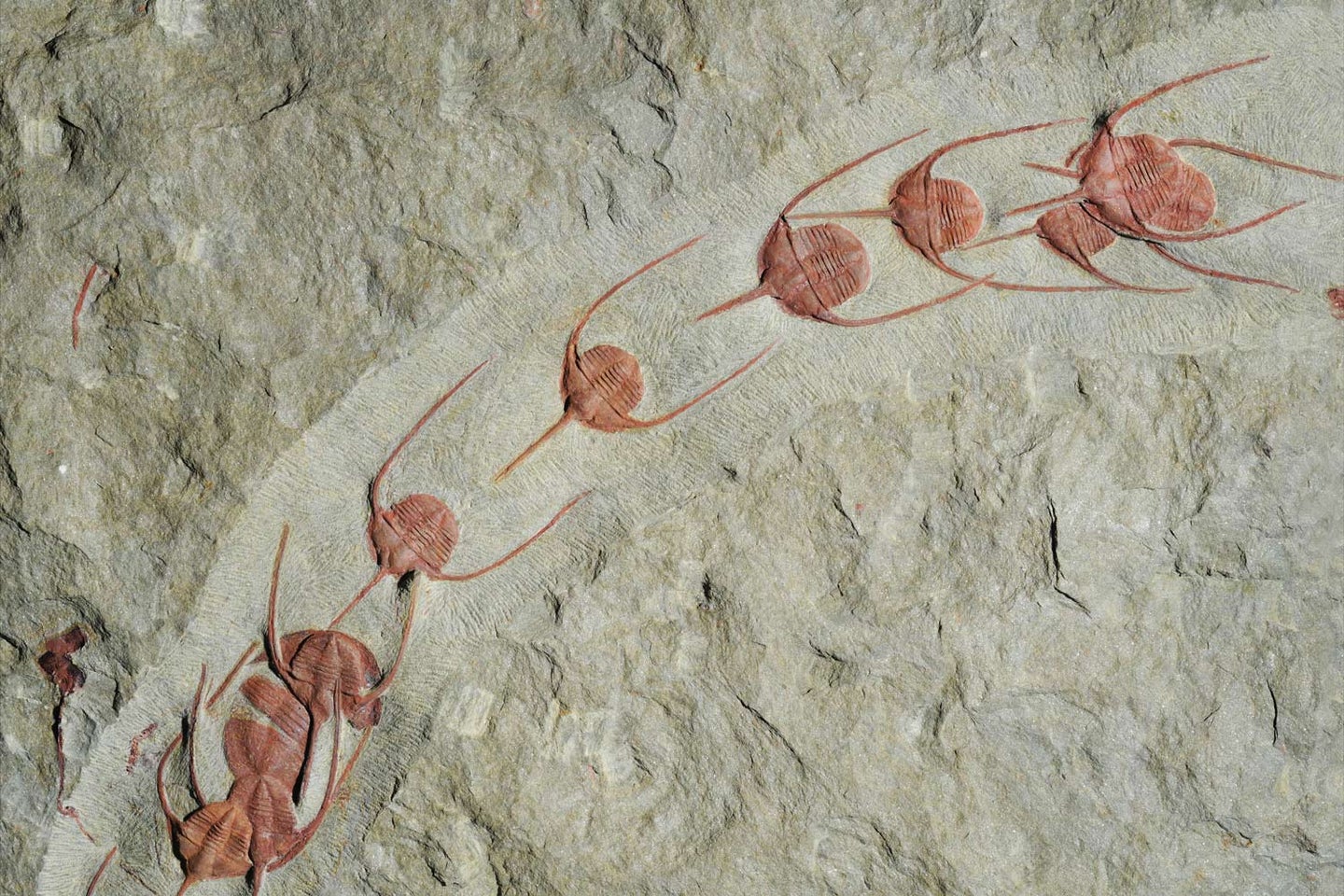 Next time you’re stuck behind someone slow at the grocery store, chill out. You’re taking part in an ancient ritual—one older than humanity itself. Animals have been standing in line for millions of years. A new paper out yesterday in the journal Scientific Reports looks at fossil evidence found in modern-day Morocco: 480-million year old trilobites frozen in several lines on what would have been the sea floor.

The fossilized line-ups “immediately reminded us of processionary caterpillars,” Vannier wrote. Numerous modern animals do things like line up or move in groups, including underwater. And so did ancient ones: evidence of collective behavior in ancient animals dates back to at least 525 million years ago. Researchers have hypothesized that for some trilobites, at least, forming a line may have reduced drag and made moving easier—like cyclists biking in formation.

The specific trilobite in this study, Ampyx priscus, didn’t have eyes with which to spot nearby peers. The researchers think it used chemicals and physical touch to figure out where it was in relation to its fellows. Other fossils of this species and another closely related one, all around the same age, were “also found in linear associations,” study author Jean Vannier of University of Lyon said in an email to Popular Science.

Working with local scientists, the team uncovered the fossils while doing excavations in a dry region of Morocco. They think that the ancient animals died during a storm. Whatever happened, about 480 million years ago, they were trapped beneath silt and quickly suffocated. Because they were covered with heavy wet dirt and weren’t able to dig, they couldn’t move much from the position they were in when they got buried—preserving their notable arrangement.

Examining the fossil record in this way allows “the possibility of exploring the social communication of extinct animals,” a group of scientists who studied a preserved shoal of fish wrote in a paper published earlier this year. These early roots form the basis of all the impressive displays of teamwork we see social insects doing today, like anthills and wasp nests.

“Using fossil evidence to infer the behavior of ancient animals is a very exciting field,” says University of Florida behavioral ecologist Nick Keiser. In the field of collective behavior, he says, “complex outcomes at the group level often arise from very simple rules at the individual level.” Individuals following signals and moving at a consistent speed and location relative to the surrounding members of their group creates a sophisticated collective movement that benefits all.

The study also looked at modern undersea animals for evidence that moving in lines underwater can be beneficial. One of them—the spiny lobster—moves single-file to avoid storms by moving to deeper water, just as its fellow ocean-dwellers may have done so many millions of years ago.