They wore hot pants in the name of science. 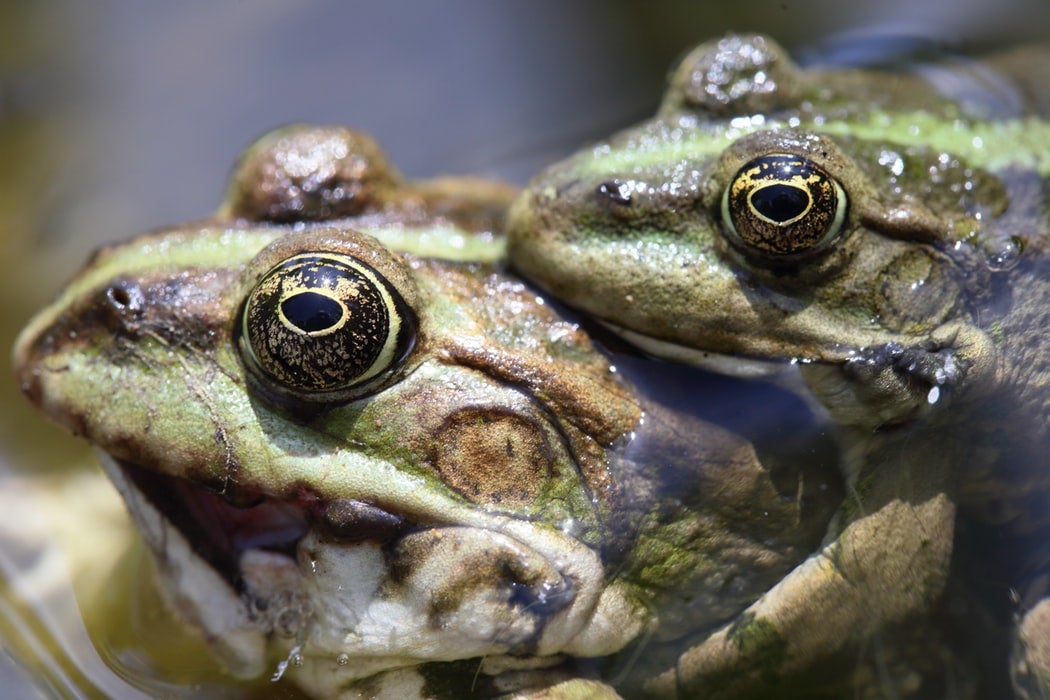 Each year, 1 to 2 percent of all births in the United States began with in vitro fertilization. IVF is a simplified term for a whole host of reproductive technologies that allow scientists to inseminate an egg in the lab, and then implant those fertilized eggs into a womb.

On this episode of Weirdest Thing, I wound back the tape a few years to the time of Lazzaro Spallanzani, an 18th-century Italian priest-scientist. In 1768, he began researching the theory of “spontaneous generation” in earnest. Spallanzani believed that the human egg contained all the necessary ingredients to produce life on its own at a time when many scientists believed the opposite—that sperm cells contained tiny little men just waiting to grow. Both groups were totally wrong, and Spallanzani showed why in a delightful experiment involving these high-fashion frogs.

But Spallanzani didn’t believe his own findings. Even though he conducted one of the first successful in vitro fertilizations ever recorded he remained convinced that his ovist theories were correct. Fortunately, it didn’t matter what Spallanzani believed—only what he proved. More than 300 years later, in 1978, the first human baby conceived through IVF was born.

Now that we’re in a world where we can sequence the genome of pretty much anything we want to, whenever we want to, it’s easy to forget just how far our use of genetic analysis has come in a very short span of time. Case in point: A pyrographically decorated gourd, dated to the days of the French Revolution, allegedly stuffed with a handkerchief dipped in the blood of King Louis XVI upon his beheading. The gourd—covered in whimsical war portraits and intricate handwriting burned into the dried skin—is a sight to behold. It certainly puts my tiny pumpkins from Trader Joe’s to shame. But does it really contain the blood of a beheaded king?

When the Italian family who’d owned this precious gourd for ages turned the specimen over to geneticists in 2010, they seemed to finally get an answer: Researchers concluded that the dried blood contained within was old enough to be genuine, and that it belonged to a blue-eyed man. A follow-up study took DNA from the mummified head of Henri IV, who ruled France two centuries before Louis XVI, and claimed to show the remains shared a genetic heritage through their paternal line. Voila, the world concluded: That gourd has royal blood.

Alas, twas not to be. In 2014, researchers armed with a much more comprehensive suite of genetic tests determined that the bleeder in question was actually brown-eyed, probably not particularly tall (as Louis XVI was), and didn’t seem to have the right ancestry to be a member of the French royal family. Mon dieu!

As I explain in this week’s episode of the show, we still can’t be entirely sure that this magnificent decorative blood gourd isn’t crusted with the bodily fluids of King Louis XVI. And that uncertainty is a reminder of just how much we still have to learn about the DNA that makes us who we are.