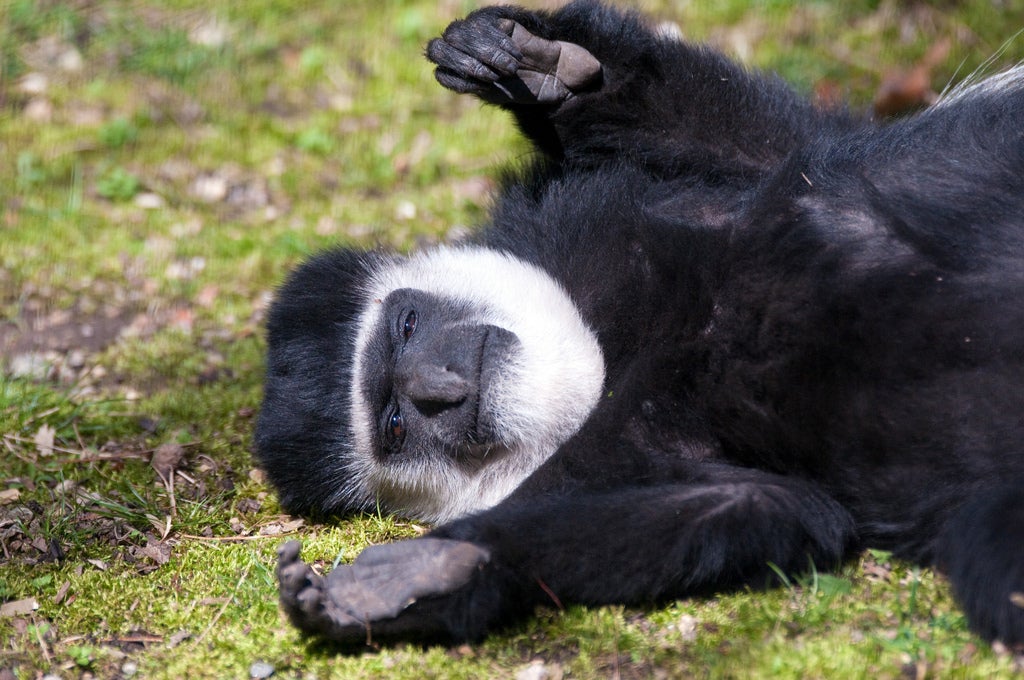 This story was updated.

By now, most of us are aware of how deeply uncool Christopher Columbus was. More states are replacing Columbus Day with Indigenous People’s Day (we’re up to six now), and more schools are teaching the truth about what went down in the Americas 600 years ago. But why stop there? Why not celebrate a purer primate?

The colobi are a group of Old World monkeys (meaning, from Africa or Asia) that are widespread throughout Africa. They are better than Christopher Columbus for the following reasons.

The various species of colobus monkey—there are about five distinct species, some with subspecies—are probably the most arboreal of all African monkeys. They live in rainforests and cloud forests, and can leap absurdly long distances. It’s not uncommon to see colobus monkeys leaping 20 feet from tree to tree. These aren’t big monkeys; that’s the equivalent of a weak bad-jumping human leaping about 50 feet from a standstill. I could not find any documentation of Christopher Columbus’s jumping ability, which indicates to me that he was not as good a jumper as a colobus monkey.

Colobus monkeys have very long tails with delightful poofs at the end of them. The best-known colobus monkey, the mantled guereza (also called the Abyssinian black-and-white colobus), has an enormous poof, sometimes taking up most of the length of the tail, like a big white bottlebrush. The mantled guereza uses the tail, we think, for balance as it jumps back and forth amongst the trees.

Christopher Columbus was tailless, like the rest of his species.

Colobus monkeys have cool beards; the mantled guereza has a dignified and well-trimmed white beard that contrasts beautifully with its black undercoat, bright white tail, and long white western-inspired fringes. The western red colobus has great bushy mutton-chops and a calico-patterned coat of bright rust, white, and black. Christopher Columbus, on the other hand, wears unflatteringly baggy pilgrim-nun clothes and has no beard.

Colobus monkeys are almost exclusively leaf-eaters, filling an important niche in the tops of the African forest. Most dense forests have lots of leaves and fruits that are poisonous or indigestible to most animals; think of the eucalyptus of Australia or the bamboo forests of China. The colobus monkeys eat this abundant food, and are able to digest it thanks to gut bacteria that ferments and breaks down the plant product. This is unusual for a primate; gut bacteria of this sort is more often associated with ruminants like cows. But there are no cows in the upper rainforest! And colobi are important seed dispersal vectors in their habitat.

Christopher Columbus mostly ate pickled and preserved meat and fish and bread products. His voyage also included livestock, beginning a legacy that would lead to the extermination of many native animals in the New World through predation or overcompetition for resources.

Colobus monkeys have very small stumps instead of thumbs, unique among primates. The name comes from the Greek word kolobós, meaning, variously, “mangled” or “docked” and referring to the lack of thumb. The evolutionary theory is that the thumb was irrelevant to the semi-brachiation mode of transport (swinging through trees) that the colobus uses; if you look at the king of brachiation, the gibbon, you can see that its thumb is very far from its fingers and its mostly irrelevant for moving around. The colobus uses its fingers like a hook to grab onto and swing from branches.

Nobody seems to have liked Columbus very much. I guess he “overcame adversity” by getting a day named after him despite a dubious humanitarian record. Not good enough, Chris. You have been bested by a monkey.