These octopuses are so warty, they almost got mistaken for a new species

But we still think they're cute. 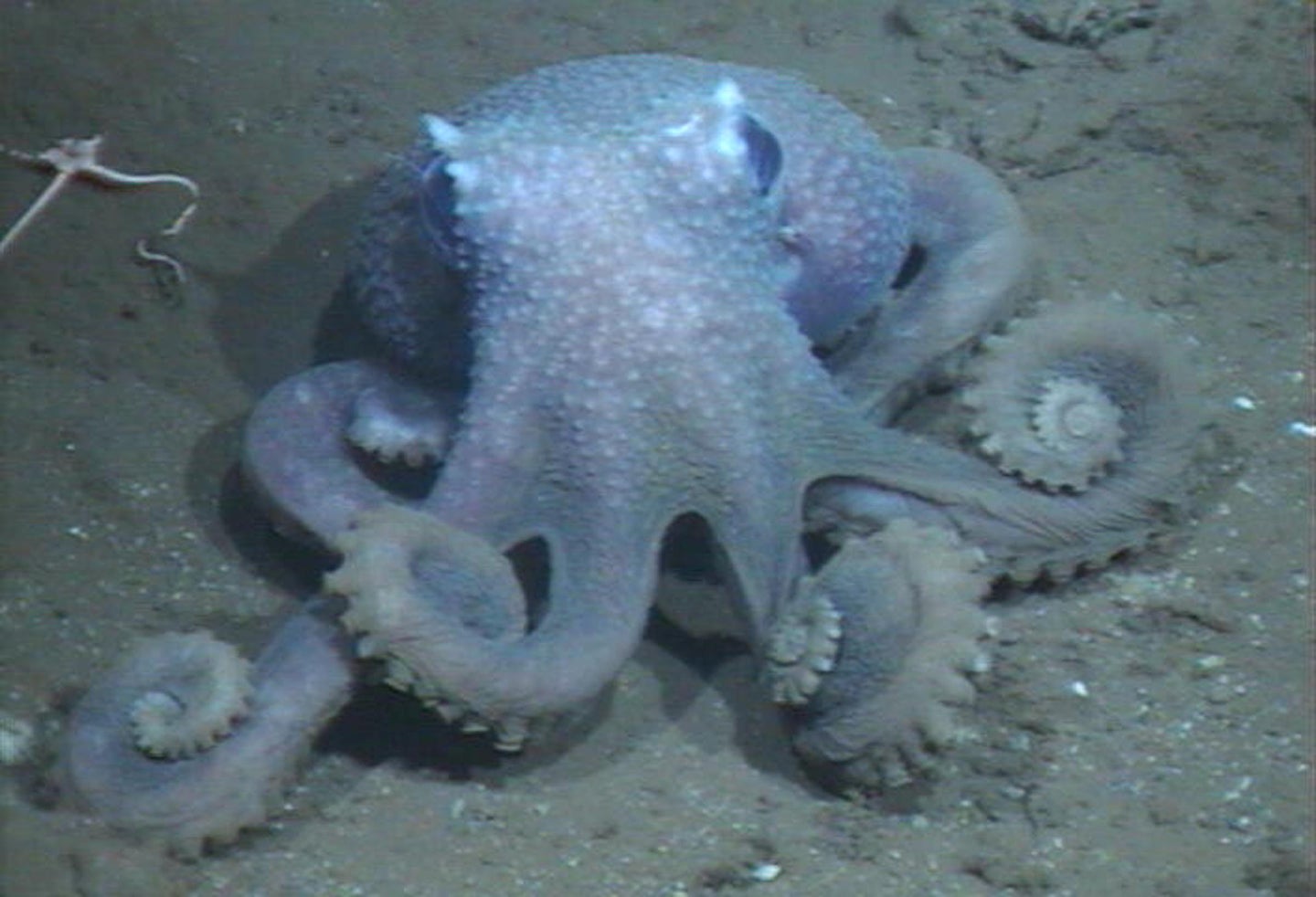 A study released this week (on World Octopus day, of course) in the Bulletin of Marine Science shows how even two octopuses that look very, very different could still fall into the same species. In a group of 50 specimens of Graneledone pacifica, the study reports, octopuses got wartier and smaller the deeper in the ocean they lived, from a range of 3,660 feet to below 9,000 feet.

Janet Voight, associate curator of zoology at the Field Museum in Chicago and one of the lead researchers on the study, saw the first specimen of these octopuses back in 1994. But when she actually got to see their natural habitat from inside the Human Occupied Vehicle the ALVIN, she was confused by how different, yet alike, the specimens were.

At first, she wondered if there were two separate groups instead of a scale of variation, so she started mapping out the number of warts versus the depth of collection

“I was surprised to find out that the variation was related to depth,” Voight wrote in an email to Popular Science. At one point, she says, she’d even written up a manuscript reporting that they were two distinct species. “I’m glad that I didn’t publish that!”

DNA analysis proved that, despite their variation in size and skin texture, they were all the same species.

Michael Vecchione, the curator of Cephalopoda at the Smithsonian Natural History Museum, says the research shows that it’s crucial to be cautious when working with small sample sizes. “The fact that they differ in different places makes us want to jump to the conclusion that they are different species,” he says, but this study shows that environmental influence could be to blame. “That’s broadly applicable to any rare species where you only get to see a few specimens, and you find them in places that are fairly separated from each other.”

The jury is still out on what about the deep sea causes the change in skin texture and what exactly the purpose of these warts are, but when it comes to size, Voight says it’s possibly because there’s not much food down in the depths of the ocean. Less food leads to smaller octopus moms, which could lead to smaller eggs and hatchlings.

But if the size of their mom impacts octopuses later in life, Voight says their skin texture might be affected as well.

Jenny Hofmeister, a researcher at the University of California, San Diego, who researches octopus behavior and ecology and was not involved with the study, says octopuses are always bending the rules of what we expect from them as we go deeper and deeper into the ocean.

Voight now wants to investigate what the warts are made of and look at the textures of other deep-sea octopus species.

“There are so many things about the deep sea we don’t know or fully understand,” Voight says. “Every chance to learn more offers us insight into how animals thrive there.”