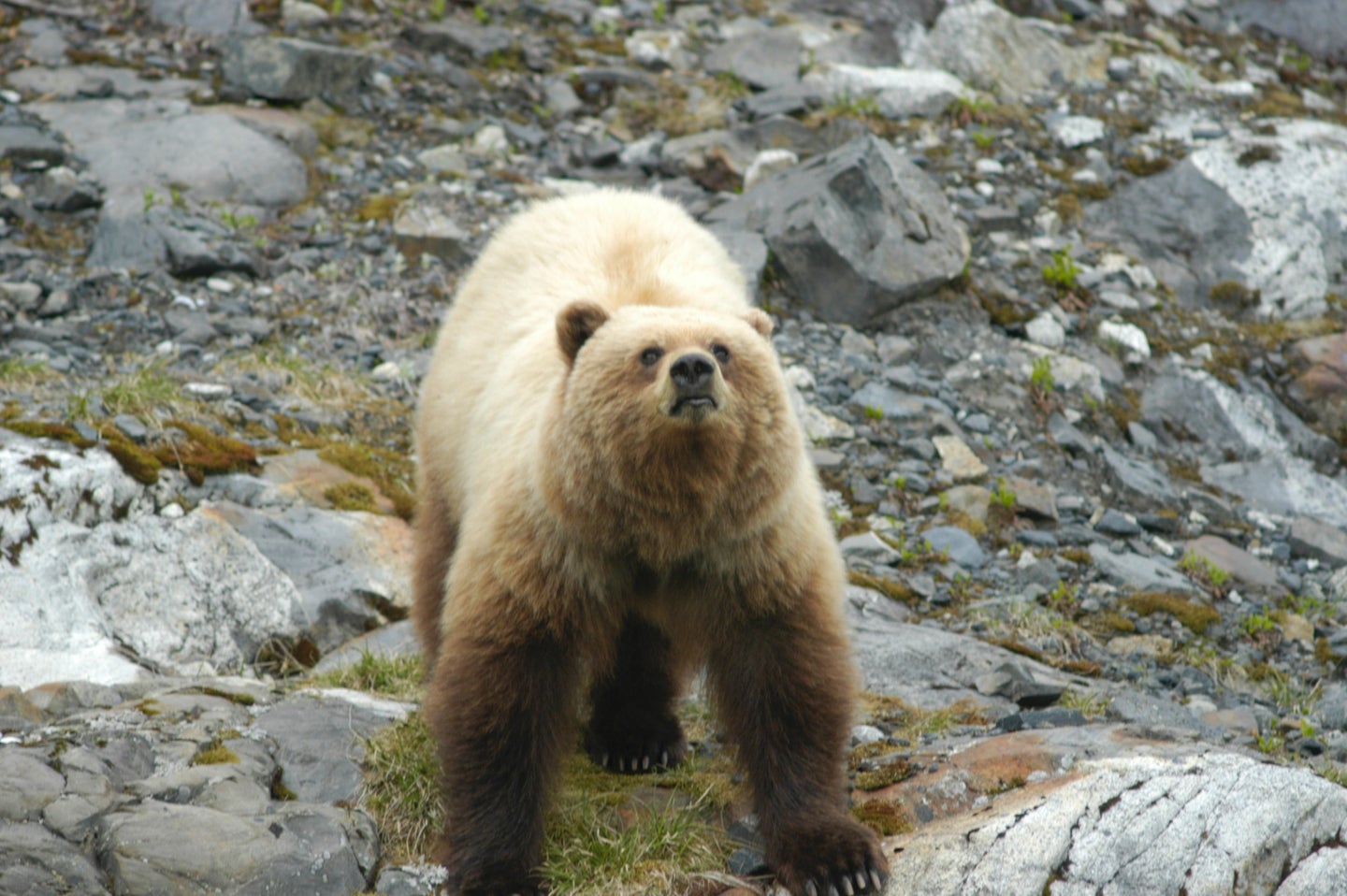 The principle to “take only memories, leave only footprints” has been enshrined in America’s National Parks for over a century. The quote is widely attributed to Chief Seattle (or Si’ahl), the leader of Washington State’s Duwamish Tribe, known for his leadership, bravery, and stewardship to the Earth. The phrase is meant to remind humans of their effects on nature and the world around them, but even just the footprints left behind by visitors to National Parks might be affecting animals.

A study published yesterday in the journal People and Nature found that even in the more remote and rarely visited national parks, the presence of even just a few humans impacts the activity and behavior of wildlife that live there.

“There’s been increasing recognition of how much just the presence of humans in these places, and our recreating there, can impact wildlife,” senior author Laura Prugh, associate professor in the University of Washington School of Environmental and Forest Sciences, said in a statement. “These results are striking in showing that really any level of human activity can have an effect on wildlife.”

[Related: How to selfie responsibly, and other tips for not damaging wildlife on vacation.]

The study was based in Glacier Bay National Park, a remote coastal area in southeast Alaska that is accessible only by boat or aircraft. Most the park’s visitors arrive on cruise ships, but the boats don’t dock on shore. The park only sees 40,000 people per year, a drop in the bucket compared with the about 3.3 million yearly visitors to Yosemite and 14.1 million to the Great Smoky Mountains. But the number of visitors to Glacier Bay is increasing.

“Glacier Bay is a great park to explore what the lower limits are where humans start to affect wildlife behavior,” Prugh said.

The team worked with park staff to install 40 motion-activated cameras across 10 sites within the park. During the summers of 2017 and 2018, the cameras captured detections of humans and four animal species—wolves, black bears, brown bears and moose. By controlling where and when people could access certain areas of Glacier Bay and then measuring wildlife responses to the differing levels of human activity, the researchers identified two important thresholds.

If humans were present in an area, fewer than five animals per week were detected across all four species studied. The team believes that the animals avoided the areas where humans were present. In more remote backcountry areas, the wildlife detections dropped to zero each week if there were only 40 visitors to the park per week.

The researchers were surprised by the apparent low tolerance wildlife had for the presence of people nearby.

“It was eye-opening to see the number of wildlife sightings we are ‘missing’ just by recreating in backcountry areas of Glacier Bay,” lead author Mira Sytsma, who completed this work as a UW graduate student, said in a statement. “I was surprised that for all four species, wildlife detections were always highest when there wasn’t any human activity. So many people visit national parks for the chance to view wildlife, and that desire alone may reduce the chance of it happening.”

All four species showed some change to their activity or behaviors due to humans, but wolves were most likely to disappear from cameras when people were around. Brown bears were the least impacted by human presence and moose were more active during the times of day and locations where people were seen. The team believe that the moose may be using people as a shield from predators, aligning their peak active hours with human visitors to avoid becoming dinner.

In the more visited parks where animals are more accustomed to seeing people, the team suspects that at least some individual animals won’t react as strongly to humans as the ones in Glacier Bay. However, the findings reinforce some other research that shows that as people flock to national parks in record numbers, their presence is impacting the animals who live there.

“Our findings lend support to concentrating human activities in some areas, because if you’re going to go above zero human activity and it’s going to have an impact, you might as well go way above zero in some areas and then have other areas where you have almost no human activity,” Prugh said. “In those areas, then, wildlife can live their natural lives unaffected by people.”