What are national monuments and why is Trump reviewing them?

American history, pre-history, and ecology all in one 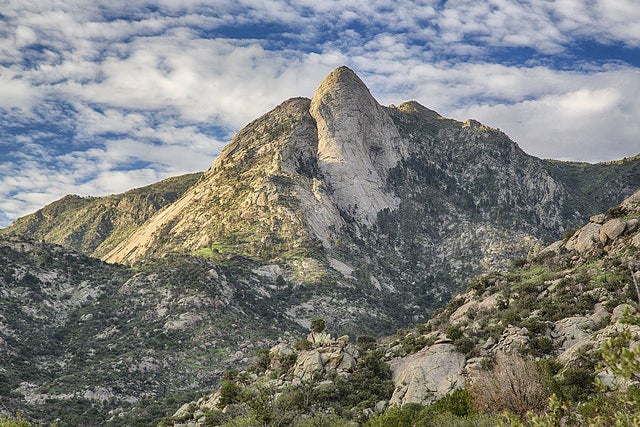 Update, May 5: This post was written before the Department of the Interior released the final list of monuments that would be reviewed, and details all of the potential monuments that might be selected for review. Today the Department of the Interior revealed the full list which can be viewed here. The list includes the Grand Canyon-Parashant National Monument, Bears Ears National Monument and Craters of the Moon. Although the Executive Order which led to the reviews says it would concentrate on national monuments that were 100,000 acres or larger it also includes Katahdin Woods and Waters National Monument in Maine which is 85,000 acres. It’s inclusion is likely decided by the clause “as made without adequate public outreach and coordination with relevant stakeholders.” The executive order doesn’t detail who is a relevant stakeholder.

I once had a colleague, an expat, who preferred everything about his home country to the United States. His list included culture, politics, education, and even the minutest aspects of our food. The bouquet of his native land’s cinnamon was allegedly more delicate and contained subtler flavors than the overpowering barbarism of American cinnamon, for example. This colleague preferred everything about his home country, that is, except its nature. In this, he begrudgingly admitted, the United States trounced his homeland. And he isn’t alone in appreciating America’s natural beauty. US travel analysis data shows that roughly a third of overseas visitors coming to the United States visited a national park or monument.

The United States has 58 National Parks, from marquee majesties like Yellowstone and the Grand Canyon, to less well known but no less precious places like Colorado’s Black Canyon. And then there are places like Organ Pipe Cactus in Arizona, and California’s Devil’s Postpile. We often think of those places as National Parks, because they are overseen by the National Park Services, but they’re actually National Monuments. It takes an act of Congress to create a National Park, but thanks to The American Antiquities Act of 1906, all it takes to establish a monument is a presidential pen.

What will a review accomplish?

What a review in this context actually means is unclear, since it’s never been done before. For more than a century, the Antiquities Act has allowed the President of the United States to declare that certain lands be placed under federal protection either because of their historic, prehistoric, or scientific significance. And up until now, there were no take-backsies.

In 1938, Attorney General Homer Stille Cummings wrote a formal opinion saying that the Antiquities Act authorized a president to establish a monument, but did not grant a president the right to abolish one. Congress basically incorporated Cumming’s opinion into the Federal Land Policy and Management Act of 1976, which says that a president can create a monument but it takes an act of Congress to revoke it.

It is unclear why President Trump is demanding a review, or what that will ultimately mean for our national monuments. But some Western lawmakers have called for the federal government to cede these lands back to state control for years. Others fear doing so would limit public access—including to outdoor industries such as hunting, hiking, camping, and fishing—in favor of turning over large portions for energy and property development.

But undoing monument status isn’t so straightforward: some of the lands were already public lands with lesser protections when they received the designation. Others, like Katahdin Woods and Waters National Monument in Maine, were created with land deliberately donated by private citizens with the goal that they be protected. Some have a ton of community support even if their existence is opposed by federal lawmakers. The Grand Staircase National Monument, for example, was vigorously opposed, but then eventually welcomed when locals realized that monument status brought in tourism dollars. Usually, however, national monuments aren’t sprung on a community—many of them are deeply desired by locals.

But this question of reviewing monuments presents a unique opportunity to explore what past presidents have chosen to protect. Together they make up an interesting pastiche of American culture—historically and ecologically. We’ve created a gallery of some of the most stunning images of the national monuments that you can see here.

Monuments: what are they good for?

Some of these locations, like Pompey’s Pillar near Billings, Montana (which was designated a National Monument by President Clinton) are historical in nature. The pillar is one of the only living records marking the passage of the early American explorers Lewis & Clark. At 51 acres, it’s also one of the smallest. By PopSci’s estimates, a third of the lands protected during the past 20 years were historical in nature, including the Stonewall Inn in New York City (which served as the scene of a turning point in the movement for LGBTQ rights), or the bus station that acted as a lightning rod for integration during the 1960 Freedom Rides.

Another nine percent are a mix of historical and ecological. A place like the Sonoran Desert National Monument, which is home to at-risk species like the endangered Sonoran pronghorn and lesser long-nosed bat, falls into this category because it also has several historic sites and Native American relics. Similarly, Mojave Trails National Monument in California follows along a 105 mile stretch of the old Route 66, and serves as a wildlife corridor linking together Joshua Tree National Park with the Mojave Nature Preserve. Notes the BLM website: “The monument will protect irreplaceable historic resources including ancient Native American trading routes, World War II-era training camps, and the longest remaining undeveloped stretch of Route 66. Additionally, the area has been a focus of study and research for decades, including geological research and ecological studies on the effects of climate change and land management practices on ecological communities and wildlife.”

But most monuments are purely ecological in nature—the goal is to protect the broader environment. Papahanaumokuakea Marine National Monument, which was established as a National Monument by President George W. Bush and expanded under President Obama, falls into this camp. At 583,000 square miles, it’s the world’s largest marine preserve and it’s remote—even for Hawaiians. Not exactly a tourist destination. Papahanaumokuakea will hopefully serve as a buffer against the conditions that are currently decimating coral reefs around the world, and by being so far away from human encroachment could provide insight into what it would take to restore the world’s reefs. Are Papahanaumokuakea and other ecological monuments safe in the wake of this unprecedented review? For now, all we can do is wait and see.