Spending hours watching whales, wolves, and elephants in their natural habitats presents wildlife biologists with mountains of data that would... 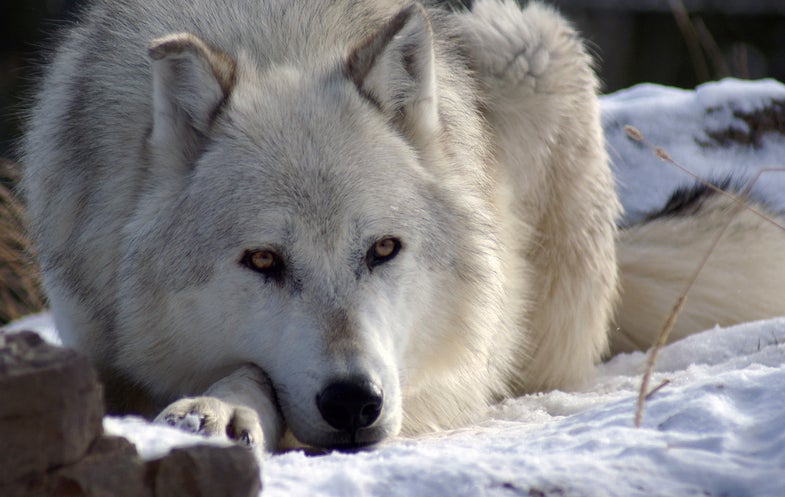 Spending hours watching whales, wolves, and elephants in their natural habitats presents wildlife biologists with mountains of data that would quickly overwhelm most animal lovers. But when the time comes to catalog it all, renowned marine ecologist Carl Safina reminds us that the work is far from tedious. In his new book, Beyond Words, he calls it “beautiful, urgent, an almost holy quest for deeper intimacy” with the natural world. In effect, he’s describing his own book, which brings readers on a critical journey towards reevaluating their relationships with the natural world.

Safina’s quest challenges scientific convention. Classical behaviorists maintain that we cannot know what another species is thinking, mainly because those animals can’t talk back to us. “There’s a large dollop of truth here,” Safina admits, but this book’s combination of dramatic animal narratives (based on decades of field work) and ground-breaking brain research makes a compelling case for considering animals as individuals, with distinct identities and behaviors which are sometimes very comparable to our own.

We begin in East Africa, hunkered down amidst elephants in Kenya’s Amboseli National Park. Decades of human pressure have left visible and mental scars on these animals: they become anxious when rangers switch off their cars because “voices without an engine are frightening to them now…poachers don’t have engines.” Observation in this book is mutual. Elephants identify us just as we identify them, each distinguishing the other according to trademark behaviors and distinct personalities.

Elephant’s personalities are inevitably shaped by the enduring ivory trade, which was banned in 1990 until stockpiled ivory became legal in 1999. Now poachers have the perfect cover to continue a decades-old slaughter, at the expense of one elephant every 15 minutes. We might feel both outraged and exhausted by yet another story of carnage chronicled in numbers, dollars and cents, but Safina avoids this trap by giving urgency to his mission. Understanding animals, he writes, is “not a boutique endeavor. Failure will speed their end and the bankrupting of our world.”

On the other hand, proper treatment of animals—treating them “as they deserve”—enriches how we understand our own humanity. In Yellowstone National Park we meet the legendary wolf “21,” leader of one of the Park’s most successful wolf packs since the species was reintroduced in 1995. During his lifetime, 21 distinguished himself as a peaceful warrior who never lost a fight and also never killed his rivals. Safina recounts one of his conversations with wolf expert Rick McIntyre:

Mercy, compassion, social status and bravery no longer seem the exclusive province of human beings. What makes a great person can make a great wolf as well.

Then “why do human egos seem so threatened by the thought that other animals think and feel?” Safina asks. Our need to feel special is his harshest critique of how we relate to the world around us, and, he suggests, is the basis for some of our most out-of-touch theories about animal cognition.

Among these is his least favorite, “theory of mind,” the distinctly human ability to intuit another being’s thoughts and emotions based on their behavior. Reading others’ intentions appears critical to survival for all the animals discussed in Beyond Words, but ultimately we are left with “humans are better at reading humans. Dolphins are better at reading dolphins,” and so on. It’s an unsatisfying conclusion, and Safina knows it. “We’re not done,” he repeats throughout the book, giving a nod to the simultaneous frustration and excitement that comes with being on the frontier of animal communication research.

Other scientific discussions are more resolved. Safina compellingly describes the evolutionary links in our brain chemistry to that of dolphins and apes. The difference is just in the details, he says, like our physical exteriors and our emphases on different senses. He also debunks the famous mirror test, in which scientists have historically tested animals’ self-awareness by seeing whether they can recognize their reflections in a mirror. The explanation is simple: with little precedent for encountering mirrors in the wild, most animals simply don’t understand reflection. Boom.

The book convincingly argues that we cannot apply human measures of intelligence and cognition to other beings. Sitting in a tiny boat watching killer whales socialize, Safina and veteran whale researcher Ken Balcomb swap mind-bending stories of whales rescuing lost boats at sea, returning drowning dogs to their owners, and even detecting human death before we do. More than reflecting human nature, these stories leave us “shaken out of certainty,” in our ability to quantify what we observe.

Safina is right there with us, feeling unsteady but also grateful for the sense of wonder and mystery these animals introduce to the world we think we know. Let us share in that sense of wonder. We owe it to ourselves, and to those with whom we share the earth.