We may know why fish rained from the sky over Texas

Last December shad rained down from the sky in Texarkana. Now researchers have come up with an explanation. 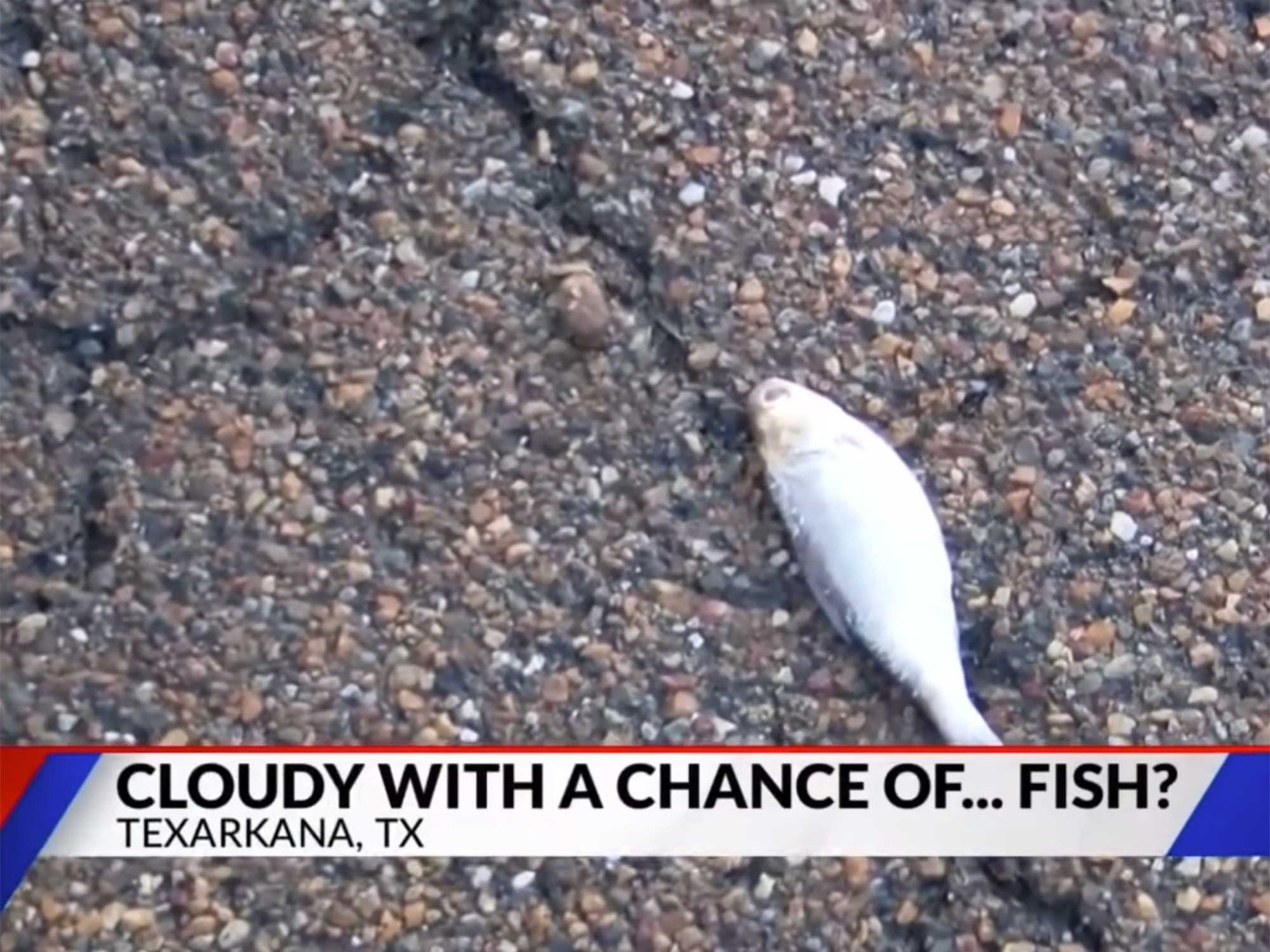 Social media posts and reported sightings of fish mysteriously falling from the sky made news a few months ago. YouTube, KTLAnews
SHARE

Did it rain fish in Texarkana, Texas/Arkansas, last December? Or did a massive gulp of cormorants spontaneously hurl their payloads? Sharon Hill, an independent researcher from Pennsylvania, and Paul Cropper, an author from Australia, investigated the odd phenomenon and have come to a conclusion: It was the regurgitating gulp.

“We’re both interested in finding out what, if anything, happened in a strange situation,” Hill told the Dallas Morning News at the onset of their investigation. “We’re not going to be dismissive, we’re not going to default to a paranormal explanation, but we’re looking to document what happened and what can be the possible natural causes.”

The strange situation occurred when Gizzard shad seemed to rain from the Texarkana skies during a thunderstorm at the end of last year. Multiple residents reported their encounters with the fish and shared photos and videos through social media.

Experts hypothesized that the storm whipped up a tornadic waterspout from the resident lake, lifting a school of small fish into the air and dropping them in a less friendly environment. It has been known to happen. But, National Weather Service meteorologist Brandon Thorne said there was no evidence backing that theory. “As we looked at the storm and went back and looked at the data, we really didn’t find anything that would indicate that there was any kind of waterspout,” Thorne told the Dallas Morning News. “We’re kind of confused as to how it happened as well, to be honest.”

So Hill and Cropper took up the case. First, they considered whether the whole thing was just a hoax. But too many eyewitnesses reported consistent accounts—in four different sections of town—of 12 to 30 fish on the ground. City officials had received numerous calls. At the airport, crews had shoveled up ten pounds of fish, delaying one flight. Video evidence had even surfaced.

So, Hill and Cropper looked into other possible explanations. They, too, found no evidence of a tornado, a waterspout, or flooding (some fish were found on rooftops). They checked flight records to rule out the possibility that the shad had been accidentally dropped from an airplane. There were no flights at the time.

Finally, the pair received a tip, implicating avian suspects. Residents told Hill and Cropper that large flocks of cormorants (known as gulps) typically flew over the airport at the time that storm had occurred. Some of the fish, Hill and Cropper found, seemed partially digested. And cormorants are known to regurgitate the contents of their stomachs.

The University of Texas Biodiversity Center in Austin will verify the findings. However, Hill told the Dallas Morning News, she is confident that she and Cropper have solved the mystery.