Money talks, so make sure yours is speaking up for climate action. 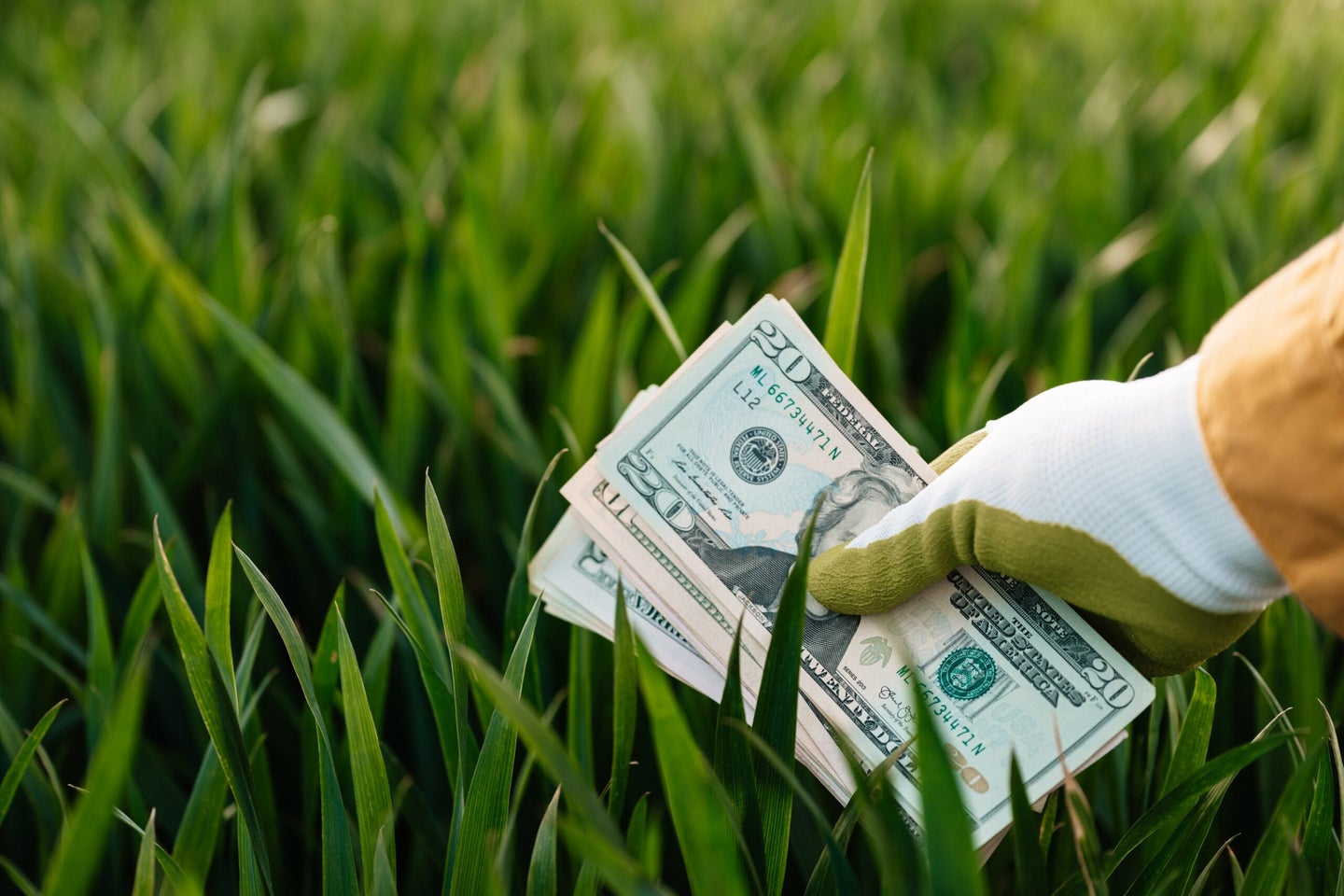 It's your money, so make sure it is going somewhere important. Karolina Grabowska from Pexels
SHARE

One effective way to make actual change in your life is by putting your money where your mouth is. Whether that’s buying your clothing second-hand or shopping for food locally to bring down the carbon footprint of your groceries, there’s a lot that you can do if you’re trying to make the world a little greener with your own green. So why not invest your money in a bank that shares some of those same principles?

PopSci chatted with Megan Hryndza, the CEO and co-founder of Mighty Deposits, which helps link people up with banks that make environmentally responsible investments.

“It takes a whole lot longer for a bank to change its direction than it does for a person to change their bank account,” she says. “The most impactful and immediate way to align your dollars with your values today is to put some, if not all, in banks performing right now on the issues that are most important to you, and then letting your current bank know why you moved your money. Nothing will get their attention faster.”

What sustainable banks do differently

When you put your money in a savings account, it doesn’t just sit there waiting for you when you need it. Banks are actively investing that money to finance other ventures to keep growing their funds. What they put your money in might not always be super clear—and different banks have different reasons for investing. But, in general, many of them are still bankrolling fossil fuels, despite the industry’s impacts on the health of people and the planet.

The motivation behind this may vary. “For example, a community bank in West Virginia may fund small business coal mine operations because it’s committed to preserving local jobs, while a global bank in New York may fund fossil fuel drilling because it’s designed to,” Hryndza says.

And as people become more active about climate change and the role that our economy plays in it, more banks are starting to listen. Some, Hryndza says, have made promises and commitments to no longer fund drilling in the Arctic or switch toward renewable energy projects. And a few, such as the online bank Atmos, exclusively fund climate change solutions.

Some of these institutions, she adds, may end up investing in greener options simply because that’s the economically wise thing to do, and not necessarily because it’s “green.” At the same time, banks that speak out on climate change may still be putting a ton of money into fossil fuels. For example, Citi and JP Morgan have invested around $3.8 trillion in fossil fuels even after the Paris Agreement.

[Related: Your retirement account can also help protect the planet.]

“Putting money into a bank with greener standards is like a vote, Hryndza says. “It’s one of the simplest, yet most profound ways to steer lasting, top-down change at a systems level, in response to grassroots action through the coordination of millions [of people].”

In the same way that companies can greenwash their products, banks can also greenwash their services. For instance, if a bank is too busy talking about its green offices, green e-statements, or green philanthropy, but not how it actually doles out its money, that’s a big warning sign, Hryndza says. It’s also important to assess what a bank is doing today to benefit the planet—not those big promises for the future that may never come to fruition.

Another key question to ask when switching banks is how much money they’re putting into community investments versus speculative investments, Hyrndza says. If a company is already investing in affordable housing, good jobs, hospitals, parks, and schools in low-income or otherwise marginalized communities, that’s a good sign that your funds will go toward making the world more resilient, even as the environment becomes more unstable.

[Related: Sci-fi carbon coins could actually save our planet.]

Certifications like B-Corp and membership in groups like Global Alliance for Banking on Values are also signs that the bank is committed to sustainability—and that they’re being held accountable for those commitments.

Where to find banking alternatives

To personalize your search, Hryndza suggests using an online service like Aspiration that makes it easy to know that your money isn’t ending up in fossil fuels and is supporting small, impactful businesses.  Other well-established green banking option are Atmos, National Cooperative Bank, and Southern Bancorp. Might Deposits also has a detailed resource with tons of options, and Green Deposits has a tip sheet on the how-tos of moving your money.

So whatever your vision for a sustainable future, be it renewables or equitable communities, there’s an easy way to support it by just moving your own cash around. It could mean the difference between supporting the future you hope for and funding initiatives that do the exact opposite.