Plant pandemics are on the rise, and we need a plan to stop them

Though they don't directly impact us the same way, pandemics amongst crops could be devastating for us. 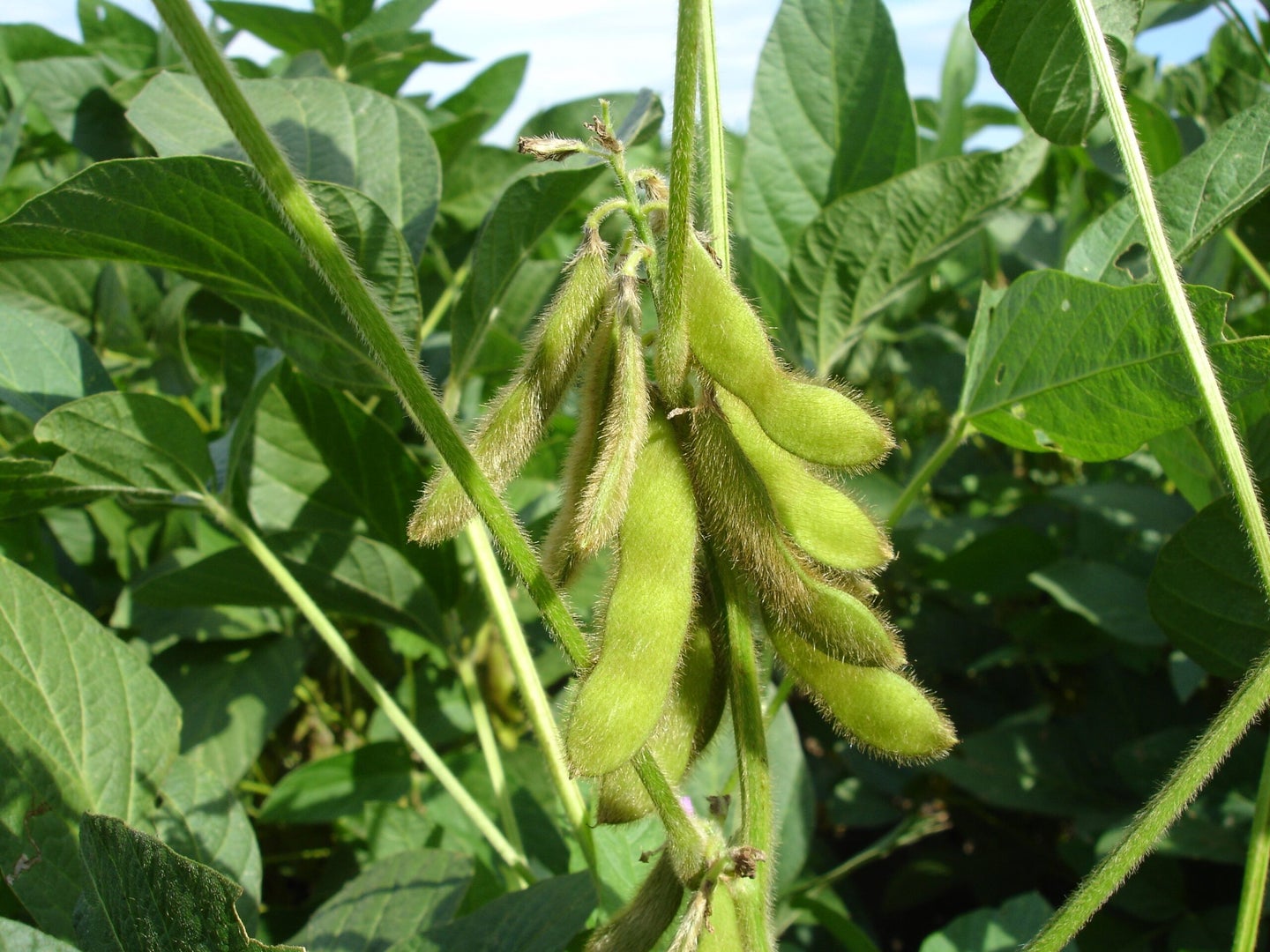 Soybeans are plagued by soybean rust, a fungus introduced to the US by a hurricane. Julio César García/Pixabay
SHARE

In 2004, a fungus blew into the Southern US on the winds of Hurricane Ivan. That fall, the first cases of the fungus, called soybean rust, were spotted on soy crops in Louisiana. The rust is a voracious eater, and, if a farmer is unlucky, can reduce soybean yields by 80 percent.

As globalized agriculture becomes increasingly vulnerable to plant pathogens, a group of plant pathologists argue that the world needs to do more to head off emerging plant pandemics like this.

“Diseases are becoming more severe as the climate changes,” says Jean Ristaino, director of the emerging plant disease research group at North Carolina State University, and the commentary’s lead author. “But then, our food supply needs to increase to serve a growing population, and one way to increase food production is to decrease the amount of disease.”

By one estimate, close to a third of the world’s rice and between 10 and 25 percent of its wheat are lost to funguses, viruses, and insects.

Over the last century, changes to both agriculture and the planet have set the stage for the rapid spread of agricultural diseases. The right pathogen can quickly adapt to a supposedly resistant plant, and burn through fields planted with a genetically identical monoculture. Depleted soil can leave plants even more vulnerable to infections. And the global trade in agricultural commodities mean that diseases can spread quickly from one side of the world to another.

“There are broader changes that lead to the emergence of pathogens that are different from the past,” says Neil McRoberts, a plant pathologist at the University of California Davis who was not involved in the research. “Under circumstances where they’ve previously seemed relatively unimportant and unnoticed, it can seem as if they emerge in relatively short periods of time as being more important.”

The most famous example is that of the Cavendish banana, the variety you buy in American grocery stores. The strain is sterile, and new plants are generated from clones, leaving it exceptionally vulnerable. They’ve only been commercially dominant since the 1950s, when a fungus called Panama disease wiped out their predecessor. Now, a new strain of the fungus is working its way through Asia, parts of Africa, and Colombia, where it could wipe out monoculture plantations.

In order to mitigate the destruction caused by similar diseases, the researchers argue, we need to invest in systems that will let us detect and respond to crop pests as they arrive–especially diseases that are invisible to the naked eye. That’s going to take both geopolitical and technological solutions.

On the technological end would be scaled-up disease detection systems, and genomic surveillance—much like the technology that’s used to detect COVID variants–to track the spread, and determine the origin, of concerning diseases.

“We have sensors that can detect disease before a spot shows on the leaf,” Ristaino says. “Kind of like someone with diabetes might put a patch on to monitor glucose levels, we’re developing these little plant patches.”

More challenging is the international infrastructure to ensure that countries share data and resources with one another.

“Plant health is something that’s really hard to keep on the international policy agenda,” says McRoberts.

That’s in part because, absent strong international cooperation, countries have an economic incentive to conceal agricultural outbreaks: it might hurt their exports. Meanwhile, the immediate health consequences of a crop pest might not be obvious.

“There tend to be firewalls at the country level,” Ristaino says. “But the advantage of removing firewalls and sharing data is that you can prevent the spread in the first place.”

That’s easier said than done, because although the technology might be available, it doesn’t come cheap.

“It becomes a political question very quickly. It’s easy to see from the economic North”—essentially Western Europe, Canada, and the United States—“how surveillance can be an effective thing,” McRoberts says. “The economic North is able to get all the benefits of trade and travel, while protecting itself from the problems those bring with them. I think the trickier problem is the one that involves this global equity question: how do you give that capability to the rest of the world, too?”

The paper calls for international organizations, like a wing of the United Nations, and the World Bank, to provide that capacity. And Ristaino acknowledges that the US has the capacity to scale up the technologies, but outside money will be needed to use them globally.

Still, better surveillance doesn’t mean that crops will be free from pests—it means that we’ll be another step ahead of them in a continuing arms race. It means that farmers might be able to use fungicides more efficiently, or plant modified varieties that resist an incoming pest. But the pests themselves are simply a part of growing food.

That doesn’t mean that surveillance isn’t worthwhile, McRoberts notes. “We should be better at anticipating the consequences of things we’re going to do anyway.”