Why cicadas are showing up in your yard four years early

It’s all a matter of timing. 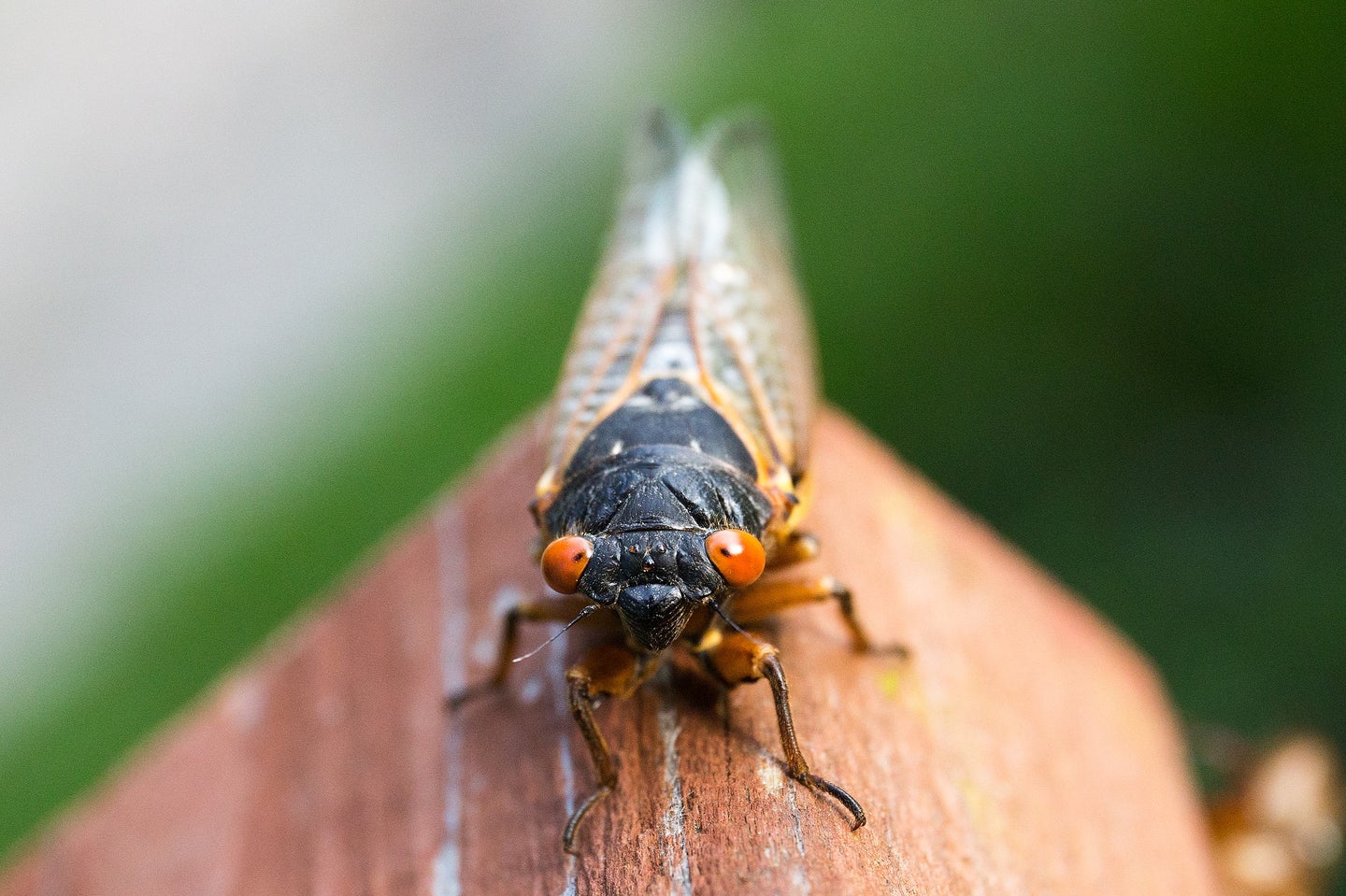 When they arrived in Cincinnati, OH, Washington, DC, and other pockets around the country during the summer of 2004, the desiccated husks of the red-eyed invaders coated hot sidewalks like leaves in the fall. They got into classrooms and cars, and pet owners had to pull away their cats and dogs before they gorged themselves silly on the tasty, plump food that littered every surface. The husks crunched underfoot, while their living brethren sang in a constant, raucous din that could drown out thought and worries. After 17 years, the cicadas of Brood X were back.

Then, just a few weeks later, they were gone. They laid their eggs in trees, giving their larvae access to the arboreal roots that would sustain them for the next 17 years—until 2021, when they would emerge again in overwhelming numbers.

But some of them just couldn’t wait to get the party started. This year there are reports of cicadas in Washington DC, Cincinnati, across Maryland, Virginia, Indiana, and Kentucky—all locations that were inundated with cicadas in 2004.

What are these cicadas?

Before we get into why researchers think cicadas are coming back early, it helps to know a little bit more about these creatures. The cicadas returning to the landscape are periodical cicadas.

Fun fact: there are seven species of periodical cicadas that have lifespans of 17 years (3 species) or 13 years (four species) spread out across the Eastern half of the United States.

Now, as cool as it would be to impress your friends at a dinner party by identifying the species of cicadas that just fell into their wine glass (really, they get everywhere), when it comes to the emergence of cicadas, knowing the species isn’t as important as knowing the timing and location of their emergence.

In any given cicada-prone area you might find all three 17 year species, or a few of the 13 year species, or some other permutation of cicada speciation. What’s important is knowing what cycle the local cicadas are on, and what year they last appeared in the area.

Researchers divide the (sometimes multi-species) populations of cicadas into broods that they map out across the country. For the 17 year cicadas, that means Brood I last showed up in 2012, Brood II in 2013, Brood IV in 2014, etc, all the way up to Brood X’s scheduled 2021 return. It gets a little weird after that. Brood XI went extinct, Brood XIII and XIV actually are earlier in the schedule than Brood I (showing up in 2007 and 2008, respectively) and Brood XII, XV, XVI, and XVII never existed.

Don’t worry. There will not be a test on this.

The cicada brood that we were all expecting to see this year was Brood VI, which last emerged in 2000 and was due to pop up in the western parts of North and South Carolina and northern Georgia. Those Brood VI cicadas are coming out, but there are also cicadas appearing in Ohio and the areas around DC, which is much more definitively Brood X territory.

Why are they coming out so early?

These early birds are known as stragglers, and experts estimate that they might make up only about five to ten percent of Brood X in any given area. So don’t worry, there will still be plenty of Brood X left to join the party in 2021.

In their brood year, billions of cicadas swarm over the landscape during their scant few weeks above the ground. They typically emerge in large enough numbers to completely overwhelm their predators, so that even after birds, dogs, cats, reptiles, amphibians, and wasps eat their fill, there are plenty of cicadas that still manage to lay their eggs and start the process all over again.

Stragglers show up early or late, usually in small numbers, and are often quickly overwhelmed by hungry predators. Often, the stragglers show up four years before or after the rest of their buggy buddies. But how do these insects count to 17 years in the first place?

“They must have some sort of inborn molecular clock,” Chris Simon, a biologist and cicada expert from the University of Connecticut says. What that clock is and how it works is still a mystery to researchers. Cicadas spend most of their life underground, passing through four developmental stages or instars, before emerging as adults.

“We think they count in fours, not counting the first instar,” Simon says. “The rest of the instars have an average length of about four years. But if they’re ready to come out after 13 years, they will.”

While they’re going through their underground period, the cicadas feed on tree roots, and may be able to tell the changing seasons based on changes in the tree’s biology.

Then, the year they’re ready to emerge, they wait until the soil temperature gets above 64 degrees Fahrenheit, and they all come out within a few days of each other.

How common is this?

Since researchers started documenting cicada emergences, there have been multiple reports of stragglers showing up in odd places at odd times. Sometimes, conditions are predictable enough that entomologists can actually tell when a brood will have stragglers.

That’s what happened in Cincinnati in 2000. Gene Kritsky, an entomologist at the Mount St. Joseph University, had monitored Brood X through much of the 1990’s, digging up cicada instars from tree roots and monitoring their progress. He noticed that some of them were large enough to emerge and predicted that in 2000, the Cincinnati area would have some stragglers four years ahead of schedule.

“What was unique in 2000 was that in several areas they came out in numbers large enough [a few thousand individuals] to overwhelm predators. They sang, they mated, they laid eggs,” Kritsky says.

This year’s early emergence, Kritsky says, might include the descendants of some of those early cicadas, along with some cicadas that were born in 2004 and are simply too precocious to wait until 2021.

Will it keep happening?

Cicadas have been here since long before the last ice age, and their brood patterns reflect that. As glaciers retreated, forests moved north and west, bringing cicadas with them. These cicadas set up their own brooding cycles in the newly deglaciated landscapes, a few years offset from their ancestral range, but still with the same 13 or 17 year life cycle. The evolutionary mechanics of how the species broke off into broods is still a question that researchers are looking into.

Cicadas, with their long life cycles, are intimately tied to the status of trees in a landscape, and seem to rely on environmental cues to tell them when to emerge, and how fast they grow.

That may play a role in this year’s early cicada emergence.

How can I help?

Yes, these are giant red-eyed bugs, but they’re nothing to be scared of. Cicadas don’t bite or sting, and they’ll be gone before you know it.

If you do live in an area with cicadas, you can help out cicada researchers around the country by reporting your sightings.

Kritsky is already getting calls and e-mails from people around Cincinnati telling him about cicada sightings. He’s been asking people to snap a picture on their phones with the location services on and send it in so he can use the metadata in the picture to see the exact latitude and longitude of where the cicada is located, and when it was spotted. Also important is listening to the cicada song. If it’s a constant chorus as opposed to a lone song, that tells researchers more about the cicada’s numbers and reproductive chances.

If you see a cicada and want to report it, there is a really easy-to-use online form on the Magicicada website, where people can record their location, what type of cicada they’re seeing, and if the cicadas are singing or not.