When rain is just as dangerous as drought 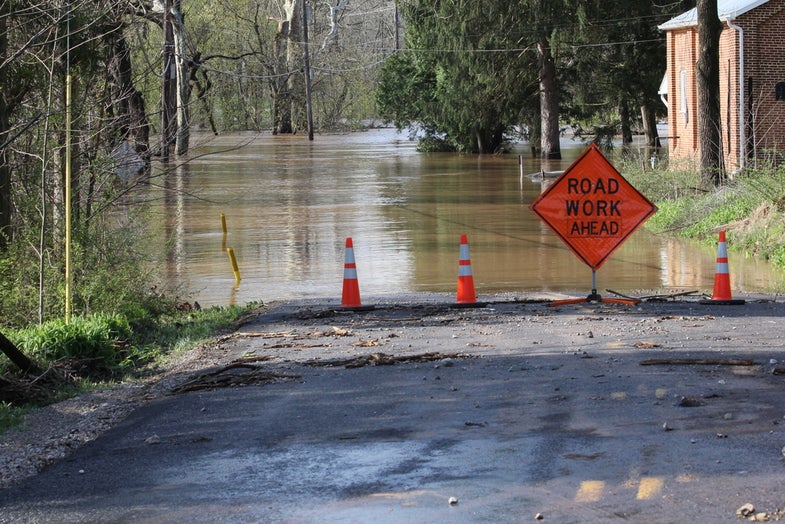 Extreme rain has many effects. Chief among the is localized flooding. Deposit Photos
SHARE

If you close your eyes and picture climate change, what do you see? What do you hear, feel, and taste? Your mind might not be painting the whole picture.

In her western novel Gold Fame Citrus, author Claire Vaye Watkins imagines “Air hazy and amber with smoke… Ticks clinging to the dead grass. Sand in the bedsheets… Some ruined heaven.” In the climate fiction classic The Water Knife, Paolo Bacigalupi envisions “[s]parse and lonely campfires” where Las Vegas used to be, “beacons marking the location of desiccated Texas… [who] had nowhere to flee.” And Emmi Itäranta’s book-length speculative fiction, titled Memory of Water, is… pretty self-explanatory.

These foundational works of the genre known as “cli-fi” are extrapolated scenarios based on real data and some scenes already read like lightly embroidered slices of present-day life. After all, from 2011 to 2017, the period in which Vaye wrote and published Gold Fame Citrus, California was in the midst of its worst drought in recorded history—and some experts say it’s already returning. And similar problems plague southwestern states like Nevada, which rely on the ever-diminished Colorado river for water, and large swaths of the Great Plains like West Texas, which sprung to life only with the aid of the rapidly-diminishing Ogallala aquifer. Their bone dry world is growing increasingly brittle.

But for many communities in the United States, the more physically foreboding sign of climate isn’t drought but its equally problematic opposite: extreme rain. The entire nation has experienced an uptick in extreme precipitation events in the last half-century. Nowhere is it more intense than in the Northeast, where extreme days with 2 or more inches of precipitation have increased 53 percent since 1996 alone. Here, many people are already plagued by the persistent beep of flash flood warnings, or the stench of sewage backing up into the basement. And experts say the situation is likely only to get worse from here.

EXTREME flash flooding grabs vehicles and sends them down the Peckman River…..crashing into the Rt. 46 bridge in Little Falls, NJ. That's the Chrysler Jeep dealer in the background. Flash #flood watch until 8 AM Sunday. Video via Miguel Galo. pic.twitter.com/oHV4okFNXA

When a storm rolled through Buffalo, New York on the morning of Aug. 8, it brought with it 1.5 inches of rain in just 30 minutes. At the time, University at Buffalo architecture professor Nicholas Rajkovich was watching the water level rise in his backyard. Four inches. Five inches. Maybe even six inches. “I was trying to keep it from creeping up in my house,” he says. “I was trying to use a push broom to keep the water out of my house.”

Looking at the regional extreme rainfall database, which is maintained by Cornell and available to the public, Rajkovich saw that the event fell somewhere between a 25-year and 50-year precipitation event. That meant the likelihood of rainfall like what he experienced occurring in a 24 hour period in any given year was between roughly 2 and 4 percent, he says.

Rain is common in Buffalo, which sits on the northeastern shore of Lake Erie. But the city wasn’t built with events like these in mind—few cities were. So though the clouds had passed, the water continued to slosh around Rajkovich’s neighborhood. “The whole sewer system was backed up with that volume of rain coming down that fast,” he says. To allow more water to pass through, his neighbor tried to clear debris from the drains in the street. It had little effect.

On its own, one atypical downpour may not matter much. But this shower was hardly an isolated event. In 2012, the top 1 percent of rainfall events in the northeast carried 71 percent more rain than the most intense events did back in 1958. The Great Lakes region has experienced a 37 percent increase in the intensity of such events in the same time. And the Southeast’s third place trophy is similarly full to the brim, with a 27 percent uptick.

The cause of this liquid misery is hardly a mystery. “As the climate warms, more air can hold more moisture,” Rajkovich says. “That’s just a scientific law.” This means a single storm can dump more rain—or whip up more water—than before. The impact of other systemic factors like wind are also being evaluated.

Many negative side effects of extreme precipitation are clear. In 2017, for example, Hurricane Harvey unleashed a record-breaking 34 trillion gallons of water over Gulf states, namely Texas. With it came death, displacement, and some $180 billion in damage. In the last week alone, extreme precipitation on a global scale has been named the culprit in a bridge collapse; a torrent that sent new cars swimming off the lot in New Jersey; and unusual weather on Mount Everest, which is currently receiving twice its normal summertime rates of snow and rain, according to the South China Morning Post.

Other downsides are slightly more subtle—though no less pressing. Heavy rains quickly floods streets, sending polluted runoff and even raw sewage straight for the nearest lake, river, or ocean to taint drinking reservoirs and natural habitats. “You can have more sinister stuff,” too, says Rajkovich, like when water, sewage, or a combination of liquids backs up in a basement or pours into a home. This can pose a health hazard, pushing mold and other potentially-toxic microbes to proliferate.

Cities are developing strategies to cope, though not always as fast as the rain is failing. Beneath the city of Cleveland, engineers are busy constructing a 21-mile network of tunnels to stop future runoff from dumping into Lake Eerie untreated. Norfolk, Virginia is introducing pervious pavement, which absorbs water instead of allowing it to slide across the concrete unabated. And many of New York City’s neighborhoods are now dotted with rain gardens: aerated plots of soil and plants that collect and filter water on site. 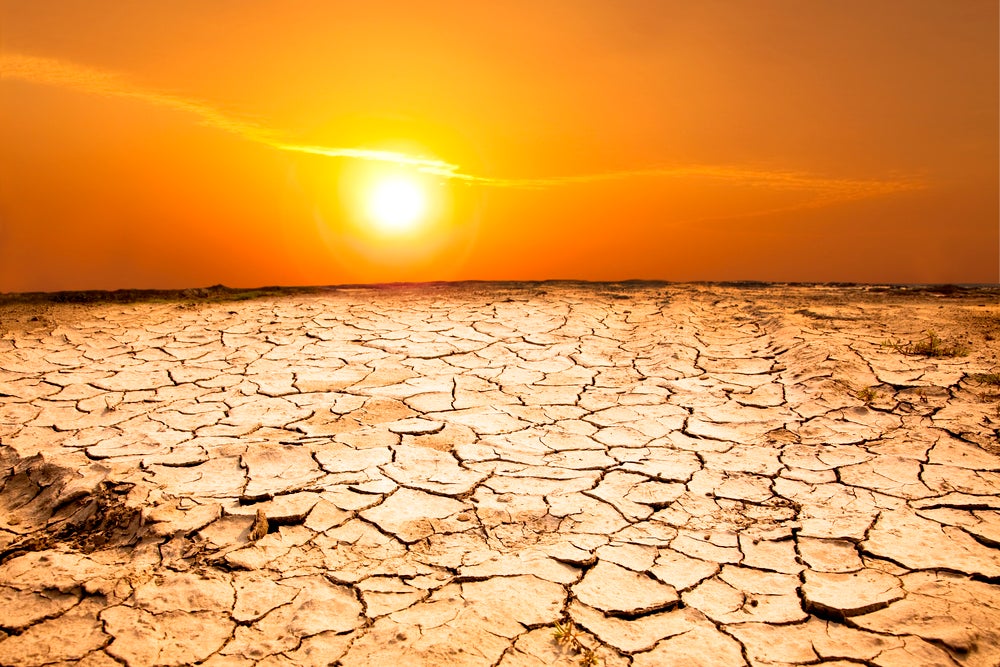 Large swaths of the country are grappling with persistent drought. But they’ll be effected by unpredictable (and likely unmanageable) rains, too.

The eastern half of the United States may be unduly swamped, but the rest of the country hasn’t escaped extreme precipitation entirely. Between 1958 and 2012, the Southwest experienced a 5 percent increase in the intensity of its most severe rainfalls and snowfalls.

That figure sounds small, but residents of the drought-prone region have struggled even more than their neighbors to cope with unexpected downpours. Flash floods are a well-known hazard in desert communities like Phoenix, where rivers can turn from trickle to torrent in the blink of an eye. The city of Los Angeles lacks sufficient tools for harvesting whatever rain water does fall. And California’s worst wildfires in 2017 were born of a bizarre one-two ecological punch: heavy rains grew the grasses, and a subsequent drought dried them into kindling.

“There’s a lot of negative consequences to heavy, heavy rainfall,” Rajkovich says. “If it was more rainfall spread out evenly over the course of the year, that might not be so bad. But that’s not what we’re seeing.”So the next time you close your eyes and imagine climate change, remember it’s not just a mouth full of sand. It’s also a dirty, bruising wave.