We put a lot of pressure on species to adapt. 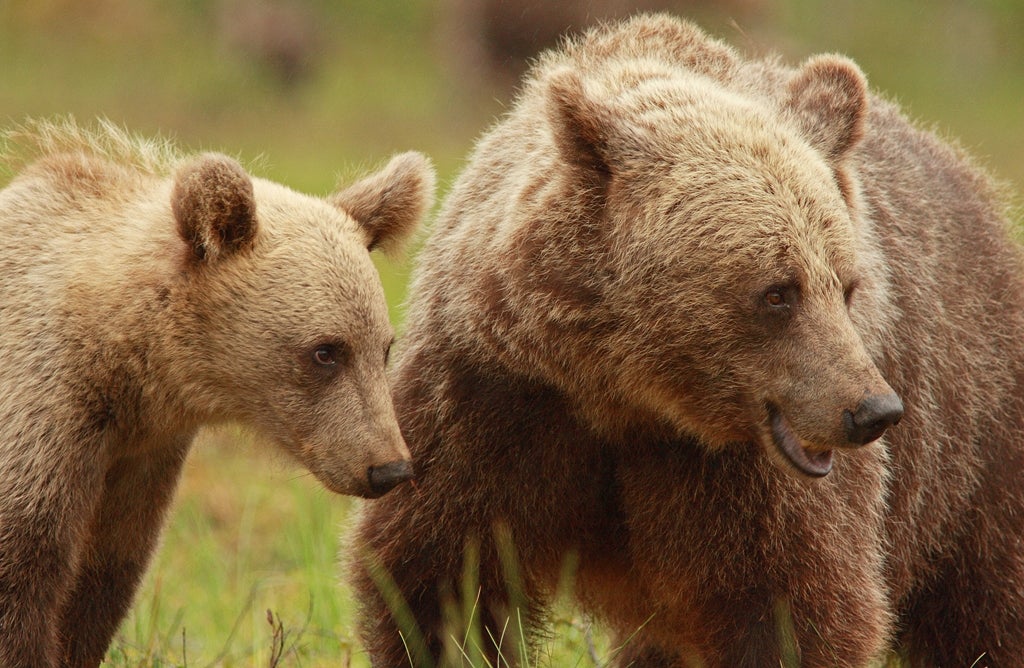 Humans are perhaps the greatest source of evolutionary pressure. Not greatest as in best—we just apply a lot of force.

In just a few thousand years we drastically changed the temperament of dogs by domesticating them, and in a couple hundred managed to diversify them into separate breeds. We’ve done the same to virtually every livestock animal. Yes, we are truly excellent at forcing other species to suit our needs and whims.

But perhaps our greatest work—and again, that’s not meant as a compliment—is how we’ve changed wild animals through hunting. The simple fact is that any time you hunt an animal, especially if you only want a specific subset of the population on your dinner table, you’re applying a selective pressure.

That’s exactly what’s happening in bear populations right now, at least in Sweden. Researchers took a careful look at data from the past two decades and realized that hunting regulations intended to protect mother bears and cubs have some unintended consequences—though not all bad. Because hunters are prohibited from shooting female bears with dependent cubs in tow, they’ve been selecting for bears who keep their kiddos with them for longer. As a result, their whole reproductive cycle has shifted to become slower. Prior to 1993, Scandinavian brown bear cubs all seem to spend about 1.5 years with their family. But now, about a quarter of all litters spend an extra year.

These mothers have fewer offspring on average, because they don’t get pregnant again until their cubs leave. But that cost seems to be outweighed by the survival advantage both cubs and mama bears get by sticking together. Simply having more babies—which would have shortened the reproductive cycle—probably wasn’t as protective, since there’s still a vulnerable period between when cubs wean and when the mama bear can become pregnant again. Having your babies stick with you reduces vulnerable periods, since you get an extra full year of protection.

That’s not to say that all hunting regulations have positive impacts, though. Many have had negative outcomes.

Hunting elephants for their tusks—or, more accurately, poaching them—has imposed a powerful selection force against impressive teeth. Once a way to dominate your social group and defend yourself against predators, tusks have become a liability. An animal with less desirable tusks is more likely to avoid poachers and have lots of offspring. As a result, increasing numbers of elephants grow short, stumpy tusks or (in very rare cases) have none at all.

Pretty much any animal that has impressive antlers or horns—or any impressive physical feature that we can hang on our walls—is subject to artificial selection. Hunting regulations sometimes prohibit shooting young males who have fewer points on their antlers or underdeveloped horns, so hunters tend to kill the older specimens. But this just selects for deer (or sheep or what-have-you) with smaller headgear. Over time, many deer, antelope, and sheep populations have shifted to have males with less impressive accoutrement.

Even when we’re not selecting for headgear, we usually select for sex. Human hunters tend to target male animals at much higher rates, which often skews the gender balance of wild populations. This isn’t always a bad thing, especially because many animals are polygynous—one male takes many female mates. But drastic shifts can change the calving season, which in turn can lower offspring body weight and survival rate. If you’re a moose or an elk born too late, you don’t have enough time to eat and grow before the next winter sets in.

Speaking of body size, let’s talk about fishing. Even moderate fishing applies selection force. Fishermen and -women generally want to catch the biggest specimens, whether it’s for the profit or just the food, which means we’re systematically killing off the largest fish in any given population. This means that popular fish like trout and salmon are decreasing in size overall, since being smaller gives fish a survival advantage. They’re going to keep shrinking until we stop selecting for the biggest swimmers.

One slightly more unusual case: the silver fox. They’re a variant of regular foxes, who mostly have red fur. In the 1800s, as many as 20 percent of foxes in eastern Canada had this silvery sheen. Trappers soon realized they could get three times the price for a silver pelt as they could for the standard red, so they actively sought out the mutants. Even though they only trapped slightly more silver foxes proportionally, by 1930 they had dropped the silver fox population to just 5 percent overall. Now we’re mostly stuck with silver foxes of the human variety.