From tornadoes to farts: Eight science books to check out this month

There's something for everyone. 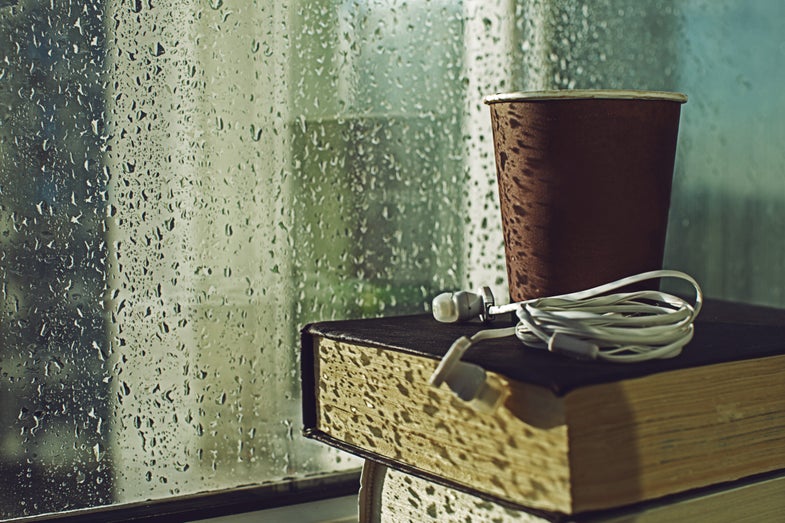 April showers bring you plenty of time to stay safe, dry, and warm inside with a good book while you wait for warmer weather to get here. Here are some books making their debut this month that we’re excited to read. We’ve got personal stories about incredible people, lessons from disasters, glimpses of potential futures, and a lot of odd animals both living, dead, and flatulent. Take a look.

The Man Who Caught The Storm

The Man Who Caught The Storm tells the story of Tim Samaras, an engineer who became one of the most legendary storm chasers in the world tracking tornadoes across the United States. This gripping book takes you inside Samaras’ life and tragic death, relying on hours of interviews with friends and family and chase footage to offer an incredible look at his perilous calling.

The Neuroscientist Who Lost Her Mind

In January of 2015, Barbara Lipska learned that a problem with her eyesight was a symptom of a much bigger issue. A cancer—melanoma—had spread to her brain. As the disease progressed and she went through treatment, her behavior became erratic and she began exhibiting signs of mental illness. But Lipska wasn’t a typical patient. She was also prominent neuroscientist who studied mental illness for a living. This book offers a first-person account of her ordeal, and her recovery.

Disasters don’t follow Lucy Jones; she follows disasters. In The Big Ones the noted seismologist shows us how 11 massive disasters, from Pompeii to Katrina, have shaped our world and our societies—and how they can help us to better prepare for the massive events that will inevitably feature in humanity’s future.

What happens when we hand over the ability to target and kill other humans to machines? It sounds like something out of the Terminator movies, but autonomous weapons are an emerging force in war. Former U.S. Army Ranger Scharre takes you deep into the development and future of autonomous weapons, and what that might mean for us.

Most people want to know what the future holds. Maybe not everything, but a tiny peek might be nice, right? This book is filled with essays from experts offering their informed opinions on what the science and technology of today will look like in the future, from smart materials to artificial intelligence to genetic editing.

The Rise and Fall of the Dinosaurs

Dinosaurs roamed the earth for over 200 million years, a reign that dwarfs our puny human timespan. How did they get to the top only to lose it all? It’s a (very) long story engagingly told by paleontologist Steve Brusatte, who guides the reader from the dominion to the downfall of these awesome creatures.

The Truth About Animals

Did you know that the U.S. military once tried to use bats to drop bombs? Or that Adelie penguins have such wild sex lives that mortified researchers would put off publishing the first scientific report on their proclivities for nearly a century? Cooke gathers these tales, and explores myths and misunderstandings that dog animals to this day.

By Nick Caruso and Dani Rabaiotti

It started out as just a tweet by zoologist Dani Rabaiotti, looking to answer her brother’s query about whether or not snakes fart. As it happens, they do. Now, along with ecologist Nick Caruso, Rabaiotti has compiled the “Definitive Field Guide to Animal Flatulence,” which answers the title question for 80 creatures, including clams (and humans).