One day your sweaty workout clothes could power electronic devices

Scientists have developed a fabric that generates electricity when stretched—and works better wet. 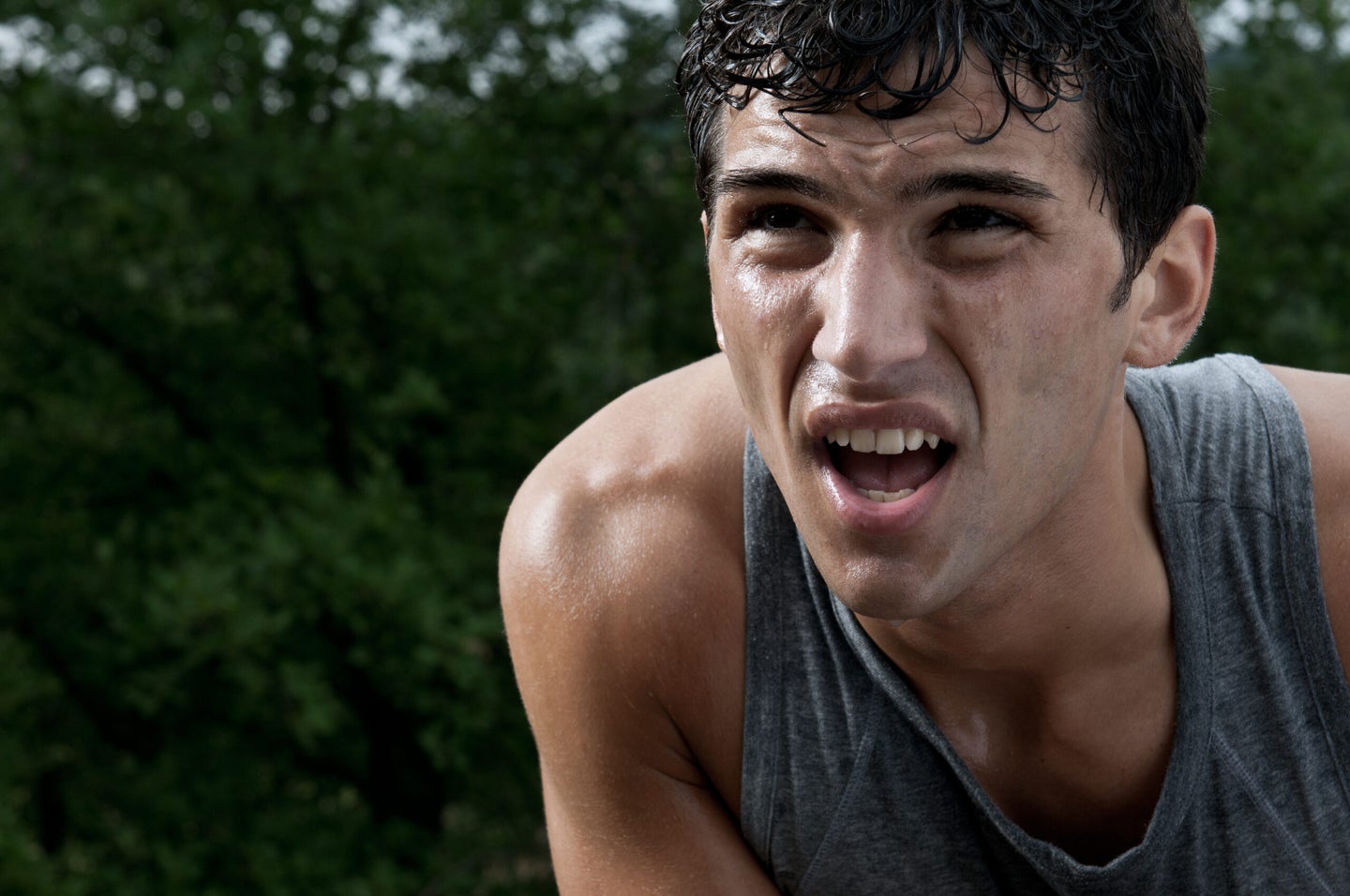 Anyone watching Swedish scientist Anja Lund working out on an aerobic stepper recently might have thought it a strange way to get fit. She was stepping while holding a shoulder bag, its arm strap dripping with water. In this case, exercise was secondary to science. Lund wasn’t attempting to break a sweat — rather, she was trying to simulate a brisk walk in the rain.

The idea was to test an experimental material’s response to moisture. That’s why she doused the arm strap in tap water, hoping that the special electricty-generating fabric she and her team developed not only would keep producing power when wet but would become even stronger. It succeeded on both counts.

“The reason we focus on the functionality underwater is that most electronic textiles have a structure that means they would probably cease to function when wet,” she said. “For practical use, it’s important that this textile can withstand both foul weather and wash, as this would be expected from other textiles. Our textiles can be used in a shoulder strap, but can also be produced on a larger scale and used in upholstery, mats or as filler in composite structures. The larger the textile, the more power it will produce.”

The concept of wearable electronics or electronic textiles isn’t new, but efforts to improve them with practical and innovative power sources is an ongoing quest, made all the more important now. Climate change has prompted researchers to try to devise novel clean energy sources that emphasize comfort, utility and sustainability — in particular, new options in batteries. Conventional alkaline or lithium-ion batteries typically end up in waste piles, where they risk leaking toxic materials into the soil. They also are heavy, bulky and rigid, making them cumbersome to use.

Several groups of scientists — using different approaches — have been working to design functional alternatives to conventional batteries using fabric or yarn. “We’ve developed high-performance, wearable and stretchable yarn batteries that can be woven into smart textiles,” said Chunyi Zhi, a materials scientist at City University of Hong Kong, whose team has produced a rechargeable battery made of yarn that is waterproof and still can function even if cut into small pieces. “It can be easily integrated… in flexible electronics, smart fabrics and smart clothes,” and maintains its power even when “bent, stretched, hit or even washed in water,” he said.

Lund and her colleague, Christian Müller, both researchers at Sweden’s Chalmers University of Technology, created a textile that converts kinetic energy into electricity and actually works best when it’s wet — meaning someone wearing the textile could generate power by going for a walk in the rain. “Wouldn’t it be great to use your jacket or socks as power sources, just by wearing them while carrying out your everyday tasks?” Lund said.

The technology used by Lund’s group for its woven fabric is based on the piezoelectric effect, that is, the generation of electricity when materials are stretched, or compressed. She produced her textile after spinning a polymer with an electrically conducting yarn. “We found that fiber spinning is a great way to do this, since it entails stretching the material many times,” she said.

The piezoelectric material is made up of 24 fibers, each as thin as a strand of hair. When they become wet, the moisture improves the electrical contact between the fibers and becomes even more efficient. Moreover, “the heavier the weight packed in the bag, and the more of the bag that consists of our fabric, the more electric power we obtain,” she said.

“Once the fibers were developed, we started to look for practical applications for them,” she added. “We found that they can function as sensors, for example, if you weave a band from the textile and place it around the chest, the textile will sense the small movements due to the heartbeat, and generate electrical signals in response.”

The only challenge remaining for the Swedish team before practical implementation involves the interface between the soft textiles and the hard conventional electronics, such as watches, laptops and smartphones. They are working on “how to connect these two without breaking the textile, or without the conventional electronics being ruined by water,” Lund said.

For the rechargeable yarn battery, the Chinese scientists twisted carbon nanotube fibers into a yarn, then coated one piece of yarn with zinc to form an anode, and another with magnesium oxide to form a cathode. They then twisted both pieces like a double helix. The battery was stable, rechargeable and waterproof, researchers said. It also could be cut into several pieces, each of which could power a watch.

“Compared with the traditional lithium-ion batteries which suffer from intrinsic safety and cost issues, this yarn battery can work well under various severe conditions including being cut, bent, stretched or even soaked in water, demonstrating greatly enhanced safety performance, good knit-ability, high stretch-ability and excellent waterproof performance,” Zhi said. “After soaking in water for 12 hours, the battery retained 96.5 percent of its initial capacity.”

The Swedish scientists described their work in a recent paper published in the journal Flexible Electronics. The Hong Kong scientists’ study appeared in a recent issue of ACS Nano, a publication of the American Chemical Society.

Both teams of researchers believe their battery inventions easily can be scaled up for widespread use at a reasonable cost. Despite the advanced technology underlying the piezoelectric material, the cost is relatively low, comparable to the price of GORE-TEX®, for example, the waterproof, breathable material used in athletic clothing, Lund said. “The yarn can be woven in industrial looms and is sufficiently wear-resistant to cope with the harsh conditions of mass production,” she said.

The equipment needed to mass produce the yarn battery is widely available and inexpensive, Zhi said. The raw materials are also low-priced, in addition to being safe and environmentally friendly. “It is difficult to estimate the cost to scale up these batteries, but the cost should be lower than conventional lithium-ion batteries because the yarn battery uses very low-cost materials,” he said.