Your state probably isn’t prepared for droughts or floods

And climate change will only make people more vulnerable. 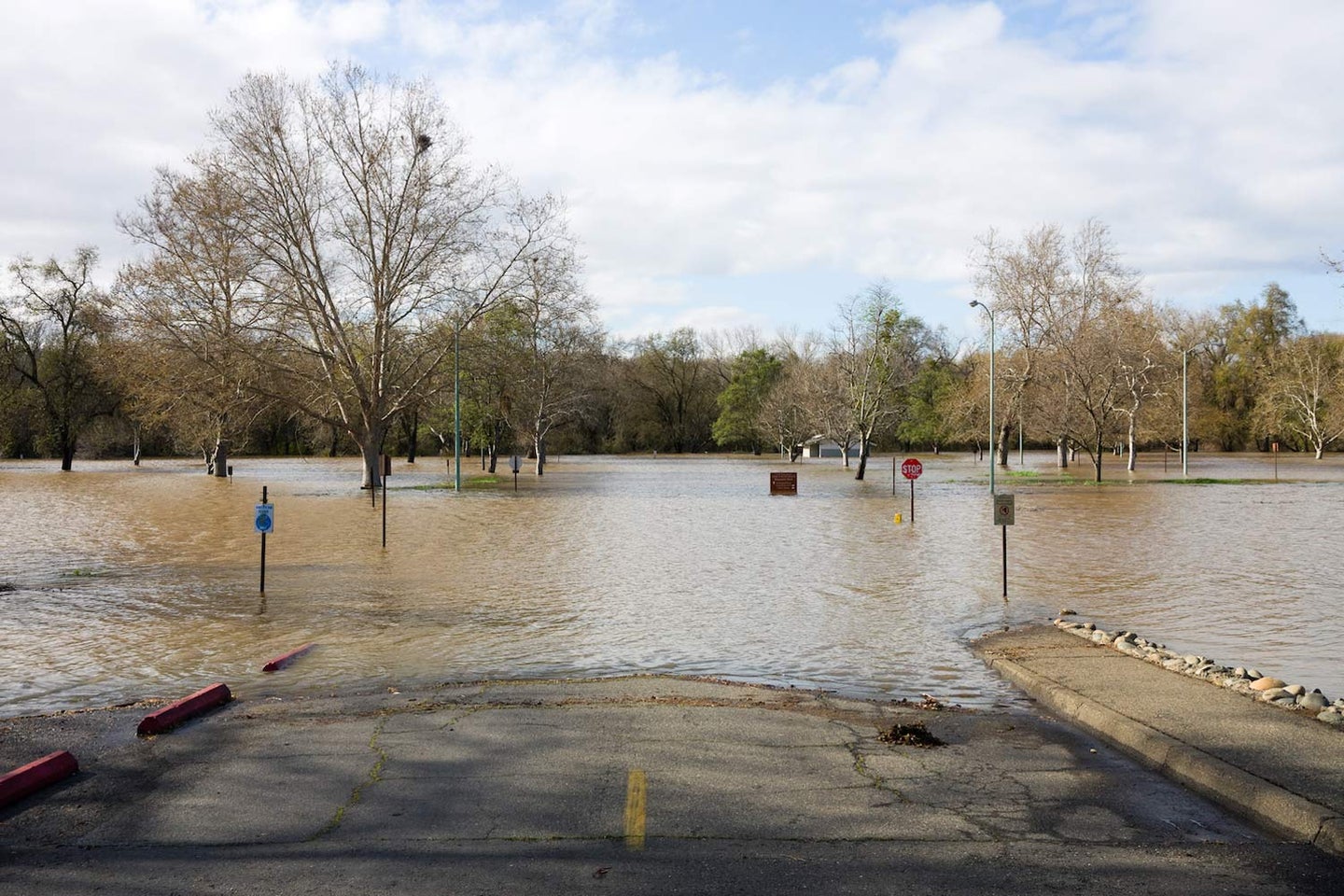 Hurricane Barry brought the first big downpour of the 2019 season to the southeastern U.S. this weekend. The Category 1 hurricane, now downgraded to a tropical storm, may not have been very powerful as far as hurricane winds go, but it still dumped a lot of rain. Ragley, Louisiana, reported 23.43 inches of precipitation, reports AccuWeather, and flooding will continue through Wednesday in the mid-Mississippi and Ohio valleys.

A new review in Science of The Total Environment shows just unprepared we are for such floods and droughts—especially as the climate warms. We’re bad at monitoring water resources, we use outdated flood maps, and our responses tend to be reactive rather than proactive. To protect ourselves from the water shortages and excesses of the future, we need to rethink how we prepare, the study illustrates.

That starts with estimating our water resources. To do this, hydrologists have tended to use historic records—past stream highs and lows, rainfall, and other indicators. The idea was that if you have enough historic data points, you can get a good grasp of the overall range in water supplies and flood risk. But this is perhaps an outdated mindset, one incompatible with the reality of a warming climate and its ripples in hydrologic cycles. “Water resources management decisions made under past climate normals are failing to satisfy the reality of a changing climate,” the study says.

Global warming is making certain weather extremes more extreme. Increased evaporation brings more water into the atmosphere. This can supercharge storms in some regions, bringing unprecedented flooding—as the authors of a 2018 study conclude happened with Hurricane Harvey. But it can also mean longer and drier droughts will desiccate areas like the Southwest. Some places, like California, will get an increase in both wet and dry extremes. “It has been well established for over 15 years that the extremes of the water cycle will increase with climate change: more intense rainfalls (and snowfalls), longer-lasting more intense droughts, and major challenges for water managers,” says Kevin Trenberth, a climate scientist at the National Center for Atmospheric Research and lead author of the Hurricane Harvey study. “This is not uncertainty. This is a given.”

So how are states preparing for this future? For the most part, they’re not.

In the new review, lead author Olga Hart, a hydrologist at Arizona State University, looked at drought, water supply and demand, climate change, and flooding guidances used by every state. She mapped preparedness for each of those factors and how severe climate change risks are anticipated to be for each state.

The resulting maps aren’t reassuring. Out of all the factors, states are most consistent about updating their floodplain mapping—but the data they rely on, generated by the Federal Emergency Management Agency, tends to be outdated and incomplete. One study found FEMA underestimated the number of Americans at risk of serious flooding by about 28 million. “Particularly in rapidly developing and inland (vs. coastal) parts of the country, FEMA struggles to keep up with the compounding effects of climate and land use change,” reports the review.

We’re also bad at preparing for dry spells. According to the review, 94 percent of state-level drought plans are reactive. Instead of ensuring there’s adequate water stored in aquifers to weather a drought, state planning documents tend to focus on what to do when a drought hits—limiting water use, for example.

Meanwhile, 70 percent of states have no plans for managing their water resources under climate change. This tends to be inland states, where climate change threatens to ramp up water scarcity. But the coastal southeast might actually be the region of most concern.The study reports that climate change will bring the most severe water-related impacts there—in the form of powerful hurricanes, floods, and sea level rise—but most of those states lack any climate change guidance. The only exception is Florida, probably because the state faces the greatest impacts from sea level rise.

Officials aren’t necessarily avoiding the planning and infrastructure updates needed. They may not have the resources they need to act. The American Society of Civil Engineers estimates that there’s a $105 billion funding gap for water resources improvements. “Federal funding would help,” says Hart. “Local communities do not necessarily have the resources to address these big issues without outside help.”

Monitoring of baseline conditions could be a good starting point, many scientists argue. In the review, Hart recommends states start using a “water census” to get a better grasp of water demands. Understanding present conditions is critical, says Oliver Wing, flood risk scientist at the University of Bristol. “The uncertainty inherent to our understanding of flood risk in the current climate is large,” says Wing. “Observations of relevant variables (mainly stream flow) have not been made in enough places over a long enough time period for us to accurately define what ‘extreme’ really is.” We desperately need to understand our streams and rivers in the present, says Wing, if we are even to consider how climate change may inflate flood risk.

“The system is certainly more of a challenge to manage [under climate change], and, as reported, there has been a major failure to adapt to the expectations with climate change,” adds Trenberth. “But this is not just ‘uncertainty,’ it is bad management that ignores the science.”

A good example of model water management planning is New York City, says Hart. The city has its own panel on climate change, which actively models and maps coastal areas that could be threatened by flooding as sea levels rise. This information allows officials to plan for how to help residents adapt. Other cities may want to try similar strategies within their means. Storms are coming, whether they’re prepared or not.