Tech to capture and reuse carbon is on the rise. But can it help the world reach its climate goals? 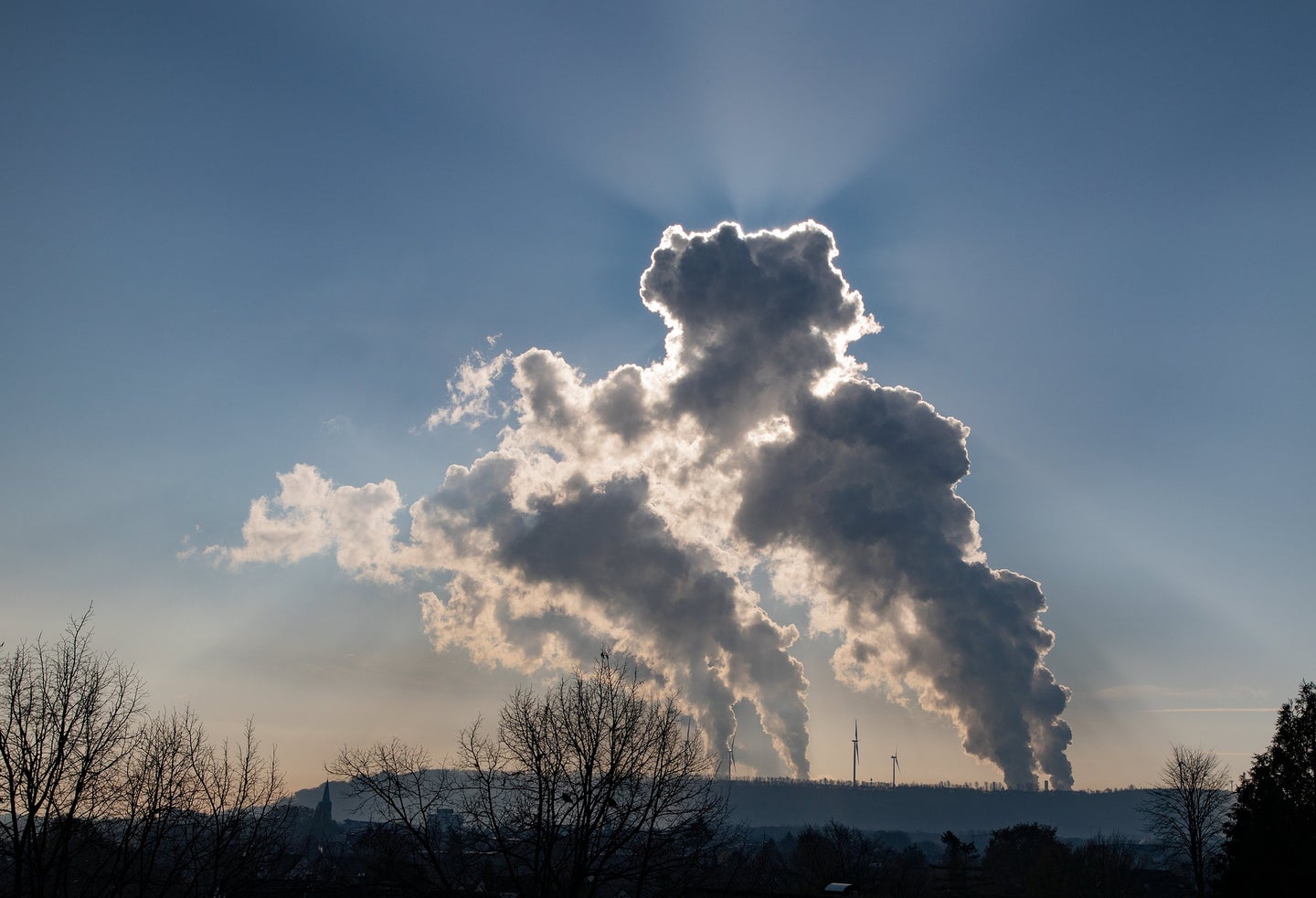 Emissions can be reused for all sorts of purposes—from building concrete blocks to fertilizing crops. Pixabay
SHARE

If the latest IPCC report has told us anything, it’s that it’s time to confront climate change right now. And while reducing the amount of fossil fuels we use is absolutely crucial, there’s no doubt that some of the carbon dioxide in our atmosphere will have to be sucked out one way or another. That’s where carbon capture and sequestration come in.

Carbon capture and sequestration, often dubbed CCS, is the process by which CO2 can be sucked out of sources like power plant smokestacks or, in some cases, even the atmosphere through Direct Air Capture. Then, the carbon is locked away permanently, often underground, through sequestration.

However, there’s another potential route for capturing carbon dioxide: reusing it for another product. And in a world where circular economies based on reusing as much material as possible are necessary, many are exploring a second life for greenhouse gas emissions.

“Carbon capture is definitely one way that we can remove CO2 from the atmosphere,” says Daniel Sanchez, assistant cooperative extension specialist in the department of environmental science, policy, and management at UC Berkeley. “We can do a lot more with it, though. We can reduce emissions and we can recycle emissions.”

But there are still lots of questions as to how carbon dioxide can be reused—and if it’s actually worth it for the climate.

Back in 2017, a group of researchers found that to stay under a 2-degree-Celsius rise above pre-industrial temperatures by 2050, the world would need to avoid emitting around 800 gigatons of carbon for the next three decades. Even with emissions reductions, a chunk of about 120 to 160 gigatons of CO2 will need to be sequestered until 2050, and more so after.

However, there’s not a lot of economic incentive to bury loads and loads of carbon deep beneath the land or sea. Enter carbon capture and utilization (CCU), which turns those castoff gases into sellable products.

There are several ways in which captured carbon could be marketed and repurposed, beginning with direct use, or non-conversion. This is a method in which carbon dioxide isn’t chemically altered. Some common forms of direct use are by piping the gas into greenhouses, concentrating it as fertilizers, and turning it into a solvent for decaffeination or dry cleaning.

But the most common way for carbon dioxide to be reutilized through non-conversion is through enhanced oil recovery. Enhanced oil recovery (EOR) is the process by which carbon dioxide is injected into an existing oil field to, through increased pressure, force out even more petroleum. (The world produces 500,000 barrels of oil every day with this method, according to one 2018 analysis.) Theoretically, if some of the carbon dioxide stays beneath the ground and the rest is recaptured and injected into the process again, the oil could be “carbon-negative.” Of course, burning oil still releases carbon dioxide into the atmosphere, so the balance is dependent on where the gas comes from in the EOR process, and who gets credit for the storage.

[Related: Volcanoes could be our fiery allies in the fight against carbon emissions]

Beyond just using carbon dioxide as is, the emissions can be converted into products like methane, methanol, gasoline, plastic polymers, cement, and concrete. In some cases, the carbon captured in these products can be kept out of the atmosphere for, theoretically, up to centuries.

But no matter how captured carbon is utilized, those emissions will likely make it one day back into the atmosphere—which has led to lots of debate on if, and how, these technologies should be wielded against climate change.

The debate over using CCU against climate change

Last month, a study published in the journal OnEarth broke down the life cycle of emissions and readiness of the technology of dozens of different CCU pathways to determine if any could potentially meet the global goals of halving carbon emissions by 2030 and reaching net-zero by 2050. After considering where the carbon dioxide came from (atmospheric, biogenic or naturally sourced from plants, fossil fuels, or a combination of biogenic and fossil fuels) and what it became (direct use, fuels and chemicals, mineral carbonates and construction materials, or enhanced hydrocarbon recovery), only a handful of methods met the 2030 Paris Agreement conditions. Just one would work with the 2050 benchmark.

What the researchers found is that the technologies that aligned with the 2030 goals are using carbon dioxide from a biogas plant to enrich agricultural greenhouses, biogenic carbon dioxide to make construction materials, flue gas captured directly for, again, make construction materials, and basic oxygen furnace gas to produce urea, which can be used in fertilizer and commercial products. EOR, meanwhile, only reaches Paris goals under the very specific circumstances that CO2 is used directly and that no more than two barrels of oil are produced per ton of injected carbon.

“There are only very few of these CCU routes that are compatible in 2030, or because they’re not ready on time,” says Kleijne de Kleijne, author of the study and PhD student at the Radboud University Nijmegen in the Netherlands. “They’re still in a low level of technological maturity.”

Move over to the Paris Agreement’s vision for 2050, and only one type of CCU makes the cut: construction blocks using a purified stream of biogenic CO2. “Because CO2 is not stored permanently in fuels or chemicals, these products can only be strictly Paris-compatible when the CO2 is of biogenic or atmospheric origin and zero emissions are associated with the capture and conversion processes,” the authors write.

But the Paris goals are incredibly tough to meet, says Sanchez. Considering how hard it will be in general for the world to keep climate change below a 1.5-degrees-Celsius rise, and how far off track we currently are, the bar is extremely high.

“[CCU] can substitute for other fossil intensive alternatives. It can help us reduce emissions, but it does not remove carbon from the atmosphere,” says Sanchez. “It keeps the carbon in the economy.” Without long-term storage, he notes, it’s pretty much impossible to get down to zero emissions.

There are two other major arguments for powering through on CCU. One is that by recycling the carbon dioxide for uses that we’d typically turn to fossil fuels for, we are keeping more fossil fuels buried deep beneath the ground and out of the atmosphere.

Considering how many industries are having a hard time decarbonizing quickly, it seems all the more important to find ways to keep the economy alive without all the environmental degradation of digging up more fossil fuels. One study in the journal Nature last year showed that to have even a 50-50 chance of meeting Paris Agreement goals, 58 percent of oil, 59 percent of fossil gas, and 89 percent of coal around the planet needs to stay in the ground. “Further investment in fossil fuel extraction is not compatible [with mitigating climate change], as shown by this research,” coauthor and University College London energy systems researcher Steve Pye told PopSci in September.

The second reason is that even if we were able to convert the world’s power to nearly net-zero overnight, we’d still likely be depending on carbon capture and sequestration to draw existing carbon out of the atmosphere to keep the climate in check (the current atmospheric CO2 levels are 419.03 parts per million, compared to pre-industrial levels of around 260 to 270 parts per million). In some cases, CCU can be used as a stepping stone to more permanent carbon sequestration technologies.

“There’s a really interesting and kind of more nuanced conversation to be had around [CCU],” Sanchez says. “Maybe the net all of the positive emissions and all the negative emissions need to be less than or equal to zero. But not every single [technology] needs to equal zero.”