We’re on track for a worst-case scenario. 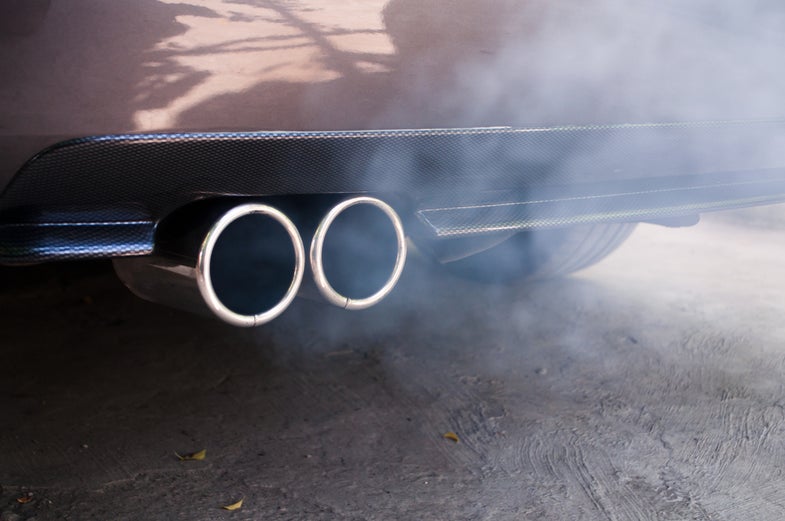 We blew through this year's global climate budget. Numerous factors including heating and cooling houses, cement production, deforestation, and SUVs are at play. Deposit Photos
SHARE

Despite efforts to cut emissions and switch to renewable energy, we’ve failed to level out—let alone decrease—our contributions of carbon dioxide to the atmosphere. That’s the conclusion of a new report, published Wednesday in the journal Environmental Research Letters, which shows that after three years of stability, global carbon emissions are rising again.

“We hoped that emissions had peaked around 2015,” says Rob Jackson, an earth system scientist at Stanford University and lead author of the study. “They clearly haven’t.”

The new assessment is based on something called the “global carbon budget,” in which scientists estimated emissions using energy statistics, cement production data, and the speed at which land use is changing—especially in terms of deforestation. From this total amount of carbon, they subtracted how much of the greenhouse gas is absorbed by plants, soil, and the ocean. The remainder is how much carbon dioxide is winding up in the atmosphere, where it traps heat and accelerates climate change. The details of this carbon budget were simultaneously published in the journal Earth System Science Data.

From 2014 to 2016, annual global carbon emissions remained stable. But emissions grew by 1.6 percent in 2017. By the end of 2018, they’re set to grow 2.7 percent more, totaling 37 billion metric tons in annual emissions. According to the new research, that’s due primarily to an uptick in fossil fuel burning.

The study found China and India had some of the biggest bumps in emissions between 2017 and 2018. In China, a projected increase of 4.7 percent this year is largely due to growth in iron, steel, aluminum and cement production. India’s increase comes from rapid energy growth, which includes expanded coal burning. However, Jackson says the country is also growing its nuclear and renewable energy production as it tries to address its “energy poverty”—millions still live without access to electricity.

The United States certainly contributed to the global boost in emissions, with a projected 2.5 percent increase in 2018. Tailpipes are a major source of this increase in carbon. In recent years, oil and gas prices have dipped, so Americans are buying more and larger vehicles, and driving farther in their new trucks and SUVs. Add in a cold winter in the Eastern U.S. and heat waves throughout the summer, and more energy is going to heating and cooling. All told, this caused a bump in greenhouse gases in the atmosphere.

This finding comes on the heels of the Fourth National Climate Assessment, released on Black Friday, which concluded that “the evidence of human-caused climate change is overwhelming and continues to strengthen, that the impacts of climate change are intensifying across the country, and that climate-related threats to Americans’ physical, social, and economic well-being are rising.” The report found that continued emissions would not only cause ecological damage, but impact human lives and the economy.

“We’d like to see these emissions level out and eventually decrease, but this just shows it is going to take a while,” atmospheric scientist and governmental report author Donald Wuebbles says of the new study. Wuebbles added that the emission estimates in the carbon budget are consistent with the “higher” emissions scenario that federal officials used in preparing the recent national assessment.

The global increases in emissions paint a pessimistic picture about the ability of countries to meet international goals set by the 2015 Paris Accord, which aimed to keep warming below 2ºC above pre industrial levels. Humans have already caused 1ºC of warming since the Industrial Revolution, according the Intergovernmental Panel on Climate Change. The IPCC also emphasizes that keeping emissions below a 1.5ºC increase is crucial to avoiding major human and environmental impacts. If emissions continue at current rates, we’re likely to hit 1.5ºC by as early as 2030. That doesn’t leave us much time to fix our current rates of fossil fuel burning.

“There are some good parts of the story,” Jackson says. According to his study, at least 19 countries have cut emissions while growing their economies in the last decade. And, he adds, “we’re seeing record growth in renewables such as wind and solar.”

U.S. emissions may have risen, but coal use has gone down by about 40 percent in the last 15 years, which has meaningful impacts not only for carbon emissions but for human lives. Coal is particularly dirty, contributing to the air pollution-related deaths of thousands of Americans each year.

Until this year, annual greenhouse gas emissions in the U.S. had been trending down for decade, Jackson says. “One thing we shouldn’t do that’s been proposed is roll back the fuel efficiency standards—that’s a terrible idea,” he says, adding that these standards have not only cut emissions but had positive economic effects. Namely, they reduced imports of foreign oil and lowered the country’s trade deficit. “I don’t understand why the administration would want to do away with all those benefits.”

“We need to start transitioning with how we deal with energy and transportation to reduce those emissions and at the same time think about how we adapt to the changes that we cannot avoid,” says Wuebbles. “It’s a clear warning to us that we need to be putting more emphasis on this, rather than denying that it even exists.”