Indoor carbon dioxide can make us dumber, and that will get worse with climate change

It’s time to think of the gas itself as a pollutant. 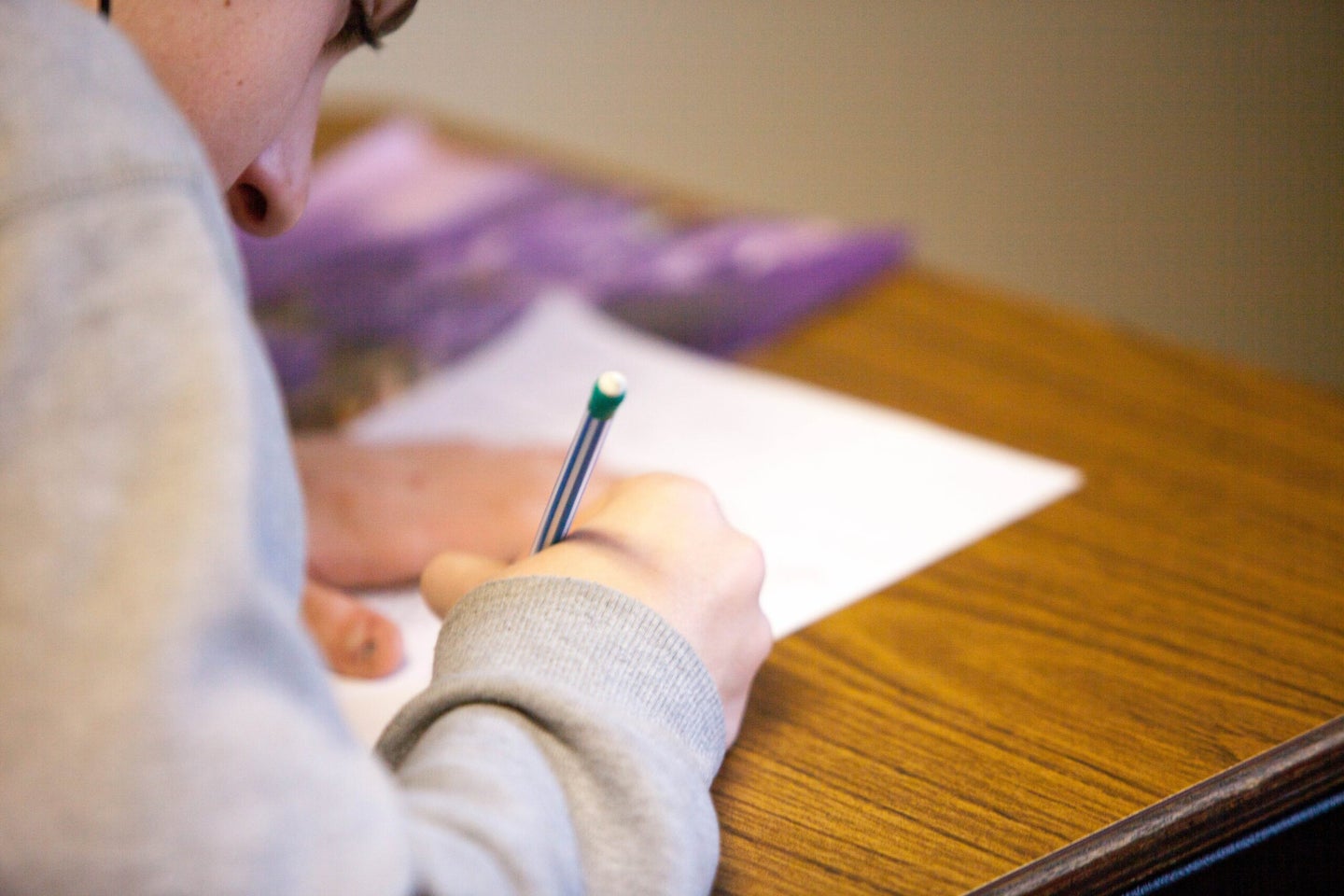 It will become harder to concentrate the more we fill our atmosphere with carbon dioxide. Ben Mullins/Unsplash
SHARE

The unwavering rise of carbon in the atmosphere is impacting our health in many ways. Heat-related illnesses are more common, the ranges of some infectious diseases have expanded, and dangerous extreme storms are increasingly putting us in harm’s way. Warming temperatures even boost the formation of smog, bringing on more air pollution. These examples, however, are all indirect impacts of carbon dioxide, related to how it warms the atmosphere, which then ripples down to on-the-ground effects.

But a new study presented at the 2019 American Geophysical Union conference demonstrates that perhaps carbon dioxide itself should be thought of as a pollutant, capable of slowly dulling our ability to think. The findings are included in a preprint online at EarthArXiv.

In recent years, several studies have found a link between high carbon dioxide levels indoors and cognitive decline. When we’re indoors, the carbon dioxide we breathe out becomes concentrated, particularly if there’s a lot of people breathing and ventilation is slow. Studies have found that poorly-vented classrooms are linked to poorer memory, concentration, even a dip in standardized test scores. In 2016, a Harvard study garnered a lot of media attention after researchers found that elevated carbon dioxide levels not uncommon indoors—950 parts per million—led to declines in a number of cognitive measures, from basic decision making to higher-level strategizing. With concentrations at 1,400 (which can occur in poorly-ventilated rooms), those abilities dipped even more—particularly for more complex tasks.

That study didn’t mention climate change, but this new research picks up where the prior left off. “As a climate scientist, I took one look at that [Harvard study] and thought ‘that’s the range of carbon dioxide that we’re actually concerned about in terms of climate change,” says Kris Karnauskas, a climate scientist at the University of Colorado, Boulder and lead author of the study. “So, without even knowing, these folks actually did a climate change impact study.”

Right now, we have about 410 parts per million carbon dioxide in the atmosphere—a level we’ve already never experienced in human history. If we don’t slow our fossil fuel emissions, that could more than double by the end of the century to 930 ppm, based on the emission projections used by the International Panel on Climate Change.

To understand what this could mean for indoor air and its effects on our brains, Karnauskas and his team used an equation that projected what indoor carbon dioxide would be for a given concentration of the gas outside. For a given outdoor concentration, this model incorporates rates at which people generate carbon dioxide through breathing and rates of ventilation, and then estimates how much indoor carbon dioxide there will be. For this study, the researchers used values that estimated the respiration of elementary school students and how much air a typical classroom vents.

By this estimate, current levels of carbon dioxide already result in an indoor value of 809 ppm. If we don’t slow our emissions and we get to 930 ppm outside, we’ll get over 1,250 ppm indoors.

Using the results of the Harvard study, Karnauskas estimated how that rise in carbon dioxide would match up to declines in cognitive scores. While under a reduced emissions scenario indoor carbon dioxide barely impacts our full intellectual potential, things look much worse for a high-emissions case (one that we appear on track for). By 2100, students indoors would see their ability to perform tests of basic cognitive performance decline 25 percent, and about 50 percent for complex strategy performance. In other words, you’d be about half as good at solving a complex puzzle indoors in 2100 compared to today.

In the Harvard study, peoples’ ability to perform complex cognitive tasks tanked to near zero around 1,500 ppm. “So these people were almost unable to perform at all on these complex tasks,” says Karnauskas, “which is scary because that’s kind of where we’re headed.”

“It is a very interesting paper, and a cycle we have thought about as well,” says Piers MacNaughton, coauthor of the Harvard study. He added that while he agrees with the Karnauskas’s takeaway that reducing fossil fuel emissions is the best solution, ventilation technology also has a lot of room for improvement. Smarter systems that adjust ventilation based on carbon dioxide levels could not only help bring in needed fresh air, but also save energy when fewer people are in a room, says MacNaughton.

The mechanisms behind this cognitive decline are still not well understood, but researchers have tied the effect to carbon dioxide making it harder for the brain to absorb oxygen. Concentrated carbon dioxide might also lower the pH of blood, resulting in a number of symptoms including confusion.

The good news is, the study also shows that this decline can be almost entirely averted if we stop carbon concentrations at 540ppm, which corresponds to keeping warming below 2ºC. Otherwise, we might run into another challenge in addressing the climate crisis: our own ability to problem-solve. “By the end of the century, people who are trying to solve this problem of climate change, which is a complex problem, are going to half as good at doing that.” says Karnauskas. “This is a hidden impact of climate change that could actually impact our ability to solve the problem itself.”