This powder could cheaply capture carbon pollution from power plants

Engineers have developed a way for even developing nations to prevent the worst effects of global warming. 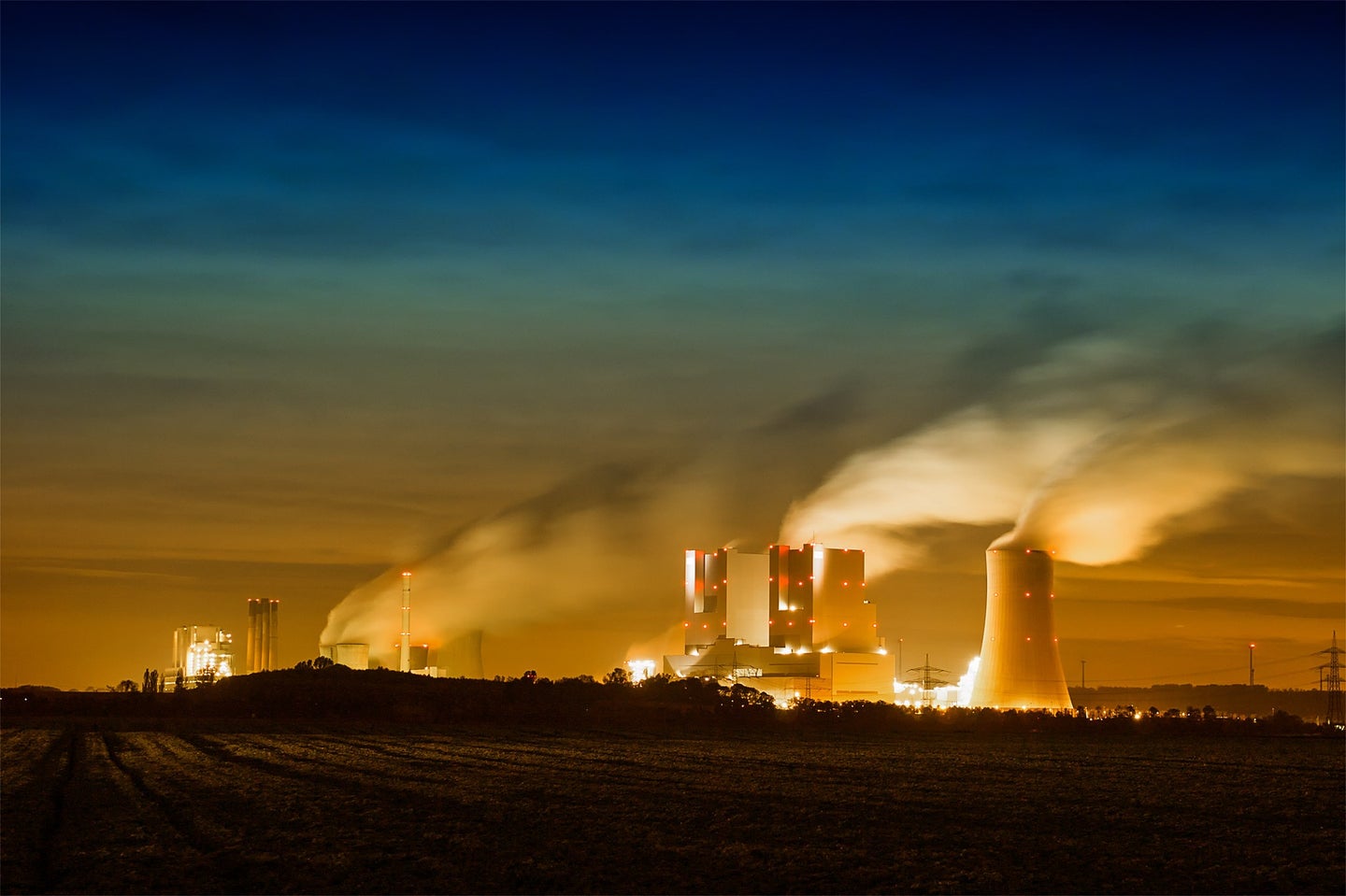 A recent UN report found that to prevent catastrophic climate change, humans won’t just need to drastically cut emissions in just a few short years. They’ll also need to generate power from wind and solar, plus they will need to upgrade remaining gas- and coal-fired power plants with carbon capture technology   (a means of trapping carbon pollution from power plants and storing it underground). But carbon capture has its drawbacks. The equipment is costly and the process requires a lot of energy. Chemical engineer Zhongwei Chen has developed an alternative, one that could make it more affordable for coal- and gas-fired power plants to clean up their mess. Chen, a professor at the University of Waterloo, created a powder that can soak up carbon dioxide before it is expelled into the air, which he says is vastly more efficient than conventional carbon capture methods. He says it can be used at power plants, factories, and other facilities that burn coal. “This technology is designed to be a real solution to a real problem the world is facing right now,” Chen says. “If this technology can help us do better while we find and adopt new, reliable energy sources, that’s positive.” His study describing the technique appears in the journal Carbon.

The powder itself is made of carbon spheres that have many, many pores onto which carbon dioxide molecules can stick, a process known as “adsorption,” making carbon an excellent material for CO2 capture. The researchers, who collaborated with colleagues at several universities in China, enhanced adsorption by manipulating the size and concentration of pores in the carbon powder—the vast majority of them are less than one-millionth of a meter in diameter.

Like with other carbon capture methods, the CO2-saturated powder still would need to be buried underground to ensure the carbon dioxide is not released into the atmosphere. But the powder represents a significant breakthrough. While there have been earlier experiments to try to develop “pore-forming” carbon dioxide agents, Chen calls his team’s powder “the first viable attempt.” With previous efforts, he says the mixtures were corrosive and not absorbent enough.

“Our powder is efficient because it has pores that are two to three times larger than a carbon dioxide molecule,” Chen says. “By ensuring we have the right number of pores in the right concentration, the powder is able to effectively scoop up the carbon from emissions as it passes through.” It can also be used without any additional equipment. And the raw materials — sugar, molasses, rice husk, straws, or agar — are renewable, abundant, and cheap, especially when compared to existing technologies.

“One of the most important aspects of this discovery is that it’s not expensive,” says Chen, who holds a Tier 1 Canada research chair in advanced materials for clean energy, an appointment that recognizes academics who are outstanding in their field. “It can be employed by developed and developing nations alike. Since cost is not a barrier to taking action, we have the ability to see significant change in a very short time. There are not a lot of other solutions out there we can say that about.”