The truth about carbon capture technology

Buzz-worthy concepts for carbon removal have been met with both praise and controversy. 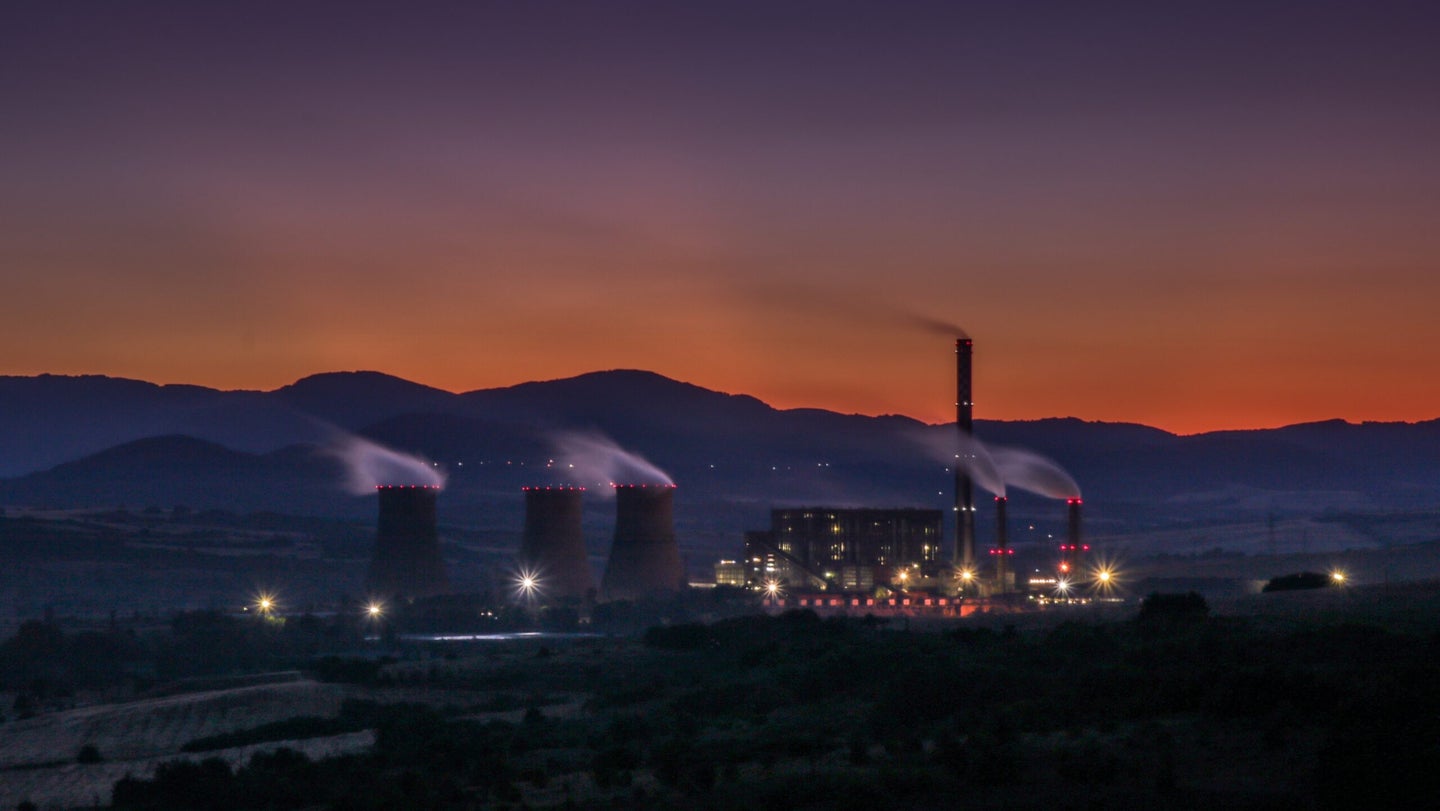 Carbon negative technologies may be one of the solutions for sifting carbon dioxide out of the air. Viktor Kiryanov / Unsplash
SHARE

Climate change is on everyone’s minds this week, as world leaders convene at the 2021 United Nations COP26 Climate Change Conference in Glasgow.

There’s a lot of industry talk about whether applying counter carbon technologies and techniques like carbon storage, carbon capture, carbon conversion, and carbon sequestration could make a sizable impact in removing carbon dioxide, the most abundant greenhouse gas emitted today.

Here’s a debrief on what these terms mean, the current state of technology, and what they would look like in practice.

[Related: A quick guide to the climate jargon you’ll hear at COP26]

Carbon capture most commonly refers to the process of removing carbon dioxide from various sources like the smokestacks of power plants running on fossil fuels like coal, oil, or gas, as well as from manufacturing and production facilities.

However, the flue gas coming out of a smokestack from the chimney of a power plant or industrial facility carries a much heftier amount of carbon, at around 10 to 15 percent carbon dioxide. Meanwhile, the concentration of carbon dioxide in the general atmosphere is around 400 to 450 ppm (parts per million), or about 0.04 percent.

“In the atmosphere, we have carbon dioxide that we’re worried about that’s significant from the point of view of affecting the radiative forcing and climate warming. But it’s very dilute from the point of view of capture,” says Harry Atwater, professor of applied physics and materials science at California Institute of Technology. “So people have to develop ingenious methods for capturing and then concentrating the carbon dioxide as a pure stream.”

The Swiss company Climeworks, for example, is one of the leading companies in the carbon capture space. Across Europe, there are more than a dozen direct air capture facilities that use fan-like machines to filter out carbon dioxide from the air and then heat up the captured molecules to pump them underground.

Another company, like Carbon Engineering, mist a basic chemical like potassium hydroxide to bind and draw down the carbon dioxide (which is acidic) from the air.

“There are multiple technologies for doing direct air capture that are being pursued. There’s also capture of carbon dioxide from the oceans,” says Atwater, like the ARPA-E project he’s working on which received funding from the Department of Energy.

Several National Academies reports indicate that technologies that actively remove carbon dioxide from the atmosphere need to be seriously considered as one of the many climate change combating solutions.

[Related: Carbon capture could keep global warming in check—here’s how it works]

“There has been a lot of work on how to separate that carbon dioxide from other gases,” Peter Kelemen, a professor of earth and environmental sciences at Columbia University, says. “Once you have it, of course, you have to store it someplace.”

From Kelemen’s perspective, storage and sequestration are “pretty much synonymous,” except sequestration is used when the storage of the carbon dioxide is “essentially permanent” through methods like geological storage. The Norwegian Sleipner Project in the North Sea, for example, stores dense carbon dioxide fluid under pressure in a pore space under the seabed, Kelemen says.

Carbon sequestration underground has one major flaw, however—the major market for the technology is in enhanced recovery of fossil fuel, Atwater notes, where companies want to pump pressurized carbon dioxide into existing oil and gas reservoirs to get more product out.

For example, someone from the enhanced fracking industry can advocate that they are net carbon negative because they’re technically taking carbon dioxide from the air and injecting it underground. “But of course, what they’re doing is also enhancing the recovery of methane, which is a greenhouse gas, and then carbon dioxide,” he says. So an important question to always ask is whether the whole process a company is employing is net carbon-negative, positive, or neutral.

Iceland is using a combination technology from Climeworks and CarbFix to not only capture the carbon dioxide and pump it underground, but also permanently store it in the form of solids. These carbon-bearing minerals, which are mostly “carbonates” like calcite and magnesite, can store the carbon dioxide for thousands of years.

[Related: Volcanoes could be our fiery allies in the fight against carbon emissions]

“If there are favorable strata that allow the conversion of the sequestered carbon dioxide to a solid form, then that renders it much more geologically stable, and we can say that it was safely sequestered without much fear or concern that it’s going to be emitted right back out again,” says Atwater. “CarbFix managed to understand the reaction between the injected carbon dioxide in the mineral strata to create stable carbonates.”

Simply putting extra carbon underground makes less sense than sequestering carbon dioxide into a marketable product that has economic value, says Atwater. Luckily, multiple companies and scientists have turned down this path. Many researchers have considered embedding solid forms of carbon in building materials like steels and cement, an already emissions-heavy industry, says Atwater. “What if we could actually take the carbon dioxide emitted through all the past synthesis of construction materials and then turn it back into materials that we could use like carbon fiber composites and other forms of more benignly stored carbon,” he adds. “That would be an indefinite form of storage.”

[Related: If we’re going to capture our carbon emissions, we might as well put them to use]

Atwater and Caltech are part of the Department of Energy-sponsored Liquid Sunlight Alliance whose goal is to figure out how to use solar energy to drive that fuel-forming reaction backwards. A big bonus of this method would be the ability to reuse fuel for those tricky-to-decarbonize industries like flight, shipping, and steel production.

“It could be jet fuel you could recycle [and then] reuse in an airplane. It would be zero-carbon in the sense that you would balance the conversion of carbon dioxide into fuel with the combustion of fuel into carbon dioxide,” says Atwater. “That would be a way of producing renewable jet fuel, and that’s something that a lot of airlines are interested in.”

This idea is already well underway. A company based in the Bay Area called Twelve (named after the atomic mass of carbon in the periodic table) is working on converting carbon dioxide back to fuels. A German company called Atmosfair is also making synthetic carbon dioxide-neutral jet fuel by combining hydrogen generated by wind turbines with captured carbon dioxide (its first customer is Lufthansa).

The cost of carbon

Over the next few years, experts have to weigh the pros and cons of some of the options we have for cleaning carbon dioxide out of the atmosphere.

Even traditional methods like planting forests and creating natural biomass to store carbon can be challenging to implement and sustain. “Reforestation in the developing world is politically and ethically problematic because the folks who cut down the trees did so for a reason, and may own the land,” Kelemen says. “Afforestation and biofuel production are problematic because they compete with food production for arable land.”

To keep a big forest-based carbon sink going, plants will have to be continuously harvested and protected from decay.

Meanwhile, a huge issue for carbon capture and sequestration technology is the price tag. “If you’re simply going to sequester carbon, it requires citizens and leaders of advanced industrial societies to agree to basically tax themselves to underwrite the cost of storing that carbon,” says Atwater. “There’s no worldwide agreed-upon price of carbon per tonne at the moment, which is one of the problems.”

While carbon credit markets are emerging across the corporate sector, right now, there’s a gap between demand and capacity for storage methodologies. “We simply don’t have enough technologies to meet the demand. We’re in a weird moment,” says Atwater. “There’s literally gigatonnes of demand for carbon credits, and there’s only kilotonnes of capacity.”

Most anti-carbon tech are in their infancy. There’s also no large-scale infrastructure supporting their growth and expansion. “Carbon negative technologies, unless you’re going to just pump that carbon dioxide underground that you’ve captured, they’re going to have to create new products like fuels, specialty chemicals and materials,” says Atwater. “The big markets are for things like fuel, cement, and steels. Those are the things that we make at the gigatonne scale.”

These techniques are sometimes shrouded with controversy—namely because many argue that capture and storage lets fossil fuel companies off the hook for their giant carbon footprints. Atwater says “to reach our condition of sustainable level of carbon in the atmosphere below our current levels and back towards pre-industrial levels, we’re going to need to decarbonize and electrify everything that we can.” But for industries that are “almost impossible to decarbonize,” storage opens up an opportunity to put those emissions to good use.