Weathering is key to locking up some of the atmosphere's natural carbon dioxide. 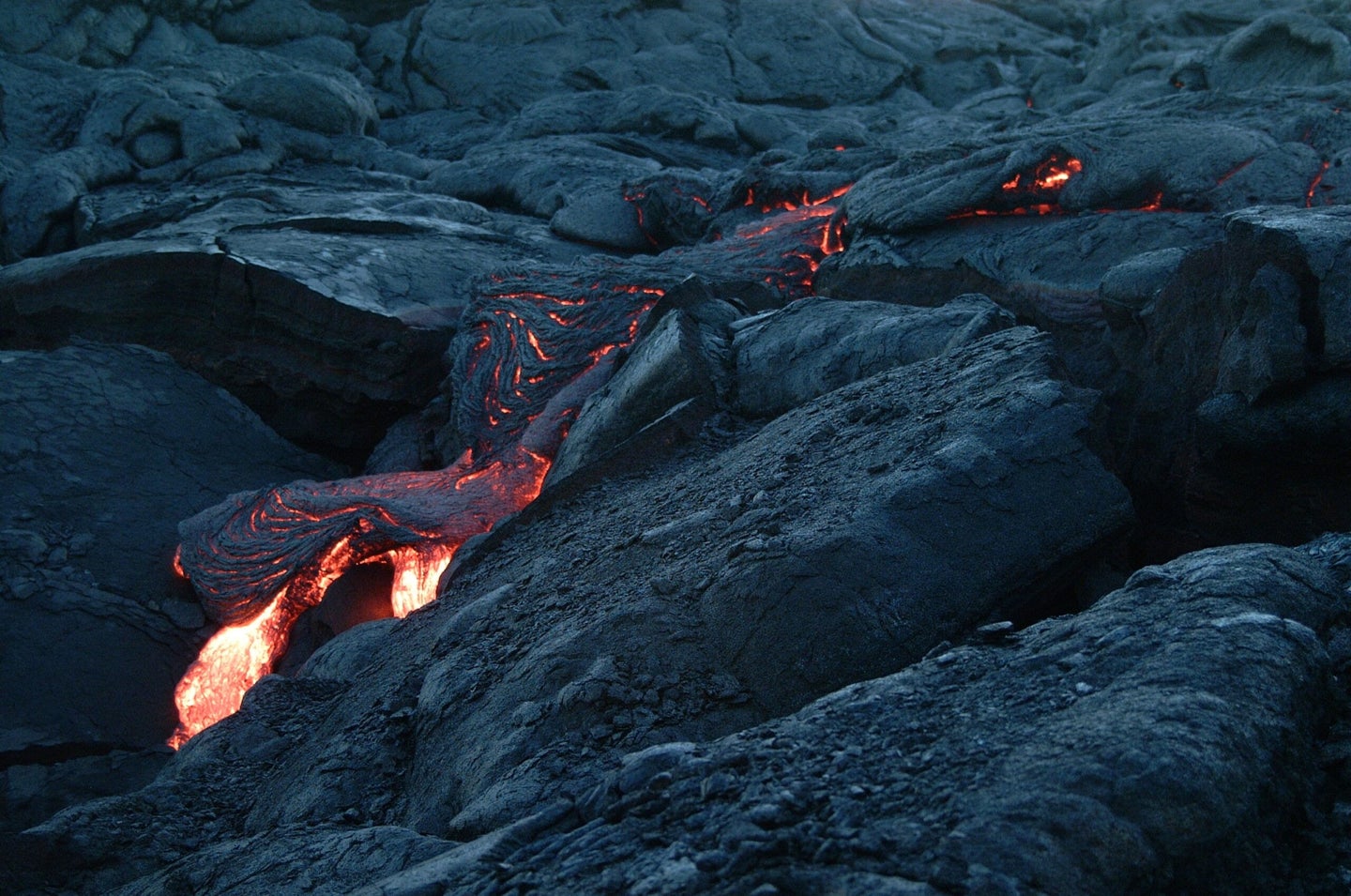 Volcanoes emit a lot of carbon while erupting—but are able to balance themselves out. Brent Keane from Pexels
SHARE

Along with the belt of volcanoes that dot the ocean floor across the globe, there are about 1,500 potentially active volcanoes around the world—many of which are in the Pacific “ring of fire”, a ring of active volcanoes and earthquakes along the Pacific Ocean. Their presence has sparked legends and origin stories, such as the true story of the volcanic eruption of Nabukelevu.

It turns out that volcanoes provide important climate mechanisms as well. Researchers at the University of Southampton found that volcanoes are responsible for both emitting and removing atmospheric carbon dioxide (CO2), which has helped stabilize the Earth’s surface temperature over millions of years. The findings were recently published in Nature Geoscience.

The scientists worked alongside colleagues at the University of Ottawa, University of Leeds, the Australian National University (ANU), and the University of Sydney. They investigated the combined impact of processes in the solid Earth, oceans, and atmosphere over the past 400 million years— aka how different processes including how the ocean helps capture some of the atmosphere’s CO2 is connected to other naturally occurring processes.

“It’s a balancing act. On one hand, these volcanoes pumped out large amounts of CO2 that increased atmospheric CO2 levels. On the other hand, these same volcanoes helped remove that carbon via rapid weathering reactions,” says coauthor Martin Palmer, a professor of geochemistry at the University of Southampton via a press release.

The researchers worked together to create an “Earth network” using machine-learning algorithms and plate tectonic reconstructions. This network helped them interpret how different interactions in the Earth’s systems, including systems of volcanoes, have changed over time and have affected the CO2 in the planet’s atmosphere.

One process they extensively researched is chemical weathering releases calcium, magnesium, potassium, or sodium ions. These elements form minerals that lock up CO2 from the atmosphere, regulating global climate over geological time. Volcanic rock is fragmented and chemically reactive and can rapidly weather down and end up in the oceans to help trap CO2.

These new findings cast some doubt over the long-held idea that the ocean is the largest driving factor for weathering and natural carbon capture. Lead author Tom Gernon, an associate professor of earth science at the University of Southampton, calls volcanoes a “geological thermostat” that helps regulate the earth’s CO2 levels. When asked if volcanoes can be used to mitigate the current climate crisis, Gernon points out that CO2 emissions are at record high levels.

“Conventionally, it’s assumed that global weathering is driven by a kind of an interplay between … the continental interiors and the oceans—the seafloor. That’s often assumed to be the main drivers [of weathering] … we show that actually, that may not be true,” says Gernon.

This means volcanoes could be important in the weathering process as well. But are volcanoes the answer to our record-high carbon emissions and rapidly changing climate? It’s trickier than it seems, Gernon says.

[Related: Why can’t we burn our trash in volcanoes?]

“The volcanoes certainly aren’t a solution, in themselves,” Gernon says. “If we can kind of engineer that system, and try to maybe deploy certain compositions of rocks as an enhanced weathering tool to draw down CO2 [that] may play some role … [but volcanic rock] is not a silver bullet solution to the climate crisis. It has to be just one part of many solutions needed for different mitigation measures that the IPCC has advised.”

He hopes that the machine learning tool and the data collected can lead to potential solutions that involve volcanic rocks in the future. Using broken-down rocks can in fact pull some CO2 from the atmosphere, according to a 2020 study showed that spreading dust rock on farmland can “remove about half of the amount of that greenhouse gas currently produced by Europe,” according to the Washington Post. This works because the carbonate materials in the rock dust will dissolve when it comes in contact with water.  CO2 is drawn in to form bicarbonate ions that then become carbon-storing carbonate minerals after they’re washed away into the ocean.

“I have colleagues who are working on enhanced weathering mineral carbonation—using grinding up minerals doing experiments on what compositions and grain size distributions work best [for weathering],” he says. “Those experiments need to be done to demonstrate the applicability or the effectiveness of this approach.”