Everything you need to know about CCS technology. 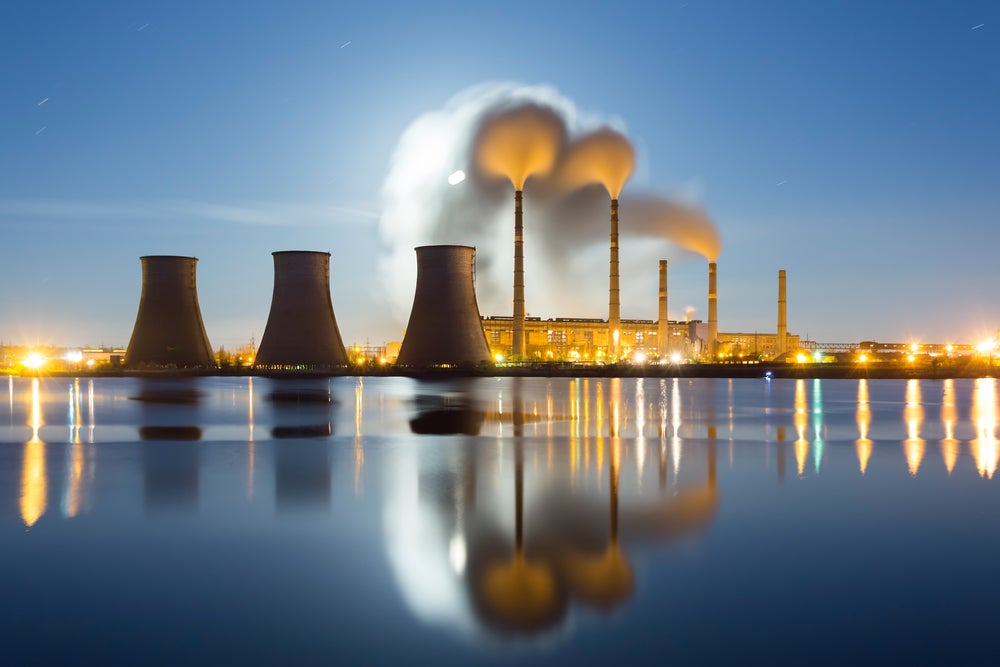 With only 11 or so years to dramatically cut our emissions and avert the worst impacts of climate change, officials are proposing big goals. California, Hawaii, and New Mexico all aim to switch to carbon-free energy by 2045. Nevada wants to follow in 2050. At the federal level, talk of a Green New Deal to switch American energy entirely to renewable sources in just 10 years continues in Congress.

A lot of the actions proposed in these plans are familiar: scaling up wind and solar power, building more public transit, and restoring natural landscapes to store carbon in trees, plants, and soil. But then there’s talk about “carbon capture and storage,” or CCS, an amorphous, futuristic-sounding technology. Some climate experts think it’s basically impossible to meet goals like keeping warming below 1.5ºC without this tool. But what exactly is it?

The basic idea is simple. Instead of allowing power or cement plants or other heavy industries to spew CO2-heavy emissions into the atmosphere, CCS would instead extract that carbon before its emitted and stow it away in the earth. But putting these technologies to work is a little more complicated.

Pre-combustion carbon capture separates out the carbon from from fossil fuels before they’re burned, allowing for cleaner energy generation. With natural gas, a chemical reaction separates the carbon from the methane molecule, creating clean-burning hydrogen gas. With coal, you first have to turn it into a gas, called syngas, and then you can filter out the carbon.

Plants with post-combustion CCS burn fossil fuels as they normally would, but then add an extra step that extracts the CO2 before it wafts away into the atmosphere. There are different ways to execute that extra step. The most common is to run the exhaust gas through aqueous amines—liquid chemicals that bind to the carbon. Later, plant operators can heat these amines to release the CO2, which they then pressurize and pipe away.

The advantage with post-combustion is that it’s adaptable, says Niall Mac Dowell, of the Clean Fossil and Bioenergy Research Group at Imperial College in London. “We can take all of the installations we have around the world, and add CCS onto them as they stand.” But post-combustion can be costly, because the carbon in the exhaust gas is dilute so it’s hard to filter it out from the other combustion byproducts. Oxicombustion tries to solve that problem. The process separates nitrogen from air before combustion, so it’s just fuel and oxygen burning. This concentrates the resulting CO2, making it easier to extract.

There are also many emerging carbon capture technologies to consider. One of the most exciting, according to Sally Benson, co-director of the Precourt Institute for Energy at Stanford University, is called the Allam cycle. It basically recycles the CO2 from combustion into a high-pressure fluid that can run a turbine, turning a waste product into power. It’s currently in use at a small demonstration power plant in Texas, which is expected to soon be able to power 5,000 homes on a hot summer day. The company operating the plant, NetPower, estimates that future commercial-scale plants could sell power for $20 per megawatt hour, taking into account tax credits currently available; now, Americans pay an average of $130 per megawatt hour. “You’re recirculating a lot of carbon dioxide and then you just take off a small amount of the carbon dioxide for storage,” says Benson. “And that results in very high efficiency and it’s a completely zero emission power plant.”

The last step is stowing the greenhouse gas away. One way or another, the carbon needs to be pressurized and piped away for storage. One promising storage option is deep underground saline reservoirs, areas of porous rock saturated with salty water. These sites can keep CO2 trapped in the pores of the rocks. By putting the carbon from the extracted coal, oil, natural gas back into the ground, it’s kind of like fossil fuel mining in reverse.

But actually extracting carbon that’s already been released into the atmosphere is another story. It’s theoretically possible, but that process—direct carbon capture—isn’t up and running in the real world. One study from 2018 found that a proposed direct air capture system could remove CO2 from the air and recycle it into a fuel for between $94 and $232 a ton, but that’s probably more expensive than just avoiding emitting that ton of carbon using renewables. CO2 in the atmosphere is relatively diffuse compared to oxygen and nitrogen, so pulling it straight from the air is energy intensive.

What we use now

Right now, there are 18 carbon capture and storage projects around the world, and together they’re storing 31.5 million tons of carbon dioxide a year, says Benson. But that’s not much compared to the 37.1 billion metric tons we emitted last year.

Industrial plants in the United States capture 65 million tons of CO2 every year. But 60 of those tons go on to be used for “enhanced oil recovery,” which kind of defeats the purpose. Carbon dioxide is a great solvent, allowing companies to effectively scrape the last bits of oil and gas from underground pools. So, while it’s at least getting recycled, most of the CO2 is being used to continue mining fossil fuels.

That doesn’t mean we can’t change direction and vastly scale up the amount that’s being permanently stored underground. “The core technology elements [of carbon capture] are super mature, they’ve been used for a long time,” says Mac Dowell. “The issue is that, as things stand, there’s no real requirement or encouragement to sequester that CO2.”

CCS equipment is expensive to install and maintain, so there’s little incentive now for fossil fuel companies to use it. It’s way cheaper to just keep on with business as usual. Politicians could give the fossil fuel industry a nudge in the form of taxes, incentives, or regulations. There either needs to a cost on polluting or way to make money capturing carbon for companies to have any reason to do CCS. In fact, the revision of the federal budget last year includes tax credits for storing carbon, in a measure referred to as 45Q. Companies piping their CO2 into a saline aquifer can get up to $50 per ton of carbon they store, says Benson. “We’re expecting that we will see a lot more of these projects now that this tax incentive is in place.”

The slow adoption of carbon capture may seem like a bad sign. A lot of the technologies have been around for decades, but they’re barely in use, which some experts see as a signal that they’re not a cost-effective way to cut emissions. Environmentalists, meanwhile, argue that carbon capture is basically putting a bandaid over the hemorrhaging environmental damage of fossil fuel extraction—why not instead move toward an energy system that avoids fossil fuels altogether, since there’s evidence renewables can scale up and provide the bulk of our energy at an affordable cost?

“The biggest opportunity [for CCS] will be to help deal with hard to eliminate emissions,” says Benson. Cement, fertilizer, and other industries rely heavily on fossil fuel power, and there isn’t any easy way currently to electrify those processes. Same for heavy-duty trucking, because recharging batteries for big rigs would take a lot of time. Instead, says Benson, we could fuel the trucks with hydrogen separated out from natural gas.

Some experts think it’s nearly impossible to quickly decarbonize our economy without carbon capture, pointing to the integrated assessment models used by the IPCC to evaluate scenarios with different mixes of energy sources and see how likely we are to reach an emissions target. According to these analyses, “the evidence suggests that removing CCS as an option is uniquely costly,” says Mac Dowell. “Chances are, we can’t meet the [emissions] targets if we don’t have CCS technology.”

But others argue that these models unfairly punish renewables, deeming them more expensive and harder to implement than they actually are. As one recent Nature Energy study puts it, “assessment models may have their own biases that prevent them from valid consideration of energy portfolio mixes that diverge radically from the current one, implicitly endorsing CCS simply as an extension of the current system with added costs.”

The same study compared the energy needed to run carbon capture energy plants versus renewables. It found that—across the lifetime of a plant—you get a greater return on energy invested in renewables compared to carbon capture plants. For the same amount of energy you put in, you get more back from wind and solar than from fossil fuel power plants with CCS. “Given its net energy disadvantages, we consider CCS development for electricity as a niche and supplementary contributor to the energy system rather than as critical technology option,” the study concludes.

Still, both the IPCC models and the Nature Energy study are broad, large-scale assessments. The ideal energy mix a given place needs to quickly cut carbon emissions could vary based on many factors, including the availability of sun and wind for renewables. Because of this, a good path forward might be an inclusive, broad “clean energy standard,” says Benson. Right now, she says, a lot of policies emphasize “renewables” in their wording, but pivoting to “clean energy” might add some crucial flexibility. “Then, where renewables are the best choice, you do renewables, but where CCS would make sense you could do that,” says Benson. “[Different areas] would all be competing for what’s the lowest cost, fastest way to decarbonize.”