Much faster than anyone thought possible 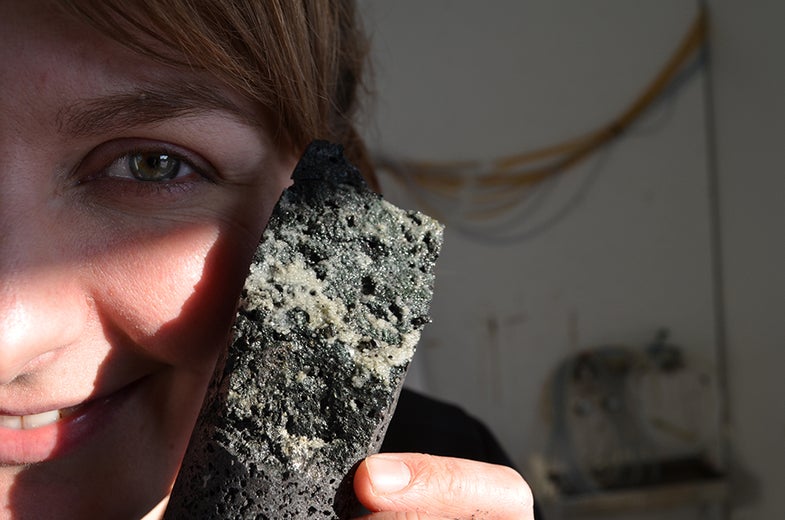 Researchers may have figured out a way to solve our carbon emissions problem–turn the gas into rocks.

In a paper published today in Science researchers announced that they had managed to trap carbon emissions in basalt, a common volcanic rock.

As part of a long-running project called CarbFix, researchers injected emissions from an Icelandic power plant deep into rock formations. The gas reacted with the basalt rocks, forming carbonate, a material similar to limestone. Once turned into carbonate, the carbon can’t leak back out into the environment.

“Our results show that between 95 and 98 per cent of the injected CO2 was mineralized over the period of less than two years, which is amazingly fast,” said lead author Juerg Matter.

In fact, it’s vastly faster than researchers ever dreamed. The most optimistic hopes were that the carbon would solidify into stone in eight to twelve years. Instead, 250 tons of carbon generated from a nearby geothermal plant were almost fully turned into carbonate in just two years.

“This means that we can pump down large amounts of CO2 and store it in a very safe way over a very short period of time,” said study co-author Martin Stute “In the future, we could think of using this for power plants in places where there’s a lot of basalt–and there are many such places.”

Humans put approximately 40 billion tons of carbon dioxide into the atmosphere every year. Carbon dioxide is a powerful greenhouse gas that is contributing to rising global warming, and is formed in part due to the combustion of fossil fuels. Putting some carbon back into the ground could mean a greener future for our planet.

“The overall scale of our study was relatively small. So, the obvious next step for CarbFix is to upscale CO2 storage in basalt. This is currently happening at Reykjavik Energy’s Hellisheidi geothermal power plant, where up to 5,000 tonnes of CO2 per year are captured and stored in a basaltic reservoir.” Matter said. 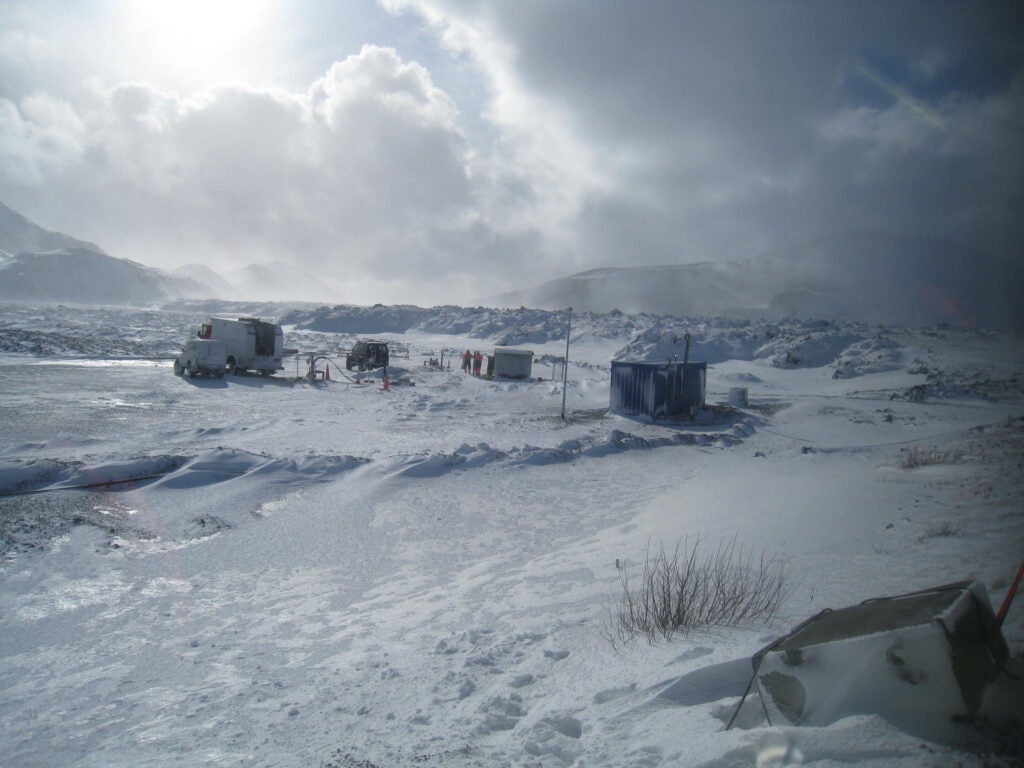 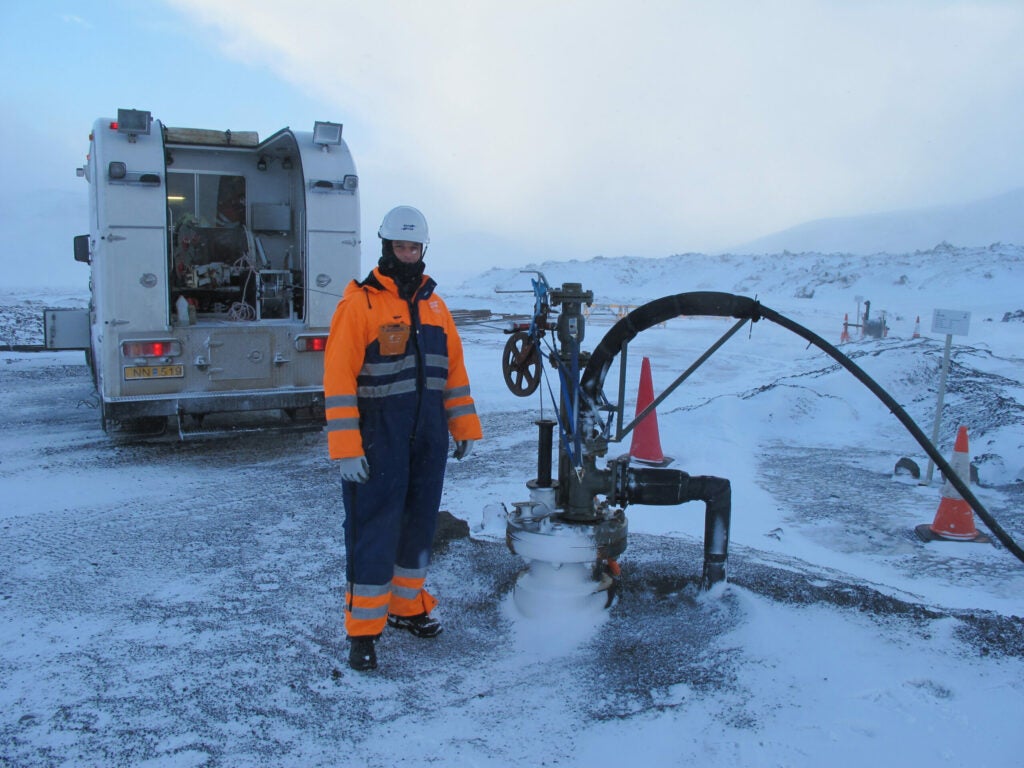 Lead author Juerg Matter stands next to a pilot project. 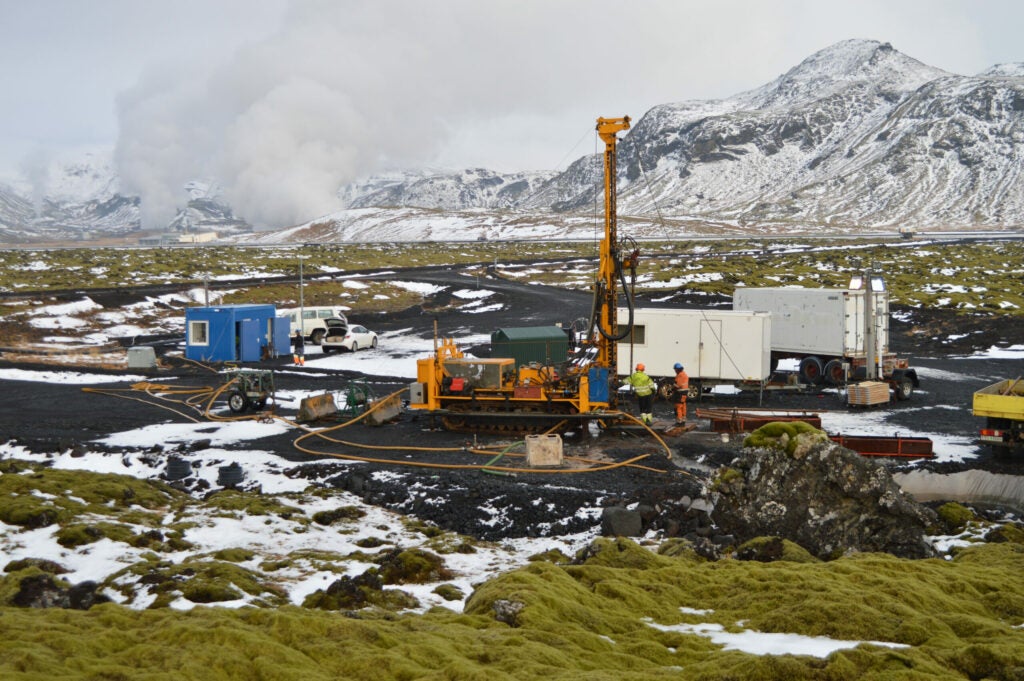 Drilling operations to recover cores from the injection site. A waterfall flows over basalt columns in Iceland. The young volcanic rock reacts quickly and easily with carbon dioxide. 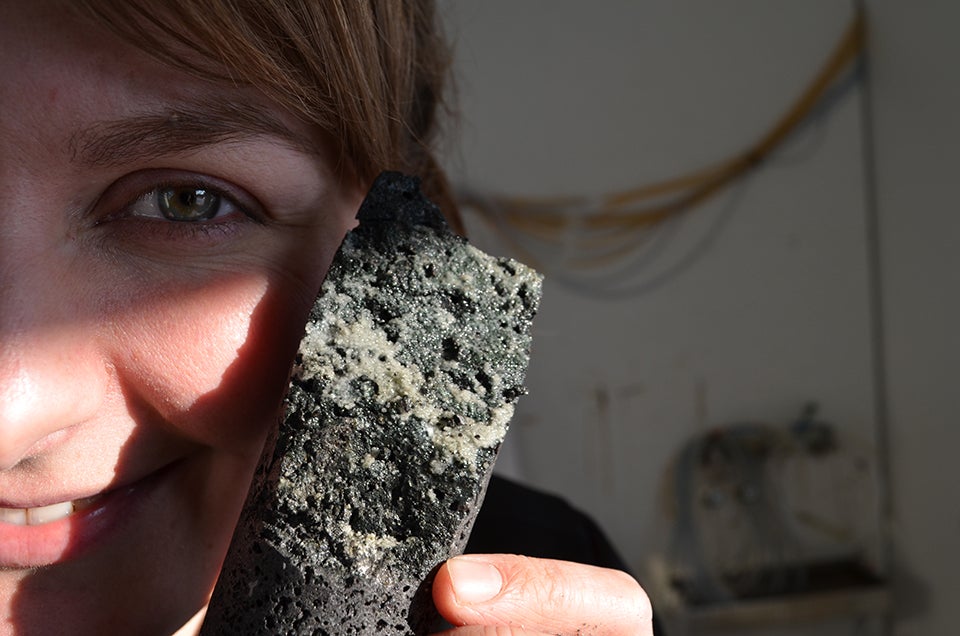 Co-author Sandra Snaebjornsdottir holds a core recovered from the basalt deposits. The whitish color is from carbonate deposits created by injected CO2. 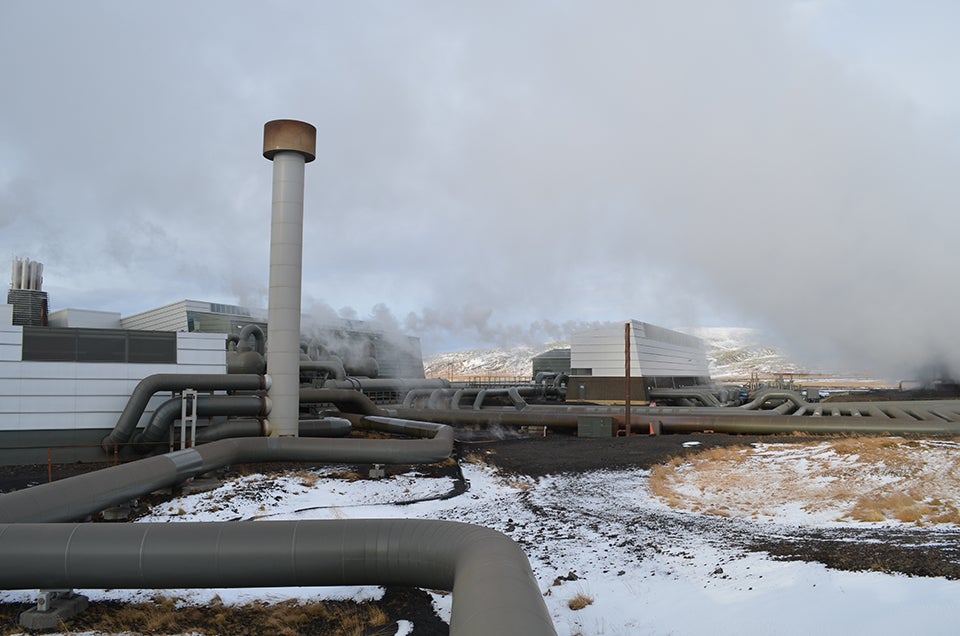