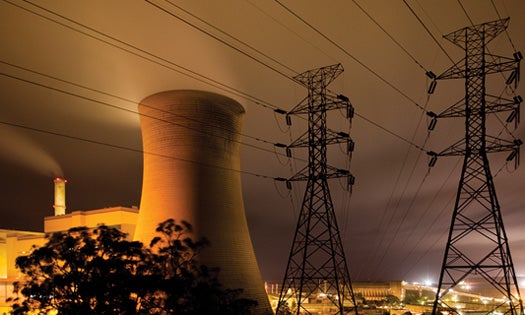 Hurtling at up to six million mph through space, a coronal mass ejection produces shock waves that can damage satellites and electrical surges that can bring down the grid, potentially leading to nuclear meltdown. Paul Souders/Getty Images
SHARE 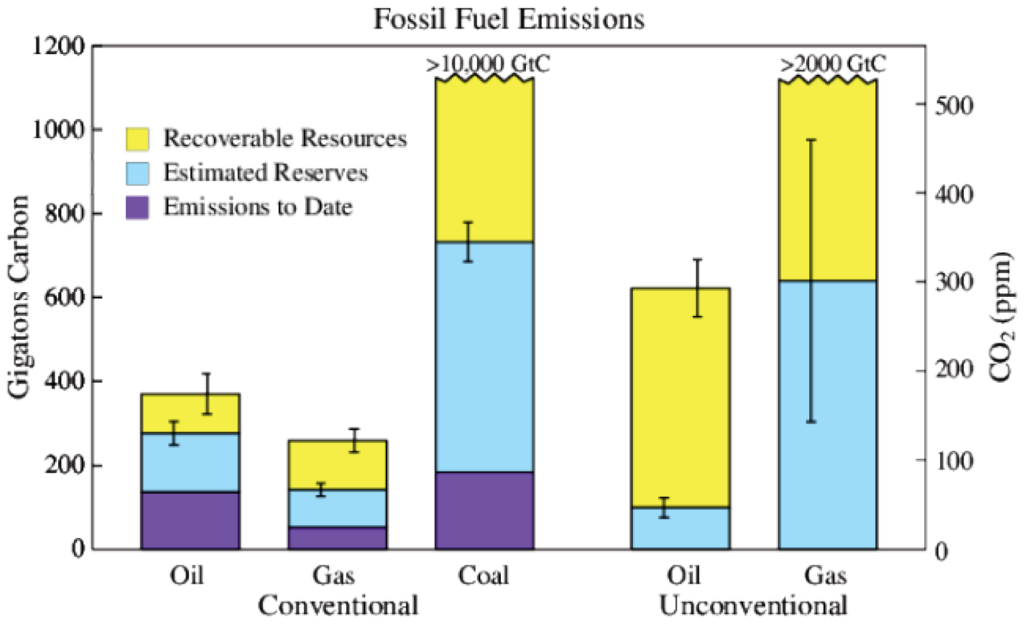 We’ve added about 370 gigatons of carbon dioxide from burning fossil fuels to the atmosphere since the start of the industrial age. Keeping the total to 500 gigatons or less to avoid “dangerous climate change,” says James Hansen, means slashing coal-fired power in favor of nuclear, renewables.

Polluters must pay for their carbon dioxide emissions, and nuclear energy must expand, says climatologist James Hansen, who retired this year from the NASA Goddard Institute for Space Studies. Otherwise there is little chance the world can avoid the worst disruptive impacts of climate change, like unstable coastlines and mass extinctions of animal and plant species.

From the outset of industrialization through 2012, Hansen told fellow scientists, human activities have added about 370 gigatons of CO2 to the atmosphere. Destruction of forests, and soil-eroding agricultural practices, are equivalent to an additional 100 gigatons. These forces have warmed the Earth’s surface temperature about 1 degree C, with more warming inevitable due to slower-moving geo-physical reactions, like the release of excess heat absorbed by the ocean.

Ending use of coal-fired power over the next three decades might hold warming to about that 1 degree, said Hansen. But only if the world does not burn unconventional fossil fuels like tar sands, as well.

With just two percent of the world’s power generated by non-hydropower renewables like solar and wind, said Hansen, only a rapid expansion of nuclear power can realistically slash use of coal and other fossil fuels within the next 30 years. But the public’s emotional, “quasi-religious” rejection of nuclear power is holding back much-needed research and development that would bring advanced nuclear technologies into the energy mix, he said—designs that he believes would largely solve environmental and safety problems that have spooked the public.

He asked his fellow scientists to be braver and bolder about studying nuclear energy and communicating it publicly.

As for putting a price on CO2 pollution, Hansen stated that an “across-the-board fee at the source,” like the coal mine or the port of entry for imported fuel, would be much more effective at ending the use of coal than mandating use of renewable energy. Such legislated “renewable energy portfolios,” which require utilities to get a certain percentage of their energy supply from solar, wind, and other non-fossil sources, don’t take into account either the true costs of renewables, or the artificially low costs of fossil fuels, said Hansen.

Once the price of coal and other fossil energy reflects the actual toll on health, the climate, and the environment, “transparent” and “market-driven” dynamics will suppress their use while making renewables more price-competitive.

Hansen took his scientific and technical data on CO2 emissions and energy supplies from research published last week in the journal PLOS One, “Assessing ‘Dangerous Climate Change'”. IN the paper, Hansen and co-authors try to establish what the maximum safe amount of historical carbon emissions may be, if climate change is to be slowed or stopped.

“Our parents did now know that their actions could harm future generations,” suggested Hansen. “We will only be able to pretend that we did not know.”