In a rare, fatal shark attack, tourist killed in the Bahamas

The odds of this kind of occurrence is still less than 1 in 4 million. 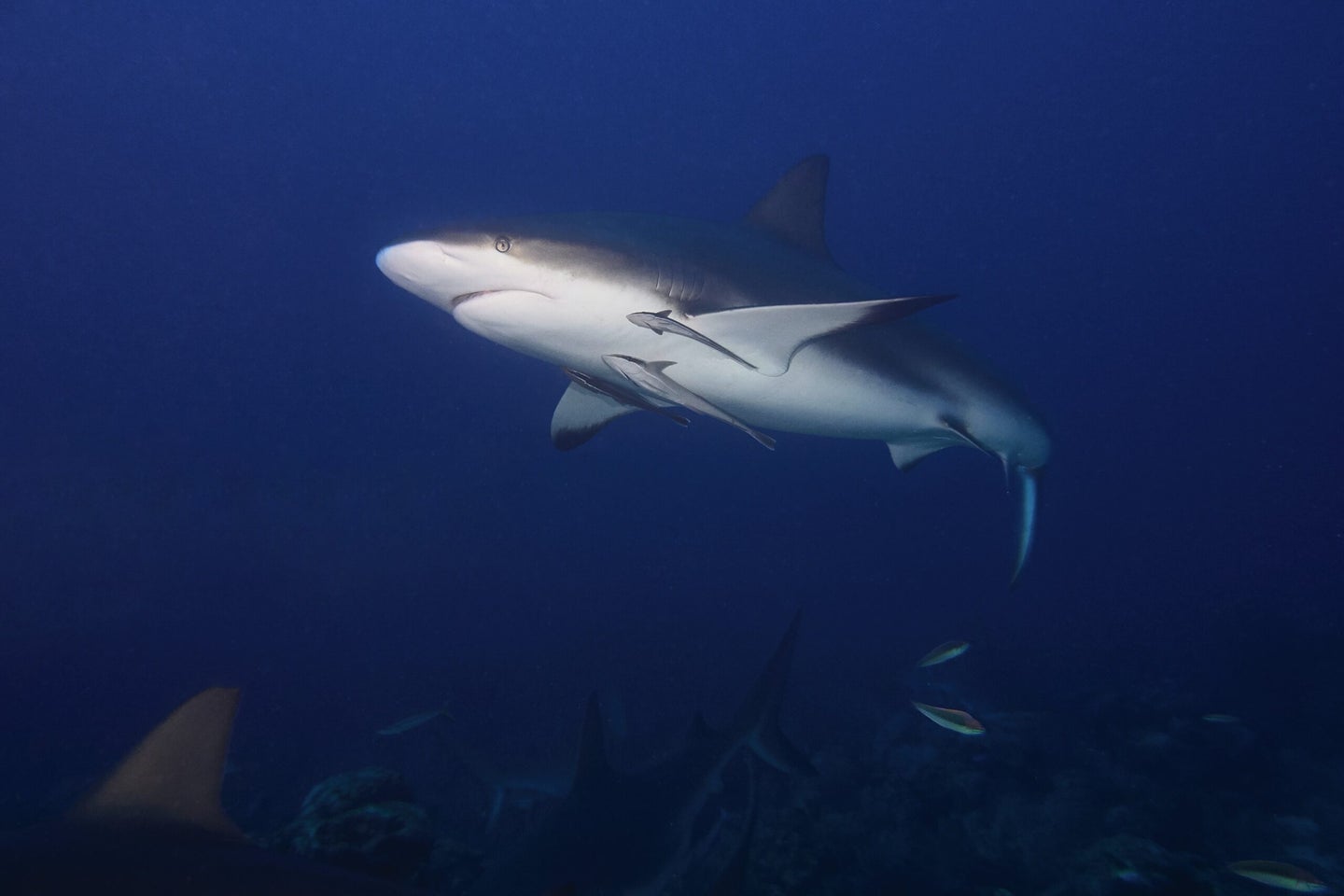 Bull sharks are in the "Big Three" in the shark attack world, alongside white and tiger sharks. Pexels/Berthold Grünhagen
SHARE

A 58-year-old woman from Pennsylvania was killed by a bull shark yesterday while snorkeling in The Bahamas, according to local authorities. The yet to be identified woman and her family were passengers onboard Royal Caribbean’s Harmony of the Seas.

According to Royal Bahamas Police spokeswoman Chief Superintendent Chrislyn Skippings, the family was at a popular snorkeling spot near Green Cay off of the coast of Nassau in the northern Bahamas. She added that the family witnessed the attack and identified the shark involved in the incident as a bull shark. Police also say that the tour company and woman’s family were involved in the rescue.

In a statement to the Associated Press, Royal Caribbean International said that the injured woman died after arriving at a local hospital for treatment. The company also added that they are helping the loved ones and that the family was participating in an independent shore excursion in Nassau.

[Related: Everything you need to know about shark bites.]

The beach where the incident occurred has subsequently been closed and the investigation is ongoing.

Shark attacks on humans are still exceedingly rare. The odds of a fatal shark attack remain less than 1 in 4 million. By that same metric, the risk of death from the flu, drowning, and fireworks are all greater than being killed by a shark.

According to the Florida Museum of Natural History’s International Shark Attack File, last year there were there were 73 confirmed unprovoked attacks (defined as incidents which occurred in the shark’s natural habitat without human provocation) globally, nine of which were fatal. The Bahamas is home to the majority of shark attacks in the Caribbean. Two attacks were reported in 2019, with one of them fatal. The fatal incident involved a Southern California woman who was attacked by three sharks near Rose Island, located just a half mile from where yesterday’s attacked occurred.

[Related: You should never have to fight off a shark—but here’s how to do it (just in case).]

While it is still unclear why sharks attack humans, most scientists agree that it is a case of mistaken identity, where the shark believes that a human is a seal or fish. The Shark Attack File lists white, tiger, and bull sharks as the shark attack “Big Three,” due to their proximity to areas where humans like enter the ocean, sheer size .and teeth designed to shear rather than hold. This makes them incredibly capable of inflicting serious injuries to a victim.

In an interview with Popular Science in July, John Chisholm, an associated scientist at the New England Aquarium who studies great white sharks, recommended taking precautions when entering the ocean. “If you’re going into the ocean, if you’re going into a wilderness area, you have to be proactive,” he says. “Before you go to the beach, you check the weather and traffic. Take a moment to check Sharktivity and with the local lifeguards [for shark sightings], too.” Experts also recommend swimming in groups, removing jewelry which might flash like a fish and attract younger sharks, and avoiding swimming by that sharks like to eat (seals, schools of fish, etc.).